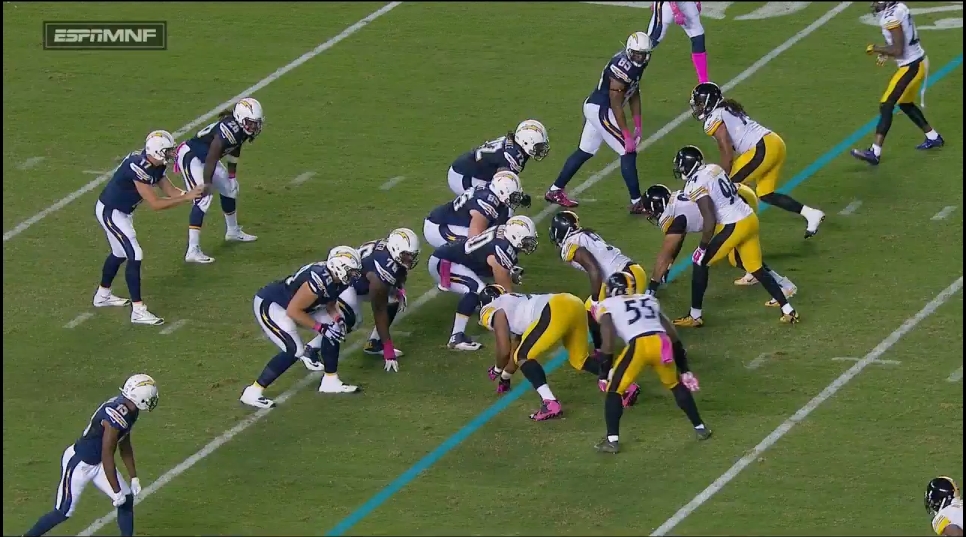 Like we do every four weeks, we visit our Pittsburgh Steelers’ defensive charting and highlight any new or cool data the chart provides us.

– Excluding kneeldowns and pre-snap penalties, the Steelers’ defense has been on the field for 546 snaps. That’s an average of 68.3 per game. They’re on pace for a little under 1100 in the regular season. They only 944 snaps last season. So seeing the field a lot more.

– The Steelers have been in nickel a whopping 62.1% of the time, or 339 of 546 snaps. Their base 3-4 has been used just 32.4%. And over the last four weeks, the last time we looked at this, they’ve used their base defense only 59 times, 21.8%. Incredible how rapidly teams have shifted away due to offensive personnel. Truly, the Steelers’ nickel defense is their base. Ross Cockrell is a starter more than say, Steve McLendon is.

– Opposing quarterbacks are completing 67.4% of their passes against the Steelers’ defense.

– Keith Butler’s overall blitz numbers have slightly dipped since the 34% after the first four weeks, though it figures that number would regress closer to the mean as the sample size increased. He’s down to 32.3%, still well up from Dick LeBeau’s 28% in 2014.

– Last Sunday against the Cincinnati Bengals was the first time Butler did not blitz a defensive back at least once (a stat you may have heard on another site, though the figure is of course ours).

– Had it not been for getting dinged and missing some snaps a few weeks ago, Cam Heyward would be playing all the snaps. On the season, he’s logged 477 of 546, 87.4%. He’s at 94.4% during the last two weeks, including missing just two snaps last Sunday against the Bengals.

– Before injuring his knee, Stephon Tuitt was somehow playing even more at an 89.6% clip. Incredible.

– Healthy and seeing a lot of action with Tuitt out, Steve McLendon is only 76 snaps away from matching his 2014 regular season total of 306 snaps.

– Even with Tuitt missing, Cam Thomas is averaging just over 15 plays per game. That should please Steelers’ fans.

– The sample size is still low, making numbers wonky but here are the yards per carry up the middle (run to left/right guard or over center) with each of the following players at nose tackle.

Keep in mind one of those plays for McCullers was the botched fumble, 15 yard loss by the Bengals last week. And Thomas has only four such counted runs. But McLendon’s number…wow. That is legit with a relatively good sample size (27 runs).

Teams are averaging 4.5 YPC when running to Tuitt’s side and 3.4 to Heyward’s side.

– Lawrence Timmons has played 100% of his defense’s snaps, one of just four defensive players in the NFL to do so. His play may have declined some but you have to remember when you’re at there for that many plays, the sheer volume is going to produce some negative ones.

Jones is getting the Barkevious Mingo treatment, being asked to drop into coverage a ton. He is a below-average pass rusher but that is one reason why his sack numbers are so low. Dropping into coverage over 1/5 of the time.

If you know me, you know I am very stingy with what I consider to be a target for a DB. That being said, my numbers for a couple players in the secondary.

Gay has played the highest volume of snaps, missing just ten on the year. That hasn’t been because of injury, however. All ten came when the Steelers went to their goal line package, taking all cornerbacks off the field.

– Like last year, Carnell Lake has coached his group up well and they’re playing clean. Just four pass interferences calls all year long and one of those came in offsetting penalties. Gay hasn’t been called once (he was called for holding, however). Blake and Cockrell lead the secondary with three penalties each.