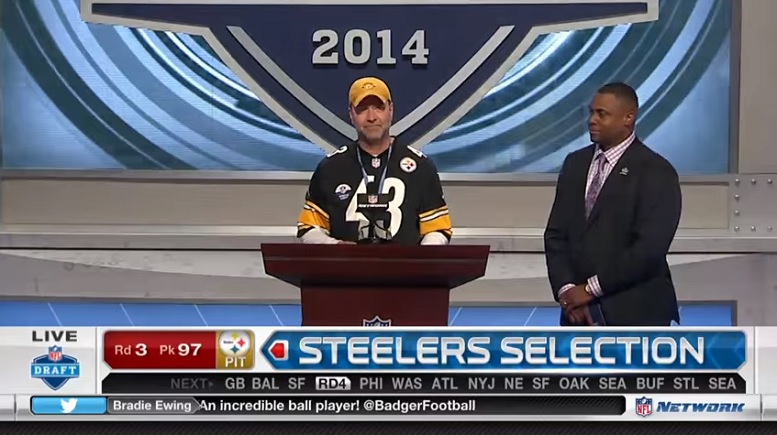 Like or not, you had to know deep down inside that the Pittsburgh Steelers were going to have to part ways with Dri Archer prior to the end of the 2015 season. I’m not even sure what to label him position-wise at this point, so I guess we’ll just call him a kick returner as that’s about all he did in his one and a half seasons in Pittsburgh.

As many of you know, I disliked the selection of Archer as soon as it was made as I just couldn’t see how the team could find a way to get him on the field more than three or four times a game on offense. I kept waiting and hoping over the course of the last several months that he would take a kickoff to the house, or even past the 50-yard-line, but that never happened.

Archer can now officially be labeled as a bust and we’ll now sit back and watch to see if another team can develop him into some sort of contributor worthy of a roster spot.

Drafts are always easy to judge the more time that passes and thus it’s easier now to look back at the 2014 NFL Draft and second guess the selection of Archer in the third-round. That selection, the 97th overall, was a compensatory pick that the Steelers received for losing wide receiver Mike Wallace to the Miami Dolphins during the 2013 free agent signing period.

After Rogers was selected, the Baltimore Ravens drafted tight end Crockett Gillmore, who I actually mocked to the Steelers in the fifth-round immediately after the Senior Bowl. While not a huge contributor for the Ravens so far, Gillmore has caught 30 passes for 363 yards and 4 touchdowns in addition to being a core special teams player.

After Gillmore was guard Brandon Thomas, who was drafted by the San Francisco 49ers and he’s yet to play a down of football due to injuries.

The next two players drafted were cornerbacks as Jaylen Watkins went to the Philadelphia Eagles and Bashaud Breeland was drafted by the Washington Redskins. While Watkins hasn’t developed into anything just yet, Breeland looks like he might just be a keeper.

The next pick was made by the Atlanta Falcons and it was running back Devonta Freeman, who is currently having a fantastic second season. Considering what happened last year with LeGarrette Blount, and ultimately Le’Veon Bell in Week 17, it probably would’ve been nice to have Freeman on the roster come Wild Card game time.

All of the above is spilt milk, however, and like I said earlier, it’s easy to second-guess selections a year and a half after they were made. In closing, it’s probably best to look at the selection of Archer this way. 12 picks after he was drafted by the Steelers, cornerback Ross Cockrell was selected by the Buffalo Bills. Cockrell is now a Steeler so there’s your 2014 third-round compensatory pick. Many of you were probably yelling at the television for the Steelers to draft a cornerback with that 97th overall pick. Well, in the end you got one.

Below is the list of players taken after Archer and before wide receiver Martavis Bryant. Let me know which one player you wouldve drafted with the 97th overall selection in the 2014 NFL Draft.