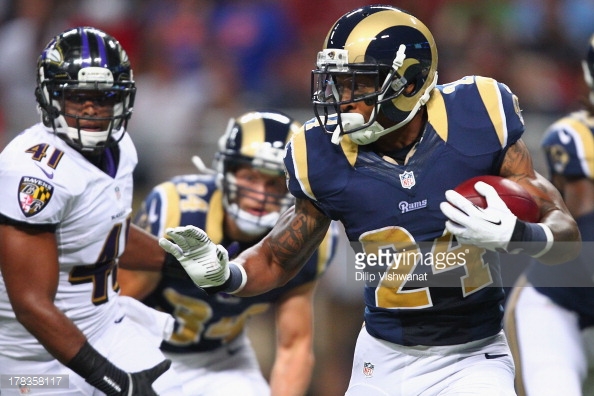 Earlier tonight, we reported Le’Veon Bell will miss the remainder of the season with a torn MCL. Now, the Pittsburgh Steelers are looking for another body at running back.

Their first option appears to be bringing in Isaiah Pead, according to CBS’ Jason La Canfora.

Pead was cut by the St. Louis Rams on September 29th. He rushed twice for the Rams this season, fumbling once, and never panned out as the team’s 2nd round pick in 2012. The New York Jets worked Pead out on October 21st.

The connection makes sense. The Steelers brought Pead in for a pre-draft visit prior to the 2012 NFL Draft.

In three years with the Rams, he rushed for only 79 yards on 19 carries. DeAngelo Williams will still be the starter in place of Bell and it wouldn’t be surprising if Jordan Todman remained the #2.