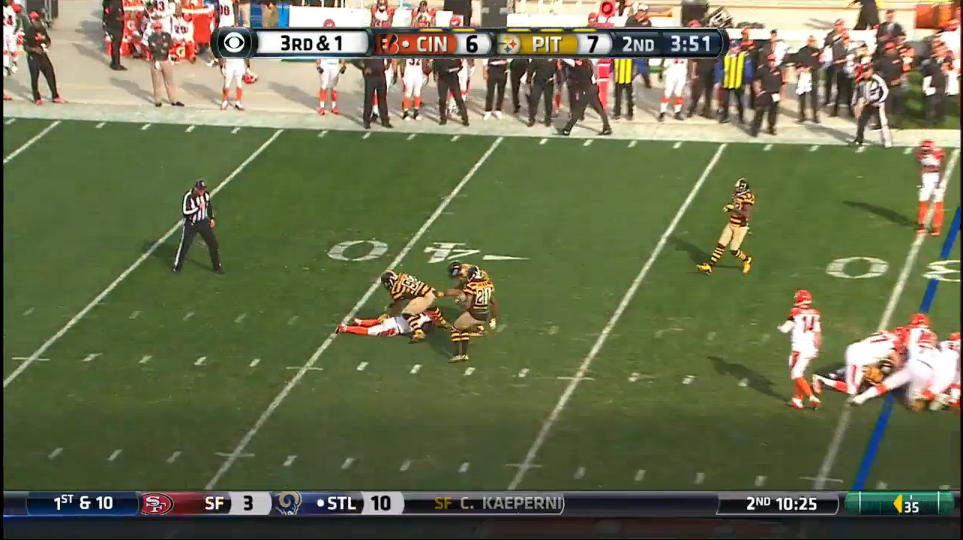 While the Pittsburgh Steelers 16-10 loss to the Cincinnati Bengals is easily one of the more disheartening failures by the team in recent memory, not much fault can be placed on the defense. The unit shut down one of the best offenses in football time and time again, only to be let down consistently by the offense, particularly Ben Roethlisberger.

One of the biggest reasons for the Steelers defensive success was the improved tackling. After a poor contest last week when Pittsburgh missed 19 stops against the Chiefs, the Steelers bounced back with just 10 missed tackles yesterday.

It was the first game since Week 2 against San Francisco that Antwon Blake did not miss a tackle, a nice step up for him after a brutal four-miss game against Kansas City. Clearly finding a leg and wrapping up better.

Timmons continues to struggle mightily with missed tackles, and now has at least one in every game this season except for the victory over Arizona. Should be noted he’s around the ball a lot, but the misses have still been really ugly.

I would almost ignore McLendon’s two misses, because both happened behind the line of scrimmage against a scrambling Andy Dalton. More a lack of agility issue than anything. All three of McLendon’s missed tackles this season have been unfortunate results of positive plays by him, and others are always right there to clean up the mess.

Shazier has missed a tackle in every game he’s played in this season, but after four whiffs last week, one was a notable improvement.