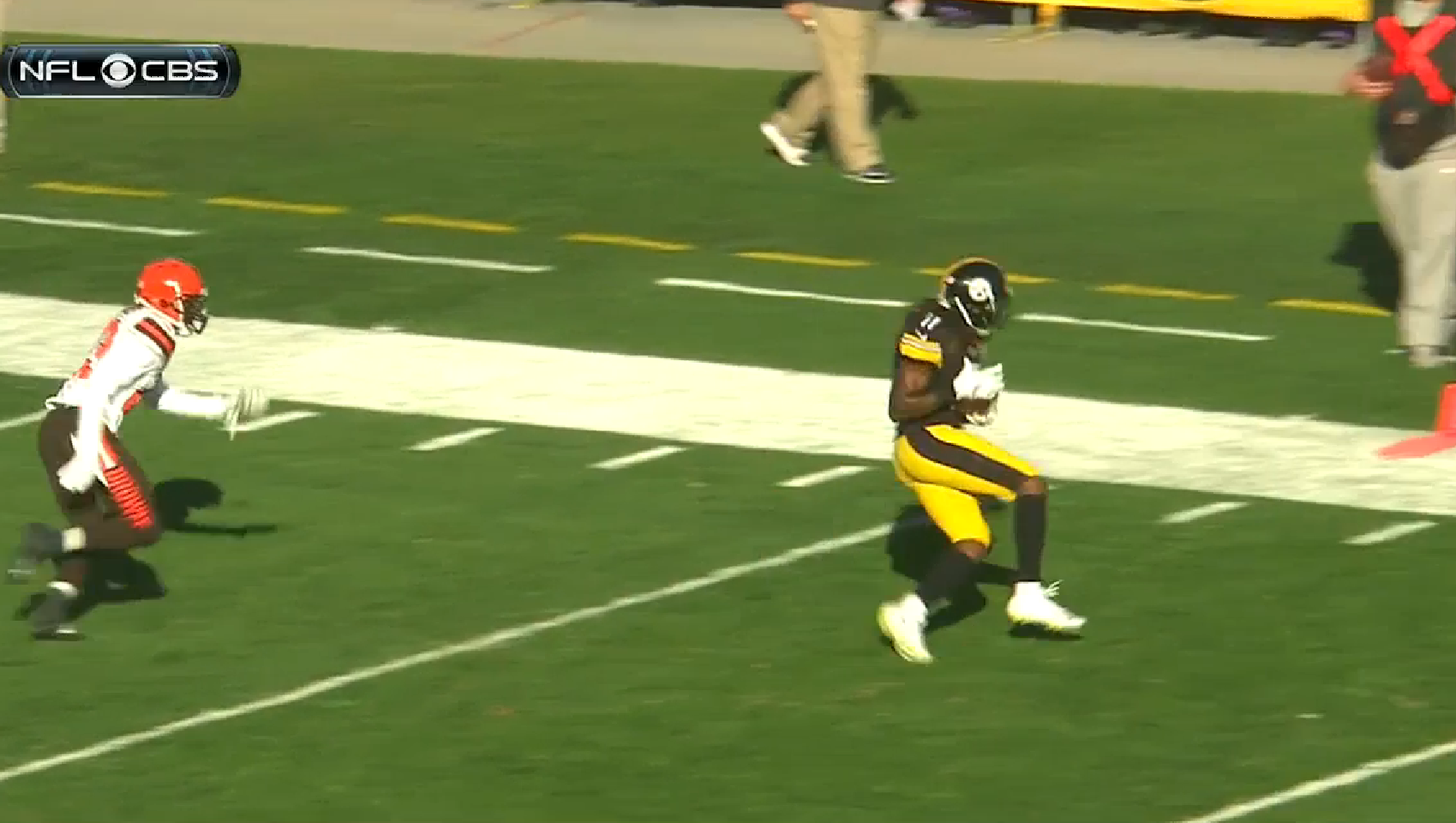 It hasn’t been an easy road for third-year wide receiver Markus Wheaton this season. He spent all of the offseason trying to make the conversion from an outside wide receiver to one who works primarily out of the slot. And when he began to get that in order, the Pittsburgh Steelers were officially notified of the four-game suspension handed down to Martavis Bryant, who was replacing Wheaton in the starting lineup after a breakout rookie season.

So he spent the first five games of the season back playing on the outside, primarily, and then trying to move back to a primarily slot receiver over the course of the past five games. And he did so all the while as the target being short-changed because of all the disruptions at the quarterback position.

As the third wide receiver in a prolific offense that heavily utilizes their running back and tight end in the passing game, Wheaton is frequently the fourth or fifth option on many plays. With three different quarterbacks playing at different times over the span of the past eight games, it has made for a difficult adjustment.

It should go without saying that the less comfortable a quarterback is, the less likely he is to get deep into his progressions before either making an early throw, getting rid of the ball, or scrambling.

I think some of that came into play for Wheaton over the course of much of this season, particularly working with Mike Vick for most of a three-game stretch. The third-year receiver caught just three passes in that span, though it included a 72-yard touchdown pass on a double move, the longest play of his career.

In fact, while he has yet to go a game without a reception, he has had five games in which he has had only one. Last week, his one reception actually went for minus-two yards. The week before that, he had one reception for five yards.

It’s true that Wheaton has not always made the most of his opportunities, which includes not stepping up to make low-probability catches on overthrown passes and other low-percentage throws.

Though he only had two receptions for 18 yards yesterday, however, I feel as though I came away from the game more encouraged about his progression in the right direction, however far that might take him, than I have been in recent weeks.

Part of the problem is, of course, the fact that he just doesn’t see the volume of targets that the other pass catchers on the team do. In fact, he was only targeted twice yesterday.

Both of his catches came in the first half, starting with a seven-yard reception from the Cleveland 23 that brought the Steelers into the red zone and set up a third and short, but the third-down pass was deflected. His second reception went for 11 yards down to the Cleveland 10-yard line, where an incomplete pass from the one on fourth and goal produced a turnover on downs.

Perhaps after the bye week, with Ben Roethlisberger closer to 100 percent, he can get back to being a bigger part of the offense, the way he was expected to be. In the meantime, he will have to settle for making the most of his few opportunities.