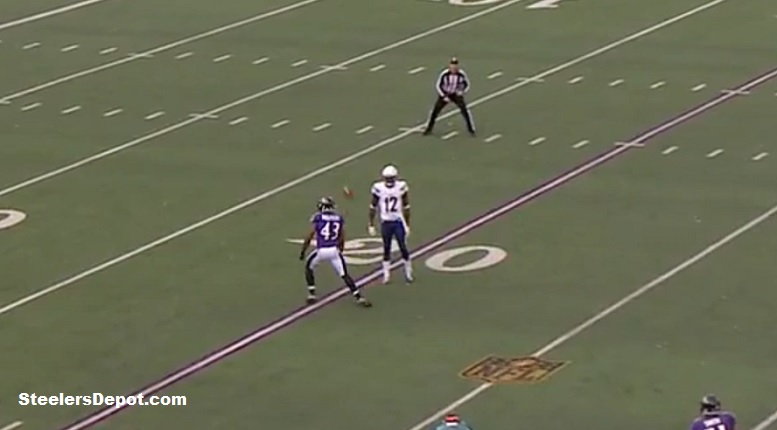 The Pittsburgh Steelers Thursday addition of veteran kick returner Jacoby Jones via a waiver claim probably caught several people by surprise, but now that he’s set to finish out the 2015 season returning kickoffs and maybe even punts, I would highly suggest that you not rush out and buy his jersey.

In March, Jones signed a two-year contract with the Chargers worth $5.5 million and it included a $1.6 million signing bonus. That contract included a 2015 base salary of $900,000, so the Steelers will have to pay the remaining nine weeks of that which should amount to just over $476,470, assuming he’s kept the remainder of the season.

In 2016, however, Jones is scheduled to earn $3 million, so I can guarantee you he will be a salary cap casualty come March as the Steelers simply won’t be willing to pay a veteran player to be just a return man.

As for what wound up being the straw that broke the camel’s back in San Diego for Jones, many are pointing to a fourth quarter punt return opportunity that took place this past Sunday in the game against the Baltimore Ravens.

On the play in question, which you can see below, Jones decided not to fair catch a punt by Ravens punter Sam Koch. Instead, Jones allowed the football to hit at the Chargers 22-yard-line and it subsequently bounced forward and was ultimately downed at the 3-yard-line.

During his Monday press conference, Chargers head coach Mike McCoy was asked if Jones was still his punt returner.

“Yes,” McCoy said, according to Michael Gehlken of The San Diego Tribune-Review. A short pause then reportedly followed. “As of right now.”

The Chargers then proceeded to waive Jones late Tuesday after the trade deadline expired.