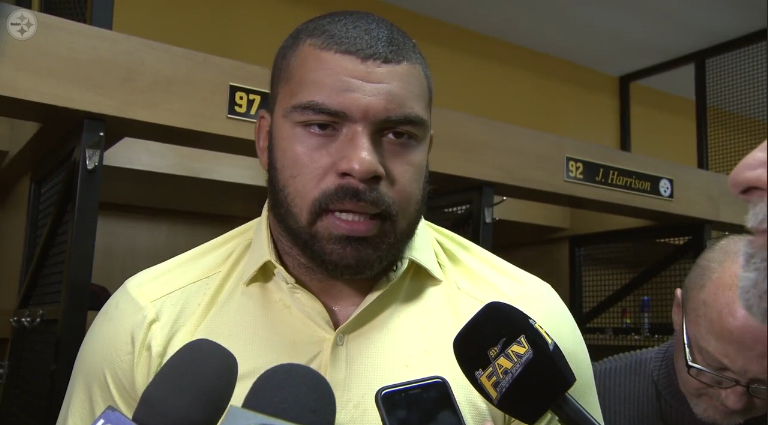 It’s the time of the season when scoreboard watching becomes as common as seeing Christmas lights or half the radio stations playing its music non-stop.

The Pittsburgh Steelers are in a good spot, 6-4, the only non-division leading team above .500 and still with an outside chance of winning the AFC North. But Cam Heyward doesn’t care about what Cincinnati, Oakland, or anyone else is doing. Only Pittsburgh.

“No, if I did that, I’d make myself crazy,” Heyward said in response to if he paid attention to the team’s around him. “The main thing is we can control what we can control. Take it one game at a time and try to win each one.”

Heyward has always had that “we can get better attitude” and he showed it again.

“We’re not in a groove,” cutting off the question about how well the defense is playing. “There are things we can do to improve on. Tackling, executing, turnovers, sacks. You name it, we can improve on. Because I don’t think we’re in any number one categories at all. That’s a thing we strive for.”

The Steelers aren’t in first place in any category, as Heyward points out. But they are top five in points per game allowed, rush yards allowed, and touchdowns allowed.

A leader on this defense, Heyward is in the middle of another strong season. He’s tied for second on the team with four sacks and he and Stephon Tuitt look to become the first pair of Steelers’ defensive ends to have five sacks in a season since 2002.