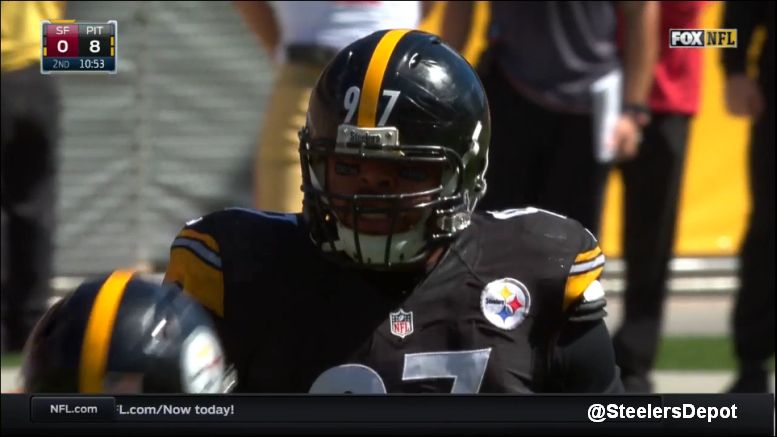 The Pittsburgh Steelers won a pivotal game in the AFC Wild Card race.

But hearing Cameron Heyward talk after, you might have guessed the Steelers lost.

Heyward was predictably disappointed in giving up 35 points and 440 yards to the Oakland Raiders. And he didn’t mince words.

“Offense bailed us out. I didn’t think our defense finished, To give up a [14 point] lead like that, unacceptable. We better learn from our lessons very quick,” he told Mike Prisuta after the game.

Heyward lamented over the Steelers inability to get off the field on third down in the second half.

“I don’t feel like a corner has been turned. It’s a W, but I don’t think you can think we’re turning a corner when we’re almost giving up 500 yards.”

Just one day after the birth of his first child, the Steelers defensive end finished Sunday’s game with 8 total tackles with one of those resulting in loss yardage.

The Steelers will face a less potent offense Sunday in the Cleveland Browns, who came into the week 26th in the NFL in points and 28th in yards. Tight end Gary Barnidge and running back Duke Johnson will be the two top weapons to shut down.