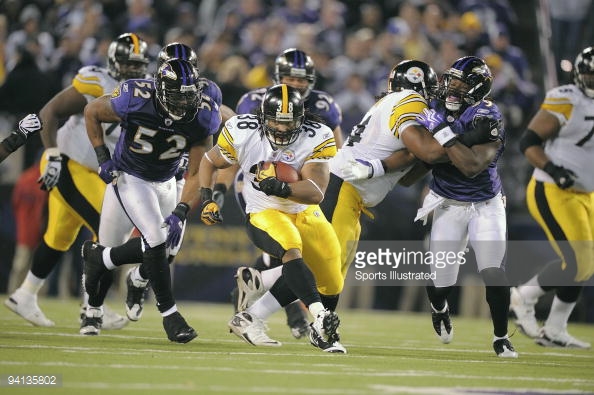 Remember Carey Davis? The fullback you sort of loathed? He might resurface on your television in January.

Davis will serve as the running backs coach for the American Team Offense, the NFLPA recently tweeted out.

Davis entered the NFL in 2004 but enjoyed his most prominent years in Pittsburgh from 2007 to 2009. He had 31 career carries and another 20 receptions in 36 career games. He also served as a vital special teamer, recording 17 tackles in his career. He currently serves as an analyst for 101 ESPN in St. Louis and sideline reporter for the radio side of Illinois’ football.

The NFLPA backfield in 2015 included Ross Scheuerman, who signed with the Steelers as a UDFA. He spent part of training camp with the team before suffering an Achilles injury. He was eventually released with an injury settlement. Two other Steelers participated in the game – offensive tackle Micah Hatchie and tight end Cameron Clear.

Davis will join a well-known group of position coaches. Steve Hutchinson will coach the American offensive line while Darrell Green will work with the cornerbacks.

The NFLPA Game will be played on January 23rd. The game can be viewed on ESPN2.