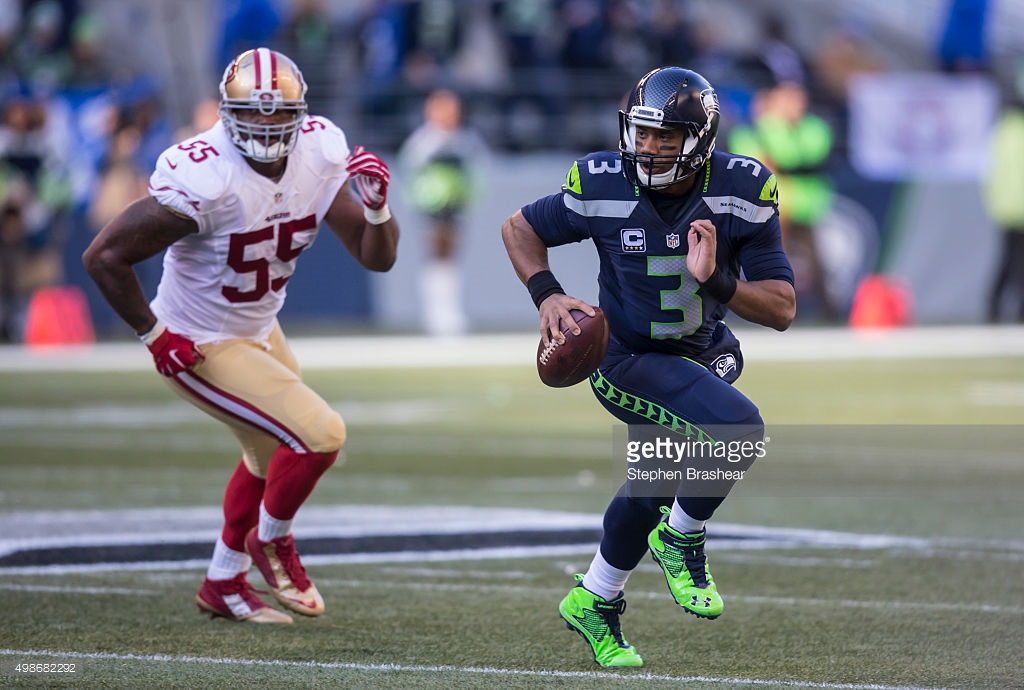 It’s a point we, and the Pittsburgh Steelers, have highlighted all week long. You can draw up the X’s and O’s as much as you’d like, and you know we love to, but scheme doesn’t amount to much when Russell Wilson breaks the pocket and wreaks havoc on your defense.

It’s his calling card and you, I, and the Steelers’ defense are fully aware.

“The biggest thing about him is he knows how to get himself out of trouble,” Antwon Blake told Steelers.com’s Teresa Varley about Wilson’s most unique ability.

He is a good scrambler and that is one of his biggest assets, that and throwing the ball downfield.”

That abiilty to leave the pocket – scrambling, not running – but keep his eyes downfield and make plays with his arm is what seperates him from the heap of other mobile quarterbacks that exist. On the year, he’s rushed for 385 yards. In 2014, we went for over 800 and six rushing touchdowns.

His ability to square his shoulders and throw the ball on the move is, in Keith Butler’s eyes, stems from Wilson’s success and experience as a baseball player.

“He’s a natural baseball player. He gets his hips around, his shoulders around, can throw all the balls like that. He probably was real good at turning two in his playing days.”

Instead of outrunning the catcher’s throw, he’s speeding past linebackers.

“We all have to just do a great job to make sure he doesn’t have good rush lanes and he doesn’t escape the pocket,” Bud Dupree told Varley. “That is when he is at his best.”

Maintaining rush lanes is something Mike Tomlin, Butler, and several players have talked about leading up to the game. Sunday’s success won’t be as much about the outside linebackers getting home as it will be matching the quarterback’s launching spot and contaiing him while the interior rush squeezes and constricts the pocket. Cam Heyward and Stephon Tuitt are going to have to produce and have a favorable matchup against the Seahawks’ underwhelming guard play. They’ll be the difference makers on Sunday.