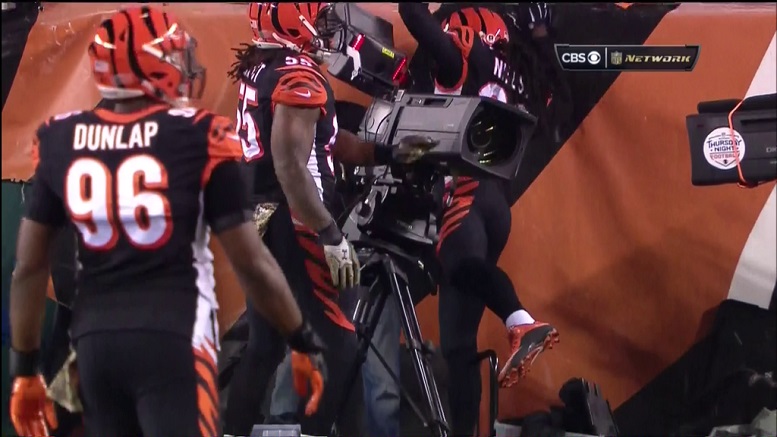 Is it karma? Is it bad luck? Whatever it is, Cincinnati Bengals linebacker Vontaze Burfict temporarily left the Thursday night game against the Cleveland Browns with a left knee injury.

Burfict is the Bengals player who reportedly celebrated last Sunday after injuring the right knee of Pittsburgh Steelers running back Le’Veon Bell. Bell tore his right MCL on the play and is now out for the season.

Earlier this week, Steelers guard Ramon Foster had some strong comments aimed at Burfict during his interview on 93.7 The Fan.

“If you look at the film, and you look at the piles before that play, you can see him grabbing onto an ankle,” Foster said. “He’s the type of guy to do certain things like that. And the good thing about the situation is we get to see him again. We play him twice a year. So, he’s that type of guy. The celebration at the end, that’s been his characteristic right there. He’s the kind of player to do certain things that. Eventually, karma comes to get those guys back, and we’ll see him a second time.”

The left knee that Burfict injured Thursday night is the same one that he had microfracture surgery on last season. Sunday’s game was his first game back this season as he had spent the first six weeks on the PUP list.

Prior to leaving the game Thursday night, Burfict had a confrontation with a camera in the end zone. No word yet if he celebrated after knocking it down.