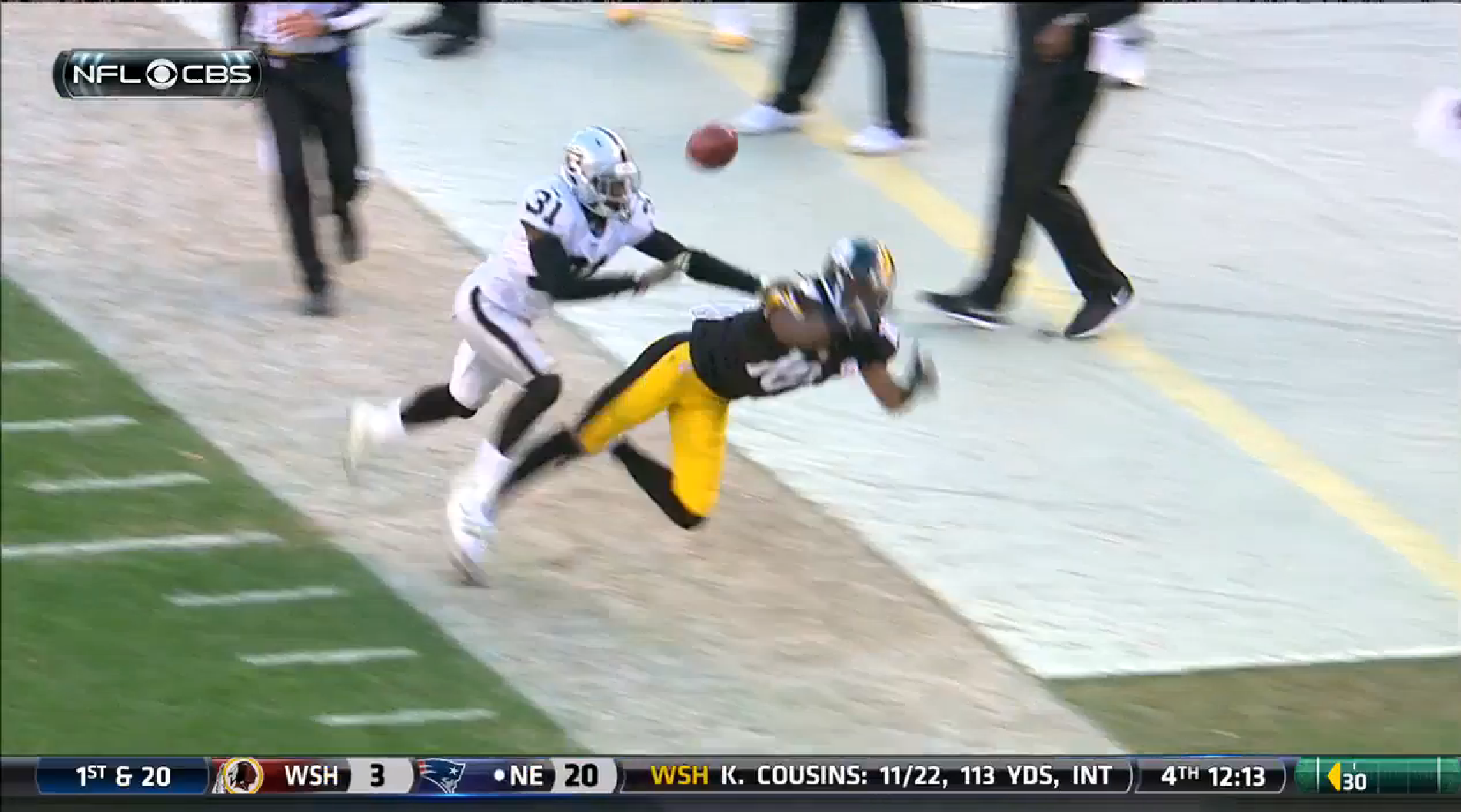 Pittsburgh Steelers second-year wide receiver Martavis Bryant was supposed to break out and become a superstar, a hypothesis that ran into a major road block after the talented pass catcher was slammed with a four-game suspension to start the season, followed by a knee injury that delayed his season debut another week.

He has since played in four games for the Steelers, and he has four touchdown passes to show for it. Pretty good, right? In fact, Bryant has surely played some good ball for the Steelers this year. But he has also shown that he has a long way to go when it comes to bring his all-over game around to a competent level.

For as much effort as he put into improving himself physically and working on his game, the 6’4” receiver still largely gets by on his physical attributes to make things happen. While he has made strides, and his productivity is for sure nothing to sneeze at, his attention to detail is holding him back from being an impact player on every down.

What has been failing him most recently is something that was also all over his college tape, but was not so obvious during his rookie season, and that is his inexplicable occasional inability to simply secure a pass, even those of a common variety.

The first play of the game was a simple seven-yard pass from Ben Roethlisberger to Bryant, targeted right at the numbers that he set for like a baseball catcher. He let the pass come right into his body and drop it.

While every receiver in the game drops the ball every once in a while, this is something that we have known to be an issue for him, and, at the moment, it is affecting his ability to contribute for the Steelers on offense.

And they are aware of it, if the number of snaps that Darrius Heyward-Bey received yesterday is an indication. Bryant was sat down for the remainder of the opening drive after dropping the opening pass—that is, of course, until Heyward-Bey failed to secure a third-and-four pass, after which Bryant was reinserted for a questionable fourth-and-four conversion attempt.

It was Heyward-Bey out there on the next drive, however. In fact, Bryant did not even see another target in the game until midway through the third quarter, a non-descript two-yard screen pass. On the next play, following a penalty, Roethlisberger looked for Bryant deep, who let go of a perfectly arced throw down the field for what could have been an 83-yard touchdown pass. Roethlisberger was intercepted on the next play.

As he does, Roethlisberger came back to him on the next drive, during which he made a catch in traffic and fought for extra yardage on a 15-yard reception. Bryant made amends for his dropped passes by making multiple defenders miss on a 15-yard touchdown off a screen pass later in the game.

At the moment, Bryant’s game is one of seemingly feast or famine. The Steelers will take it, because the feast has proven to be a fine one, but also because they have no other options.