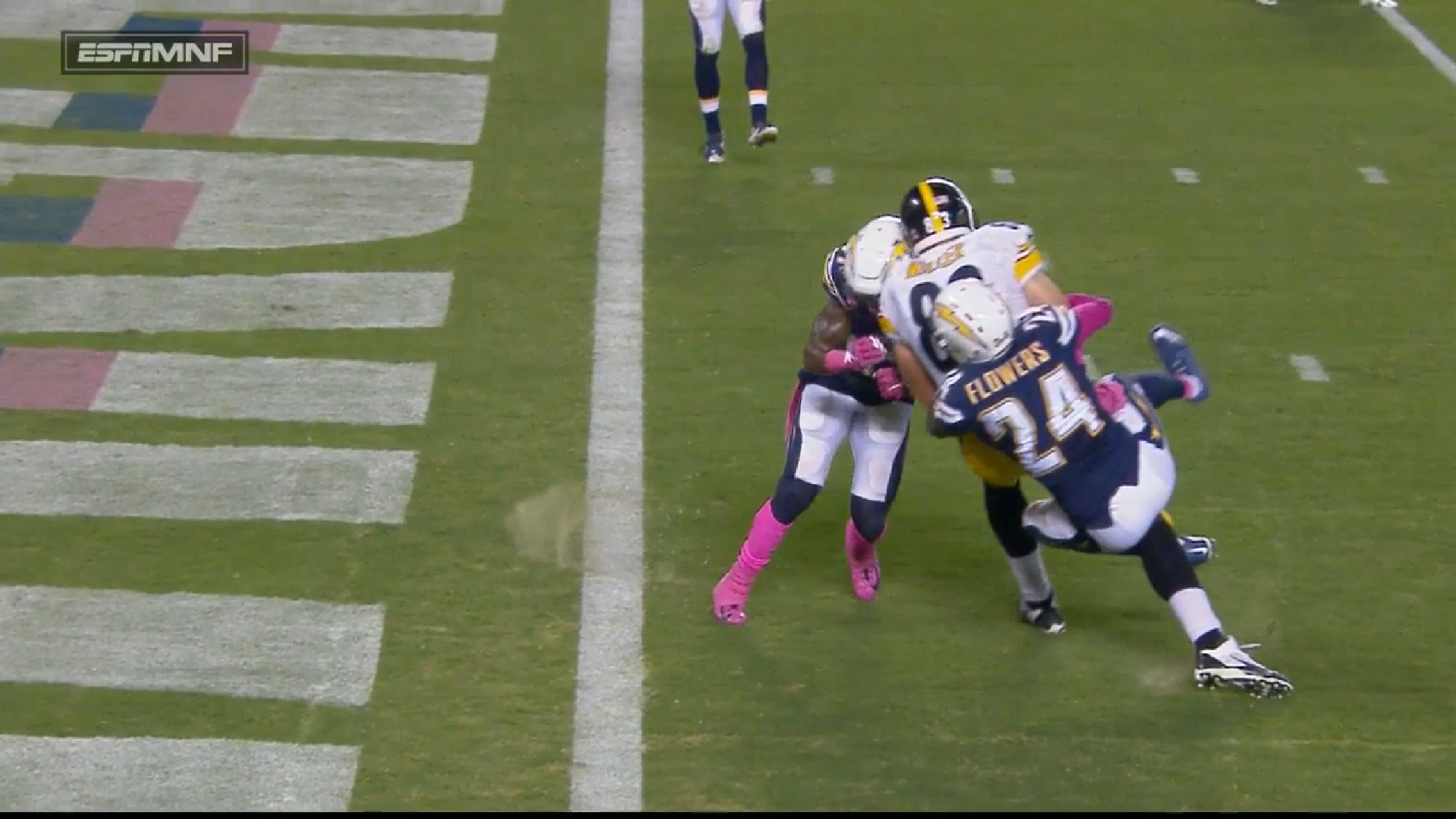 Ever since the season opener, things have been tough for Heath Miller the receiver. He caught eight passes in that game for 84 yards, but he had just five receptions in total over the span of the next three games as his targeted trickled to a crawl. Though one of those receptions was a touchdown, he totaled just 33 yards in the three games leading up to Monday night.

And to be sure, the veteran Pittsburgh Steelers tight end’s impact in the receiving game continued to be reined in, almost by necessity with Mike Vick at quarterback. But he was targeted three times against the Chargers and caught all three passes for 46 yards.

On the second play of the game, Vick rolled out to the left and found Miller down the field as the pair hooked up for a 26-yard gain, though the drive soon stalled thereafter. But his final reception of the game, on the penultimate play, was huge, in many different ways.

With 12 seconds left in the game, facing a third and 10 at the 17-yard line and trailing by three points, Miller lined up as the lone receiver left of the tackle box, outside the numbers, in fact, running a simple curl route inside of the cornerback, using his body and positioning to secure the possession.

Vick’s pass was a touch behind him, but he elevated and caught the ball away from his body pulling it in with no time to brace for the big hit that was administered to him by the incoming safety, toppling down at about the half-yard line.

The adeptness of his break, his ability to reach behind him for the ball all while utilizing his size and spacing to protect the delivery, and surely not least, his toughness to hang on to the ball after receiving a hard, illegal hit to the head all account for a very underrated play in this game, both in its skill and in its impact.

To be fair to the Chargers safety, it may well have been his illegal hit that actually kept Miller from getting into the end zone by himself, and perhaps by that logic he made the right football decision. After all, first and goal from a foot out is not substantially different from first and goal from six inches out.

Nevertheless, it was Miller’s critical reception, on third down, that got the ball right on the cusp of the goal line, that gave Mike Tomlin and the Steelers offense the option, and the ability, to go for the win, rather than play passively and fight for another overtime in a game that they struggled to move the ball offensively.

Miller is not quite the player that he once was, but what he remains—speaking purely as a football player—is still worthy of envy from many teams around the league for what he is able to contribute to an offense as a blocker, as a pass catcher, and as an all-around iron man, who at 33 in a little over a week continues to log nearly every snap of every game.