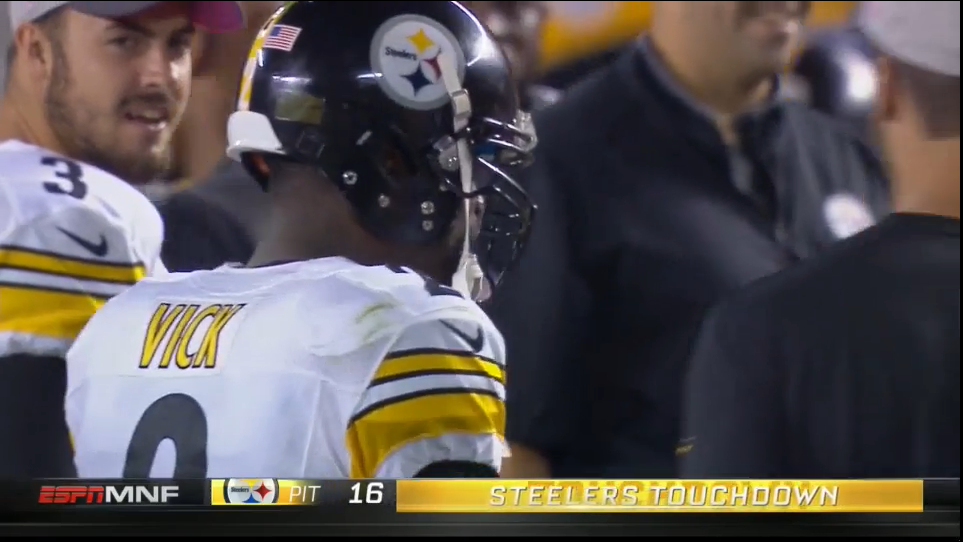 The Pittsburgh Steelers beat the San Diego Chargers Monday night and while quarterback Mike Vick did have a good final two drives in the game, his play in the first three and a half quarters was dismal.

Below is Vick’s passing chart from the Monday night game along with a few statistical observations.

For starters, Vick completed just 13 of his 26 pass attempts in the game. However, thanks to his long touchdown pass to wide receiver Markus Wheaton, he was able to register a 7.81 yards per attempt number. One of his incompleted passes was a spike.

It should also be noted that 7 of Vick’s 13 completed passes Monday night were what we called failed completions and that’s till way too high of a percentage.

As you can see, Vick really stayed away from the middle of the field on all of his throws that flew 10 or more yards in the air past the line of scrimmage and this certainly isn’t surprising.