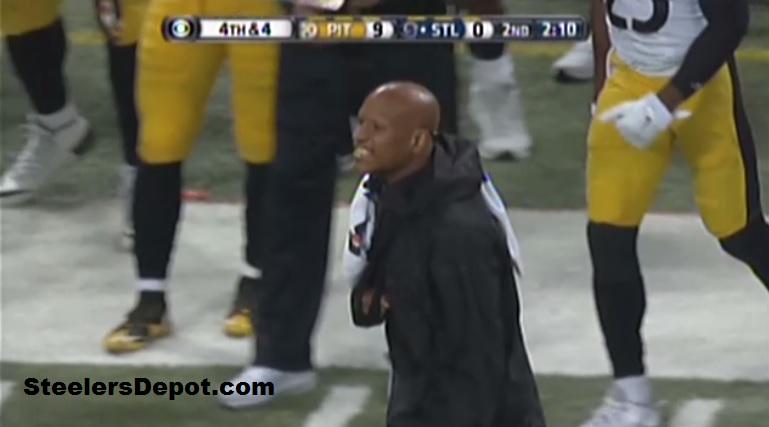 I would imagine that the alarm bells are dinging in the minds of many cynics today, a day after Pittsburgh Steelers second-year linebacker Ryan Shazier was ruled out for the third straight game.

In spite of the fact that he did not miss much time during his collegiate career, he did often play through injuries, which segued nicely into his rookie season, during which he suffered three separate injuries that caused him to miss time, though the first occurred during training camp.

Shazier has been absent from the stadiums in which the Steelers have played since he stole the show defensively in the team’s commanding home-opening victory over the 49ers, during which he registered 15 tackles, including three for a loss, to go along with a sack, a forced fumble, and a recovered fumble.

During the process of making his final tackle, the former first-round pick suffered a shoulder injury that has proven to linger beyond what most everybody seemed to initially expect, but one can probably safely assume that Mike Tomlin is largely taking extra precaution with his valued prize.

Shazier did practice fully a few times this week while in and out of a sling, and his comments after practice seemed to hint at the belief that he feels as though he would be ready to play, but it was Tomlin’s call to hold him out at least one more week in the hopes of getting that shoulder right to reduce the likelihood of further injuring it.

This seems to be in contrast of last season, in which it was hinted by some in the local media that the coaching staff was unsatisfied with the then-rookie’s toughness, or rather his tolerance—his willingness and ability to play while injured.

No doubt, the fact that the Steelers place a lot of trust in the shared abilities of Sean Spence and Vince Williams have much to do with the decision to hold Shazier out, even if I have been a bit critical of their play over the course of the past two games. A bit more consistency from both certainly wouldn’t hurt while the starter is out.

But I see this move largely as looking at the big picture for Tomlin, knowing that getting his shoulder closer to 100 percent now for later in the season means more to the team as a whole than getting him back into things for the fifth game of the regular season.

The fact that he is, or has, practiced is a plus, meaning that he has been able to stay in rhythm with the defense, even though he will not be given the opportunity to take the field with them for at least another week.

When he does get back, it will serve him better in the long run, or so the theory goes, assuming that he did not have a setback that caused him to miss the final practice and rendered him unable to play, rather than it having been a coach’s decision based on precaution.