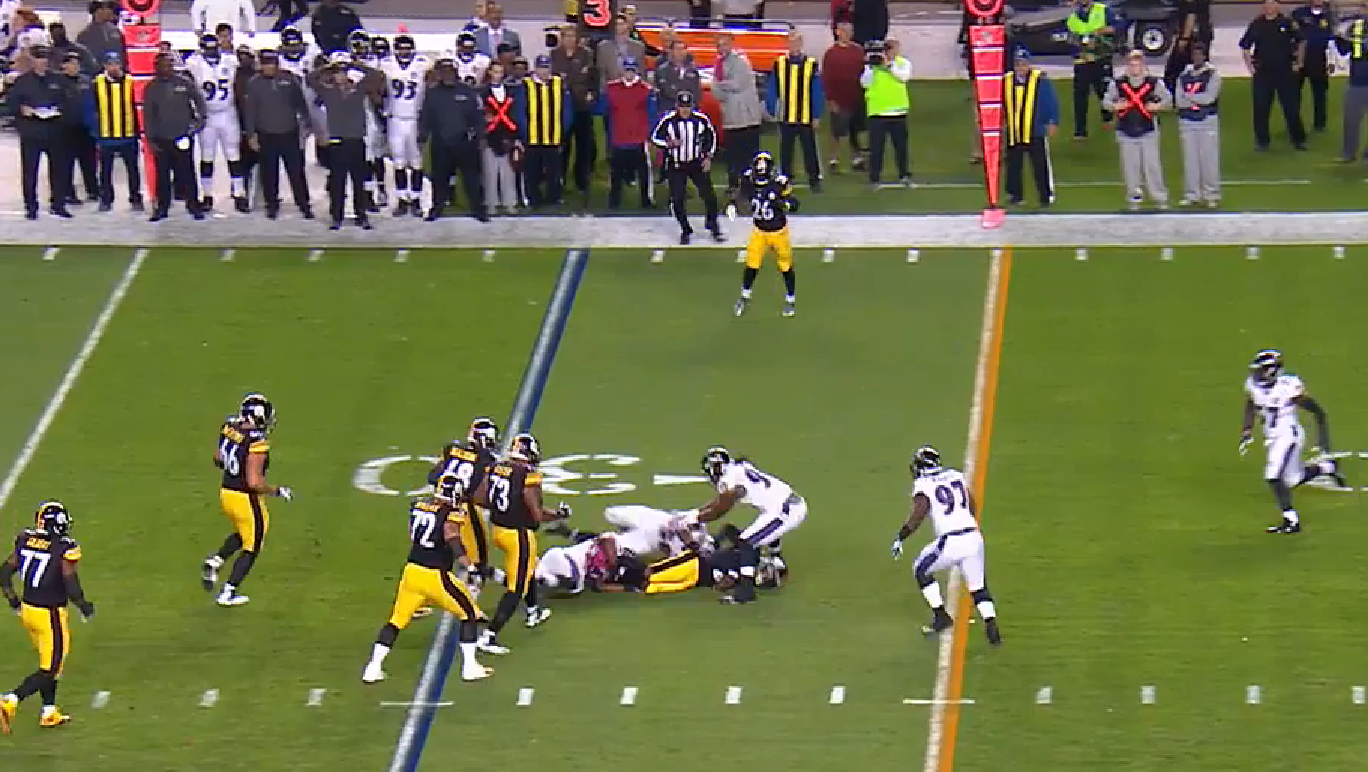 While much has been discussed regarding the shortcomings of a Pittsburgh Steelers offense that is bereft of his Pro Bowl quarterback, Ben Roethlisberger, I think that one difference-making area of the offense that is suffering in particular has been the ability to create yards after the catch with short passes, and area that is largely dominated by running back Le’Veon Bell.

Last season, the third-year back broke out in a big way, catching 83 passes for 854 receiving yards, both of which are franchise records for a running back by a substantial margin, but with Michael Vick under center, he has not been given the same opportunities, either in quality or quantity, and the offense is suffering because of it.

While Bell received seven targets in Vick’s first start against the Ravens, and he fielded all seven of them, his yardage total amounted to just 21, his lowest receiving total in a game in which he had more than two receptions since Week 14 of his rookie season—the only time that has happened.

Bell averaged just three yards per reception, an abysmal total, but it was not because he was unable to make any plays. He was simply rarely put in a position to gain yardage after the catch.

16 of his 21 yards came on two plays, one on third and 16 on the opening drive in which he picked up nine in open space, and the other on second and 12 in which he got to the perimeter for seven.

On the remaining five receptions, he totaled five yards. On only one of these throws would I estimated that the offense did not fail to maximize the potential of the play, and that one went for two yards thanks to good coverage by the Ravens linebacker.

On two occasions, the blocking failed the play, an example being the first play of the second quarter in which Bell was dropped at the line of scrimmage because a lineman had been unable to pick up the linebacker.

On the other two occasions, Vick’s timing and delivery prevented Bell from being able to turn, cut, and run efficiently, minimizing his ability to move past defenders and gain yards after the catch, to predictably poor results.

This is failing to mention the multiple occasions in which Vick either chose not to throw to Bell—one of which being a third-and-five play on which he scrambled for three yards, passing up an obvious first down had he thrown it to the back—or simply never looked his way.

There was a small handful of opportunities throughout the Ravens game for the Steelers to pick up chunk yardage on short passes to Bell that failed either because the delivery was poor, the blocking failed, or the offense simply never got him the ball in the first place.

The All-Pro back has the type of resume that screams for the quarterback to look for him in these situations, as Roethlisberger has learned to do, and the offense has prospered because of it. Vick and the offense must get back to this game plan next week.