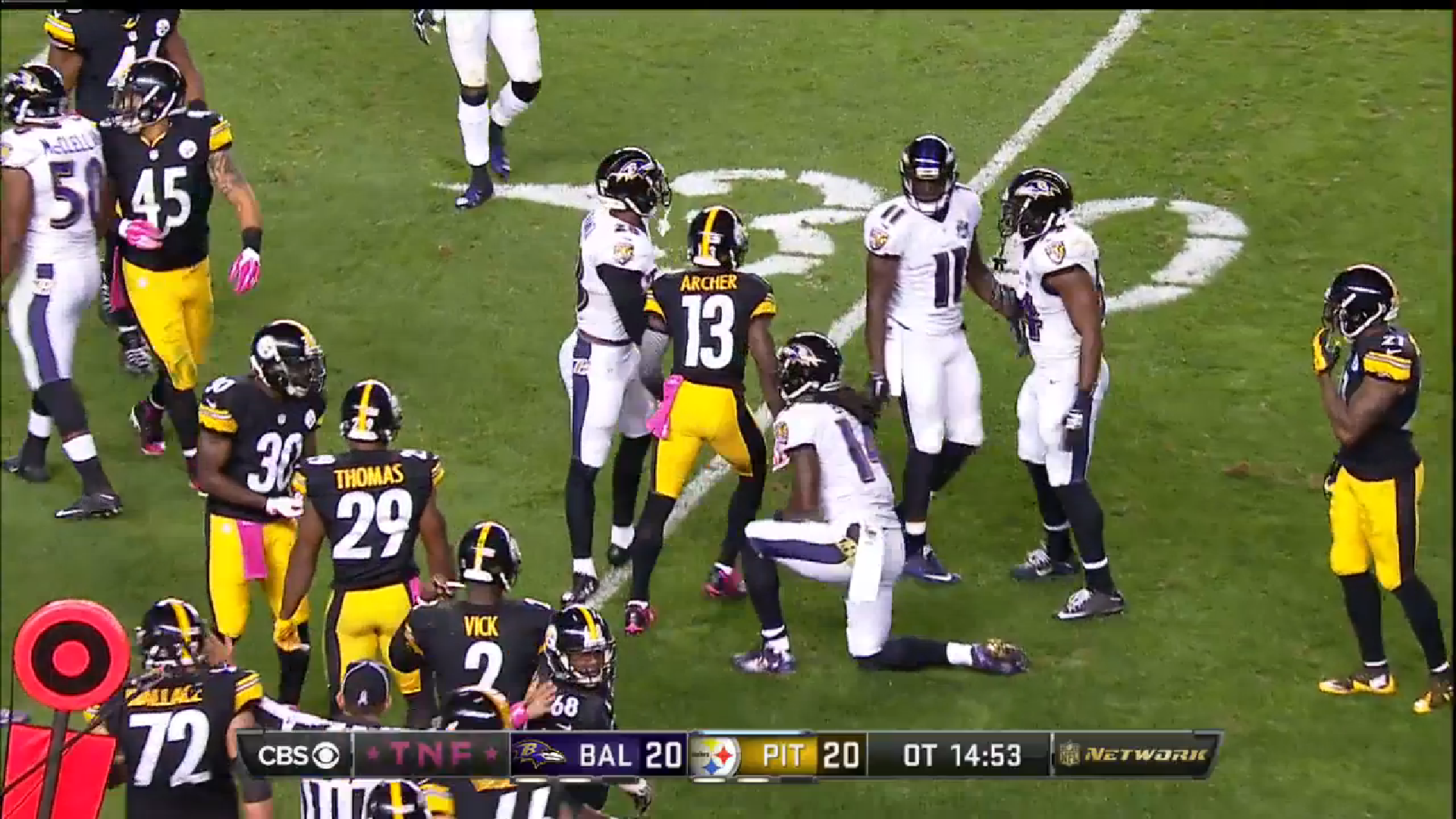 When it came to special teams play on Thursday night, there were enough negatives for the Pittsburgh Steelers to overshadow any positives that were worth mentioning against the Ravens. Headlined by a pair of missed field goals from now-former Steelers kicker Josh Scobee, either of which likely keeping the game from reaching overtime, it was certainly a disappointing evening for Danny Smith.

But if there was any positive to take away from the night, it was that the Steelers were able to show life in the return game, including kick returns, which has been a rare sight of late, and the returner showing life is as noteworthy as the return itself.

Dri Archer, much maligned after the Steelers made him the 97th overall pick in the 2014 NFL Draft and subsequently failing to make an impact on offense or special teams—he failed to return one kick out to the 20-yard line, had his best regulation touch of his career, and it came at a potentially pivotal moment, kicking off overtime.

After the Ravens had managed to tie the game at 20 with a last-second field goal, the Steelers were fortunate to win the overtime coin toss to field the ball first, and for the only time all night, Ravens kick Justin Tucker’s kickoff was returnable.

Baltimore kicked off with a tight formation, attempting to squeeze the return inside with the edge of the perimeter being set at just outside the numbers, but Archer was able to find a crease along the right side for a 35-yard return out to the 31-yard line.

Noteworthy in helping to make the return happen were Shamarko Thomas, Jordan Todman, Will Johnson, and Roosevelt Nix, whose blocks along the right side carved out the space necessary for a positive return.

Archer deserves credit as well, beginning with his ability to reset after fielding the kick more than a third of the field’s with lateral from where he set, with Tucker trying to kick away from him. He eluded one potential tackler just past the 10-yard line before running through a bit of traffic and being brought down.

The Steelers were able to get three successful punt returns, but when your returner is Antonio Brown, an All-Pro wide receiver and a former Pro Bowl performer specifically as a return man, having success in this department is not exactly foreign.

The reigning receiving champion was able to break off a 13-yard return on the Ravens’ first punt of the game after fielding it at the eight-yard line to give the offense field position just outside its own 20-yard line.

Most of the credit on that punt, admittedly, goes to the right-side jammer, who kept the Ravens’ front line at bay. Late in the second half, Brown had a nine-yard return to the 40-yard line on which he stiff-armed the first would-be tackler.

Finally, in overtime, Brown set the offense up at the 41-yard line with a 29-yard return that he initially muffed before scooping up and advancing. This one was on him, as he used his phenomenal short-area quickness and awareness to string the return out to the right edge after clearing traffic, outrunning one defender. He juked another defender before being tackled, but stepped out of bounds in the process of making the cut.

Watching Brown create offense on returns is nothing new, but seeing Archer have a positive return was a welcome sight. He has the college resume that shows he is capable, but he has so few opportunities to even demonstrate it, and had as of yet not taken advantage of them. could this be a turning point?