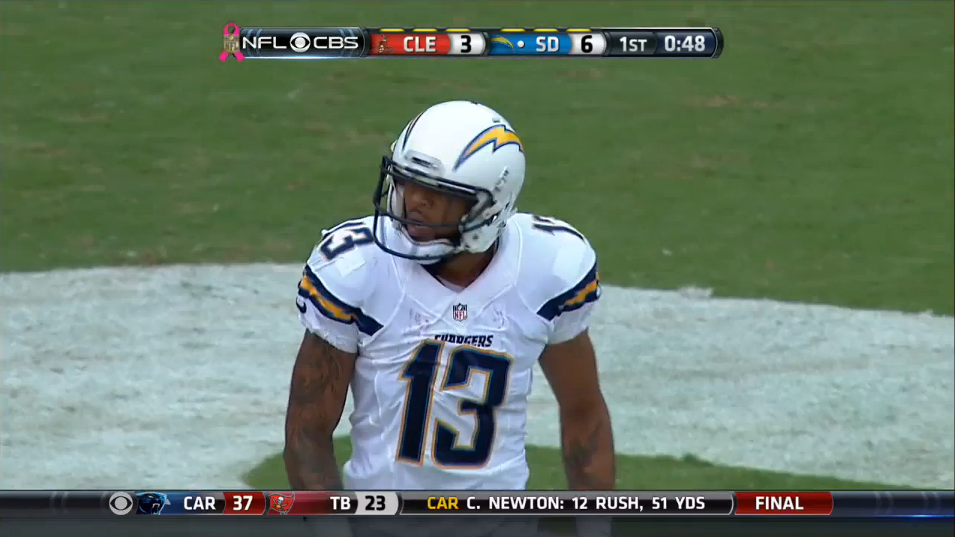 Before the regular season began, many NFL pundits were already speculating that the Pittsburgh Steelers may feature the worst secondary in the league. After Week 1 and Tom Brady’s four passing touchdowns, the speculation became an almost certainty. Not only could no one matchup with Rob Gronkowski or Julian Edelman in coverage, the defensive backfield didn’t even carry out their assignments half the time.

Since then things have improved markedly, albeit while facing three of the more inefficient passing attacks in the NFL. Colin Kaepernick is in the midst of a miserable season in San Francisco, while Nick Foles remains maddeningly inconsistent in St. Louis. Joe Flacco would have been a good test this past Thursday, but with Baltimore hurting at the offensive skill positions, the Steelers’ rivals were much easier to defend than in past meetings between the two teams.

The Chargers will offer no such luxuries, featuring an offense with plenty of talent and one of the best quarterbacks in the game. Phillip Rivers currently leads the second-ranked passing attack in the NFL, throwing for an average of 309 yards per game. He has a host of dangerous weapons, including the explosive route-running abilities of Keenan Allen and Stevie Johnson, and the massive catch radius of Malcolm Floyd. Antonio Gates returns to the lineup after a four-game suspension, and backup tight end Ladarius Green has finally begun to recognize some of his awesome potential.

We haven’t even mentioned the triple threat rushing/receiving attack out of the backfield that the Chargers feature, led by former Patriots running back Danny Woodhead. The versatile back has teamed up with rookie first rounder Melvin Gordon and the diminutive, yet shifty Brandon Oliver to consistently give San Diego adept receiving options in the short-intermediate game.

Pittsburgh’s secondary could get some relief if Floyd (concussion) and Johnson (hamstring)are unable to go on Monday night, as both players went down last week against Cleveland with injuries. Even if the duo is unable to go, San Diego features a wide array of talented pass catchers that could create mismatches all over the secondary for Pittsburgh.

The Steelers have battled back after a rough start to currently rank 13th in the league against the pass, allowing 232 yard per game. That progress could be stymied this weak against a more advanced passing attack, but it shouldn’t be because of a talent discrepancy.

If there was ever a week for the Steelers coaches to wake up and utilize Brandon Boykin, it is this one. Boykin’s fluidity and quickness in coverage is the perfect skill set to neutralize the technique and footwork of Allen or Johnson, should he play. Johnson typically operates from the slot, and is incredibly explosive in his footwork, far too quick for Antwon Blake or likely even Ross Cockrell to handle. William Gay may be able to stick with him, but his skills would be far better utilized to contain Allen, while Boykin mans the slot, his most comfortable position.

If Cortez Allen and Floyd were both to return for their respective teams this week, that is a matchup where I’d like to believe the Steelers cornerback can at least hold his own. Floyd isn’t a very explosive player, but the 11-year veteran has made a living on contested catches thanks to his 6’5 frame and remarkable concentration. I’d prefer to see Cockrell on Floyd at this point however.

We’ll see how Pittsburgh chooses to defend Gates, who isn’t nearly as explosive as he once was, but can still hurt defenses with his sneaky athleticism and strong hands. My guess is we’ll see Will Allen on him a good bit. Green might be the more dangerous of the two tight ends at this point, but expect San Diego to spread the Steelers out and force them to confront four-wide looks quite often.

If healthy, the Chargers will provide Pittsburgh’s secondary with the most daunting task they have faced this season since Week 1. In an incredibly important game for overall record and potential playoff tiebreakers, the defensive backfield must be prepared to continue their progression, or risk falling to 2-3 on the season, with Arizona next up on the schedule.