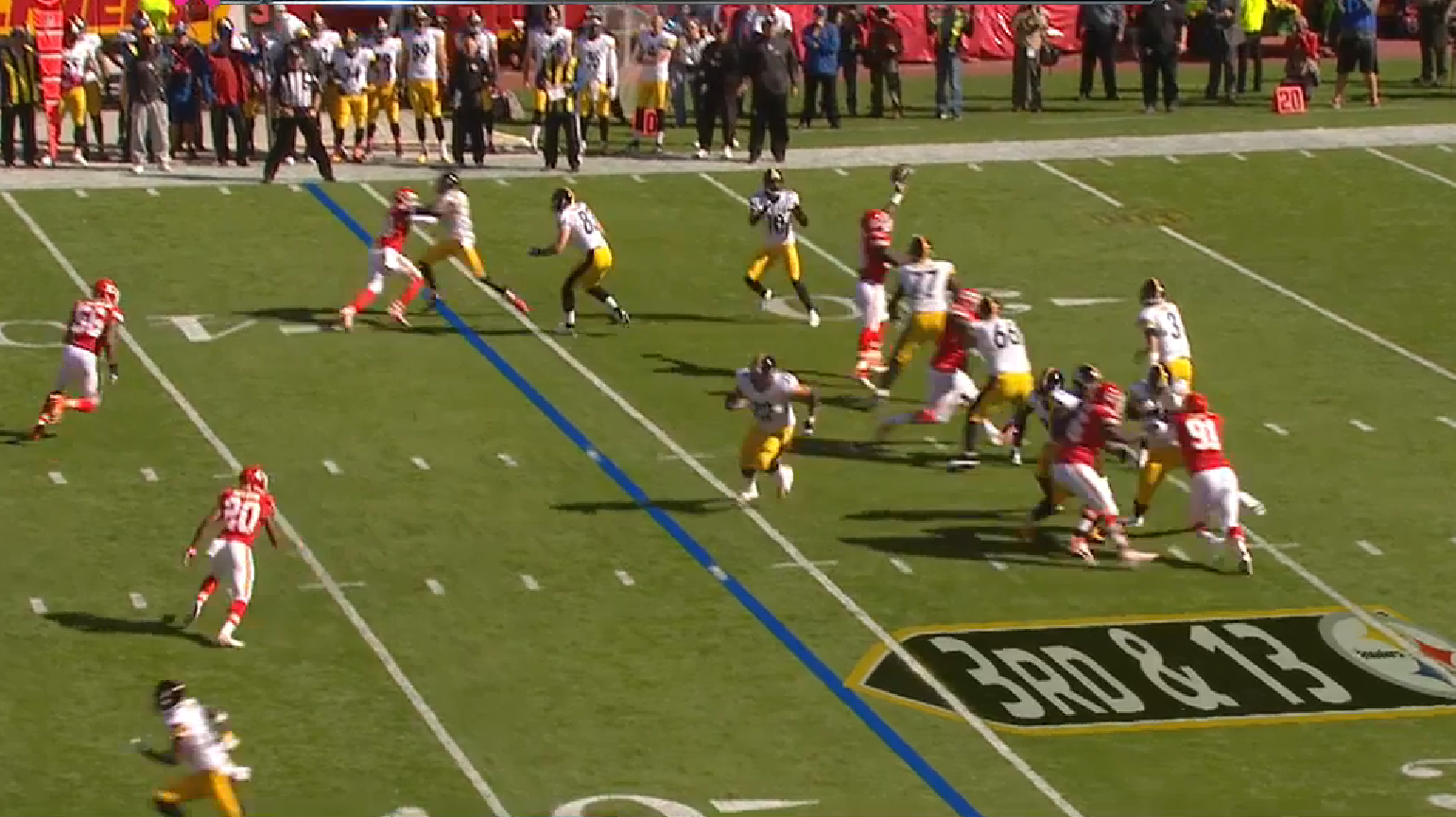 When it comes to backup quarterbacks for the Pittsburgh Steelers, it didn’t matter who was under center in one particular category. It was universally true that the offense was hovering right around the ‘abysmal’ mark when it came down to producing on third down.

In fact, it started immediately in the Rams game with Mike Vick replaced Ben Roethlisberger late in the third quarter. Up to that point, Roethlisberger and the Steelers had successfully converted on six of seven third-down opportunities.

With Vick in the game, the Steelers ran five possessions that did not consist of kneel downs, and all five ended on the first third-down opportunity of the drive. Four of those five drives were, in fact, three-and-outs. In all, the Steelers went 6-12 on third down in the game, but 0-5 after Roethlisberger left the field.

The following week, with Vick making his first start with Pittsburgh, the offense was spectacularly bad on the most pivotal down, converting just two of 13 attempts throughout the game, including overtime, a statistic that does not factor in two failed conversion attempts on fourth down as well.

The following week saw a modicum of improvement, with Vick and the offense converting five third-down attempts on 14 chances, a rate of 35 percent. Up until the final, game-winning drive, however, the Steelers converted just two of 11 chances.

Against the Cardinals, the performance returned to significantly below average, rather than merely below average, when the offense, pulling split duties between Vick and Landry Jones, managed to convert three of 12 third-down opportunities, just one-fourth of the time.

It has to be pointed out, however, that all three of those conversions occurred after Vick left the game. Jones converted on three of five third-down opportunities, meaning that Vick’s offense failed on all seven opportunities.

Still, with Jones under center for every snap, the Steelers offense managed just two successful conversions in 60 minutes on 10 opportunities, also failing on one of two fourth-down opportunities as well.

In all, the offense with Jones under center converted five of 15 third-down opportunities at a rate of 33 percent. Under Vick, the offense was exceptionally bad, converting just seven of 39 opportunities. That translates to a conversion ratio of just under 20 percent.

In all, the Steelers offense without Roethlisberger has gone 12-for-54 in its attempts to convert on third down, translating to a 22 percent success rate. The offense also converted only one of its three fourth-down conversion attempts.

There is no shortage of reasons for Roethlisberger’s return to be a most welcome one, but the expectant dramatic improvement in terms of third-down success is certainly among them. With Roethlisberger under center, the Steelers were a league-best 21-for-32, successfully moving the chains very nearly two-thirds of the time.

As previously mentioned, the Steelers were able to convert on six of seven attempts in the game in which he was injured, which was remarkable, but he also converted on 13 of 25 opportunities during the first two weeks of the season.