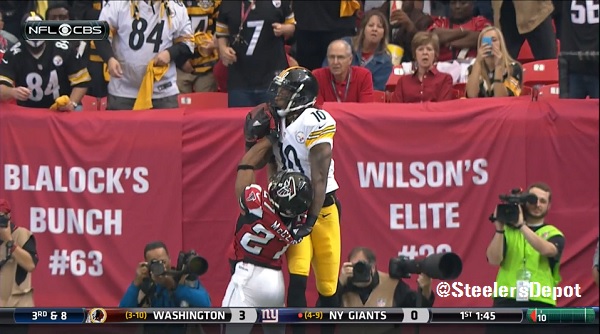 Earlier in the week, it was reported that the Pittsburgh Steelers were granted a roster exemption for wide receiver Martavis Bryant that expires today. However, it appears as though that exemption actually expires a week from today for the recently suspended player.

If that is indeed the case, the Steelers won’t have to reinstate Bryant back to their 53 man roster until 4 p.m. Monday if they intend on playing him against the San Diego Chargers later that evening.

During his Tuesday press conference, head coach Mike Tomlin indicated that the team will use every minute of their allotted exemption when it comes to making a move with Bryant.

Tomlin did talk a little bit about Bryant during his press conference.

“In regards to Martavis, he has a distinguishing characteristic as a guy that’s capable of getting deep,” said Tomlin. “So if he’s in uniform, rest assured he’s a guy that will be stretching the field vertically. We’re going to work at it this week and see what it looks like and go in the stadium on Monday night.”

Bryant returned to the team earlier this week after spending the last three weeks at a Houston-based recovery center run by former NBA player and coach John Lucas. He was suspended for the first four weeks of the 2015 season for violating the league’s substance abuse policy.