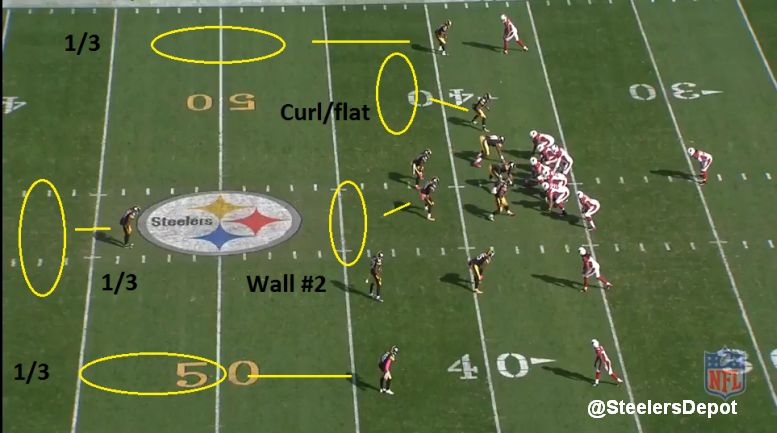 Keith Butler has certainly put his stamp on this Pittsburgh Steelers’ defense. But the plays themselves aren’t all that different than what the team had under Dick LeBeau. We’re heading back to the film room to break down their Sam Fire Zone. 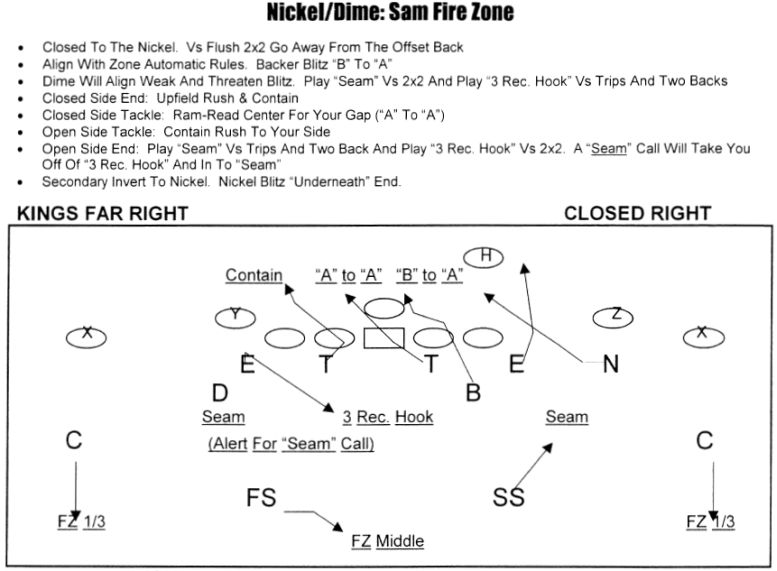 Like any fire zone, it’s a five man pressure with six in coverage. The Steelers dress up the look by stacking both outside linebacker to the same side, shifting their defensive linemen over. Cam Heyward on the nose and Stephon Tuitt the four tech. 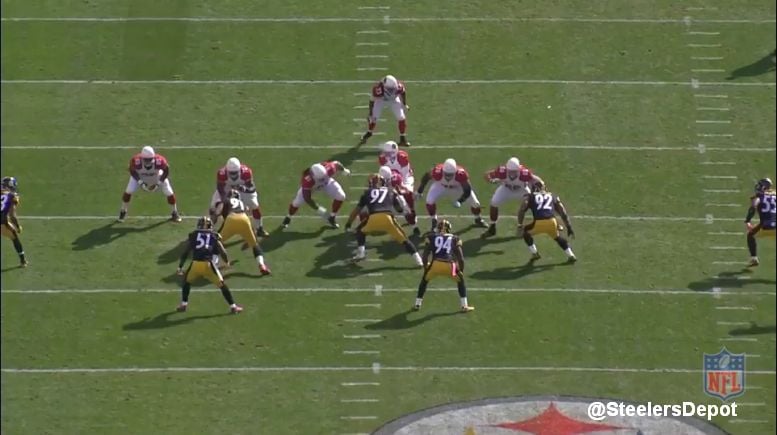 We’ll get a Cat blitz from nickel corner William Gay. James Harrison crashes from the B to the A gap. Heyward does the same, taking the closed side A gap. Tuitt serves as the contain rush to the closed side.

To the blitz side, Arthur Moats is the contain rush, getting upfield to contain and draw the eyes of the left tackle. With Harrison’s crashing taking the LG and Moats taking the eyes of the LT, it in theory leaves Gay one-on-one with the back. And if he makes a mistake in pickup, as is the case here, Gay has a free lane to Carson Palmer. 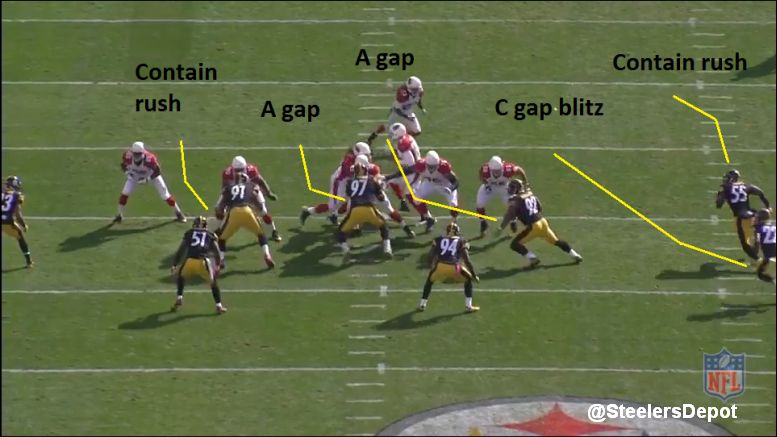 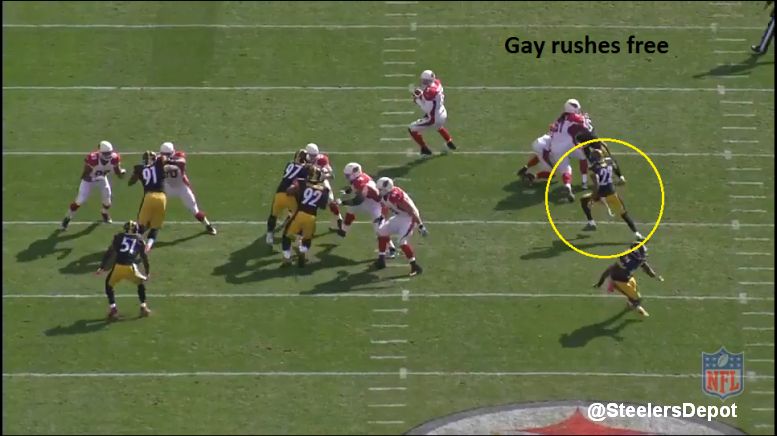 Gay hesitates a little bit, not allowing him to get to the QB in time.

Three man shell in coverage. Each defensive back taking a deep third. Lawrence Timmons walls and carries #2 down the seam while Mike Mitchell plays curl flat underneath to the other side.

Palmer identifies the mismatch and makes a good throw to Larry Fitzgerald though it’s called block on a chop block. But I’m less interested in the particular result as I am the scheme, but again, Gay might walk away with the sack if he doesn’t slow up.

It’s another example of Butler’s fire zones he’s used very liberally throughout the season. The plays aren’t drastically different, but the timing and frequency of his blitz packages have increased. Against the Cardinals, Butler blitzed at least one defensive back 33% of the time.

Just like Mike Tomlin, Butler isn’t living in his fears.