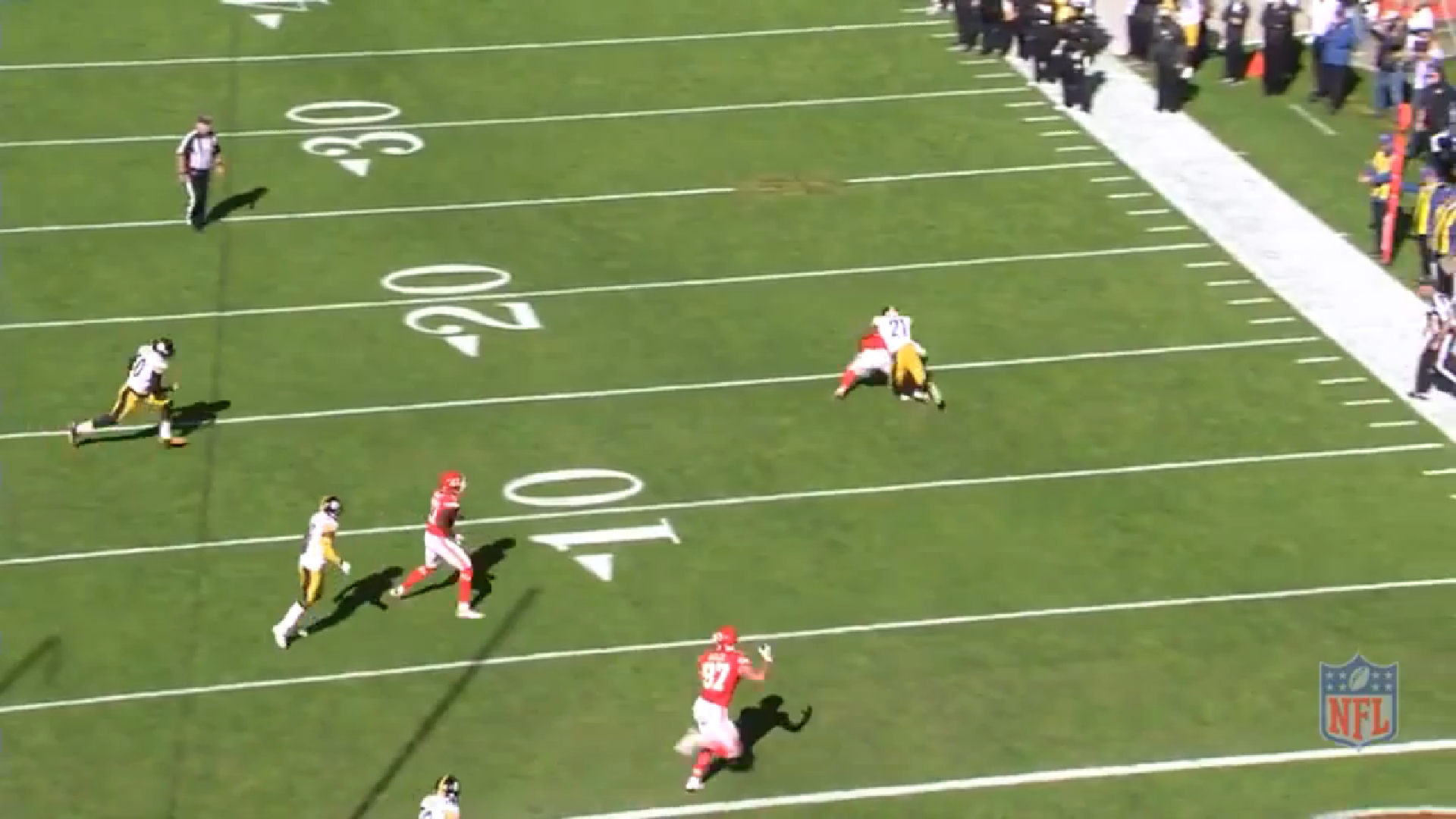 The Pittsburgh Steelers have had fourth-year safety Robert Golden in the lineup for all but eight snaps over the course of the past three weeks, and with Will Allen downgraded yesterday to not participating in practice, there exists the strong possibility that he gets his third straight start.

By and large, the former undrafted free agent has represented himself well, avoiding obvious mistakes while displaying the versatility to play deep or in the box, to cover as well as to play the run. Equally important is that he has not been allowing receivers to get behind him. In fact, he chased down an explosive play or two from the far side of the field.

The Chiefs had little difficulty driving down the field on their opening series until they got inside the 20. By the end of the drive, they faced a third and three from the 11. Golden lined up five yards back, but in coverage on Chardandrick West out of the backfield, and was in perfect position to make him pay. He would have been dropped for a loss had he not dropped the pass itself.

To open the second half, the young safety making his second start lined up just outside the box at the snap, but charged up once West got the hand off. Golden was able to fill the lane and work laterally as West tried to cut to his right out of the hole, stopped after a three-yard gain.

With the Chiefs facing second-and-one in the red zone, the defense brought out the cat blitz, with Golden coming off the left edge around right tackle. He made a bee line for the quarterback, but Alex Smith was throwing immediately after the snap, and there was little that and blitz could have done to interrupt the pass.

The Steelers sent Golden off the edge again at the end of the third quarter, this time from the opposite side. It was his assignment to go right for the quarterback, in spite of the fact that Smith was able to get the ball into West’s chest as he rattled off an 11-yard gain, with Ryan Shazier stuck on a block. An offensive penalty for taunting resulted in a net loss of two yards on the play.

By the end of the drive, the Chiefs were facing a third and seven from their own 10-yard line, on which Smith was content to dump the ball off to West. While he was able to make one defender miss, Golden came up from 20 yards off to wrestle him down after just a seven-yard gain to force a punt.

The Chiefs ended up putting the nail in the coffin on the following drive, however, fueled largely by a 36-yard run. On the run, Golden was the last line of defense, playing deep safety from the far hash mark, but was able to recover in time to make the stop, though he could have taken a less presumptuous original angle to the ball that could have saved a few yards.