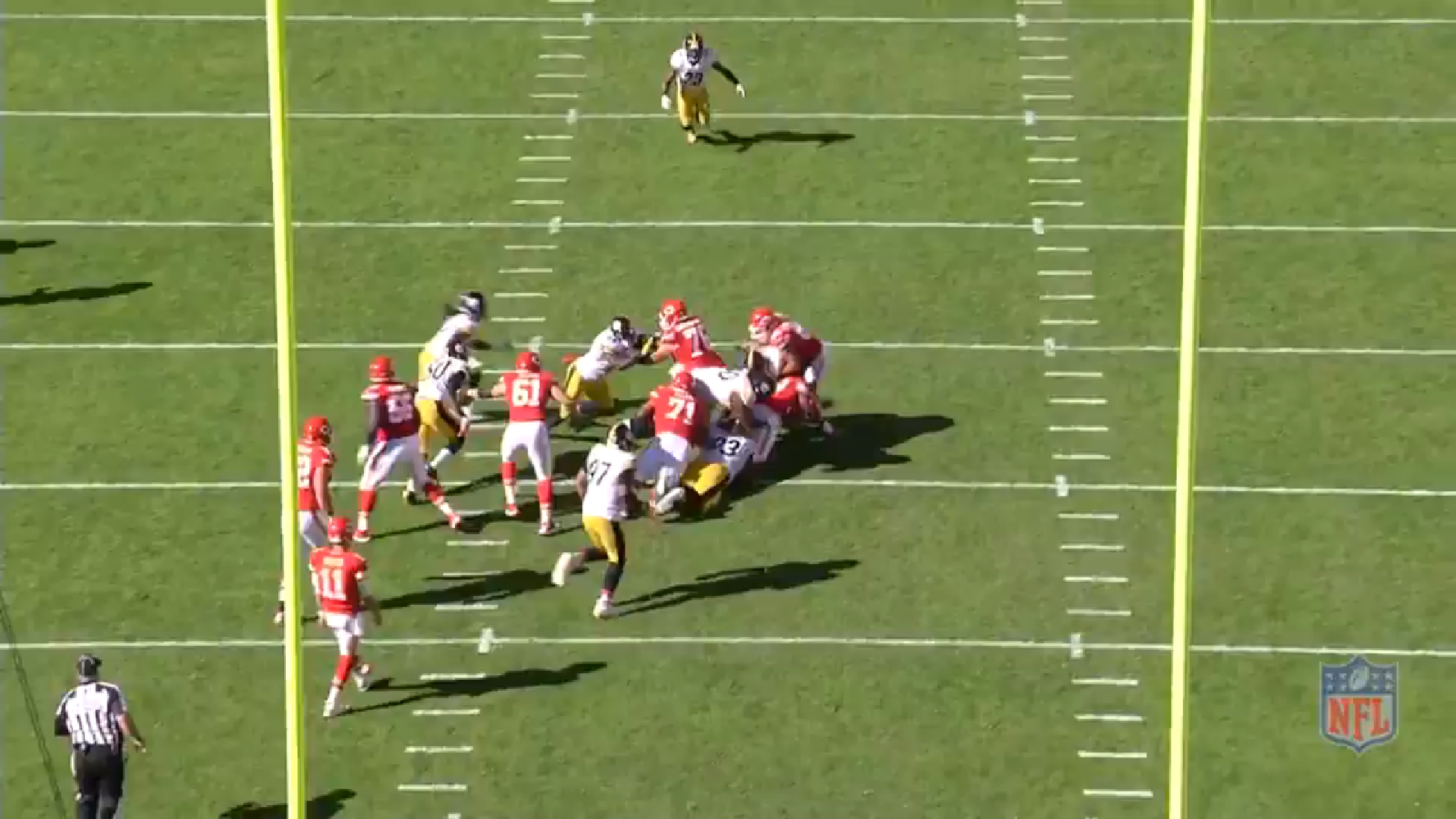 The Pittsburgh Steelers have placed a heavy burden on starting defensive end Stephon Tuitt entering his second year, a burden borne by necessity more than anything else. The young 22-year-old has been consistently logging north of 80 percent of the Steelers’ snaps every game up to his injury, sometimes over 90 percent.

That level of work may have proven to be unsustainable without a drop off, but Tuitt has been given an impromptu rest after suffering an injury against the Cardinals. He missed last game, and if he doesn’t practice as a full participant today, it’s a virtual certainty he will miss a second game.

The reason such a burden has been placed upon him is because the Steelers have little in the way of depth behind him and Cameron Heyward. In this case, they turned to Cam Thomas, in his second year with the team after starting, unsuccessfully, for most of the 2014 season at left defensive end.

Thomas has put in work to improve this offseason, and it shows, but he still manages to put down plenty of bad tape, in this case over a span of about three dozen snaps. Against the Chiefs, he made a couple of noteworthy stops, but he got small where it mattered the most: at the goal line.

The Steelers did much to limit his workload, playing often in the nickel, and when doing so often using Steve McLendon as one of the two down linemen, so that a lot of Thomas’ key snaps ended up occurring in the second half.

Perhaps the first significant play came about five minutes into the third quarter, just after a Steelers interception. On first and 10, Thomas, lined up as the left defensive end, flowed down the line on a zone run to the short side of the field, but was able to keep his back side arm free against the right tackle as running back Charcandrick West tried to cut the run back. The lineman was able to shed and make the stop for no gain.

That proved to be the first play of an extended drive, however, on which Thomas would come to look bad. the Chiefs wound up setting up camp at Pittsburgh’s three-yard line on first and goal.

After a run stop on first down, the defense stepped up again, but in doing so, it was no thanks to Thomas, who as the left defensive end in a four-down linemen front as turned and pushed to the ground by a double team from the right tackle and tackle-eligible tight end.

After establishing third and goal from inches out, the Chiefs were able to punch it in with West on the ground, the problem being that Thomas, too, ended up on the ground, coming out of the exact same scenario.

It would seem as though Thomas is not ideally suited for goal line work, as he has had more success two-gapping in open space on early downs. Late in the third quarter, for example, he was again able to shed the right tackle, this time with the back taking the inside gap, Thomas coming off the block to make the tackle on first down after a three-yard gain.

On the first play of the Chief’s first drive of the fourth quarter, it was Thomas again emerging for the run stop against West, bringing him down after just a yard of progress. As the left defensive end in the base package, Thomas was able to disrupt the outside zone by penetrating against the right guard, ultimately following the play down the line to record the tackle himself.

Later on the drive, the Steelers moved Thomas to the right side with Heyward getting a breather as West ripped off a 36-yard run, but don’t blame him on this one. He kept his feet through a cut block, and had Daniel McCullers not been bullied into the dirt, West’s lane would have been narrower, giving Thomas a better chance at successfully completing his diving tackle attempt.

One play later, the Steelers shifted to the nickel, with Thomas staying on the right side. Lined up over center, he fought off a double team and peeled off around the edge as West flanked around the left tackle, able to make the tackle after a four-yard gain.

This is the most extensive playing time that Thomas has gotten this season, including the preseason, at defensive end, after putting in extensive offseason work, and based on this performance alone, it is fairly easy to ascertain where he can be an asset, and where a hindrance. Ordinarily, Thomas would not be in the goal line package as an end—that would be Tuitt’s role.