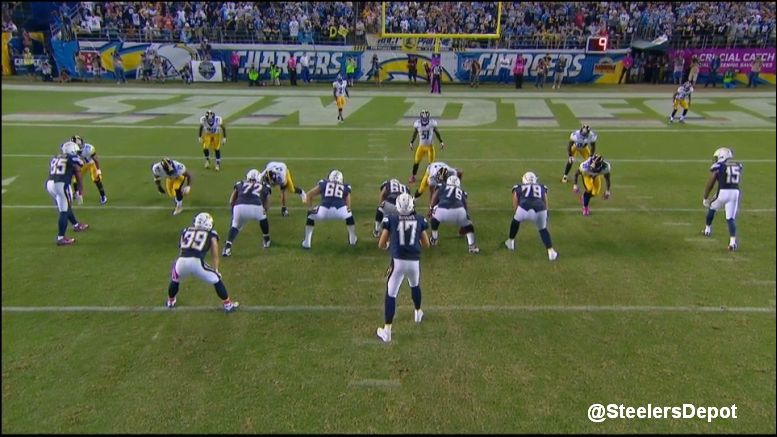 I promise we will highlight some of the positive plays from the Pittsburgh Steelers’ incredible win over the San Diego Chargers last night. But we’re a bit more limited until the coaches tape comes out.

So instead, we’ll give a brief breakdown of Antonio Gates’ two receiving touchdowns last night. The two don’t have to be contrasted very much – they were the same concept.

The first touchdown has the Chargers come out in a 3×1 formation with Gates isolated on the hash to the boundary. To the boundary side, it’s a two man route concept. Gates on the corner/flag route and running back Melvin Gordon leaking out to the flat. Gordon provides a checkdown option and a sucker route for Sean Spence, who has to cover it instead of rerouting Gates or gaining depth to help take the corner route away. It functions similarly to a smash concept. 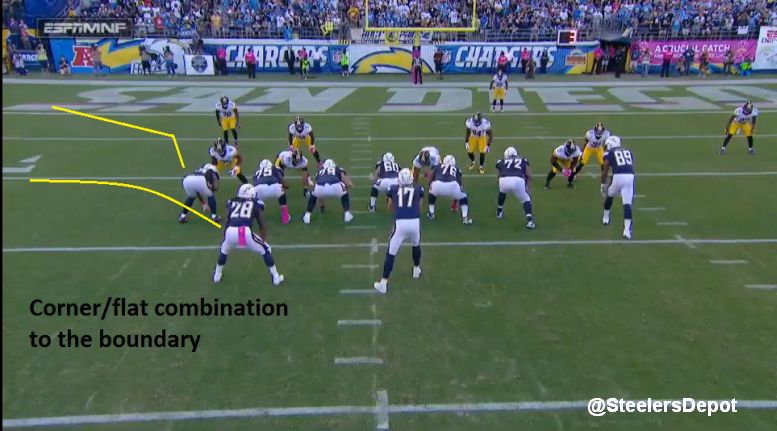 It leaves free safety Will Allen responsible for Gates. It’s a difficult position for him to be in, one of those routes that stress any safety, but Allen isn’t able to contest the pass and Philip Rivers hit Gates wide open to the front pylon. 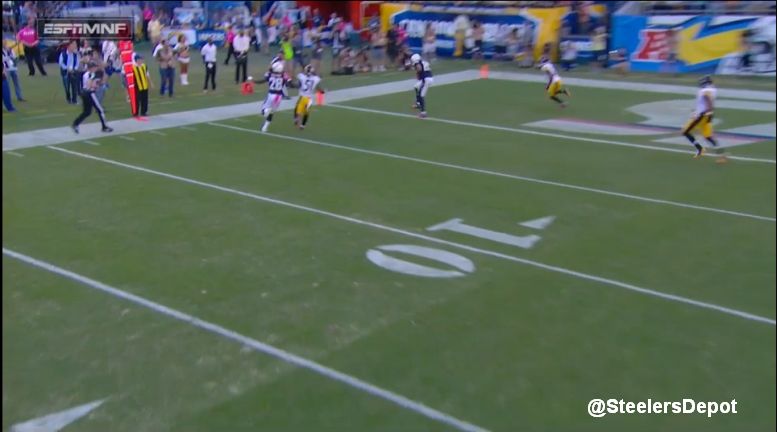 Fast forward to the 4th quarter and Gates’ second touchdown. It’s a similar personnel grouping and formation. 3×1 with the tight end to the boundary. The only difference is the Chargers have him standing up instead of his hand down in a three point stance.

The Steelers give a different look, not matching their cornerbacks to the trip side, but decide to blitz Ross Cockrell from the boundary. On the previous play, the Steelers ran a corner blitz from the field.

The route concept is the same, the corner/flat combination. And like before, the Steelers are asking the safety – on the hash – to try and defend it. Robert Golden can’t and Rivers hits Gates, this time, to the back pylon. 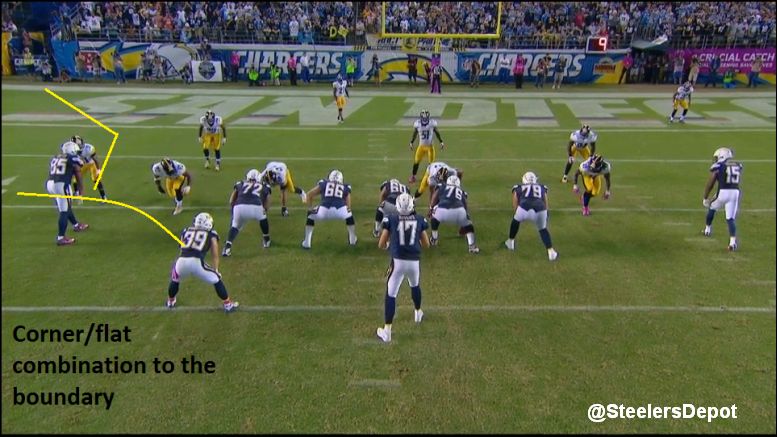 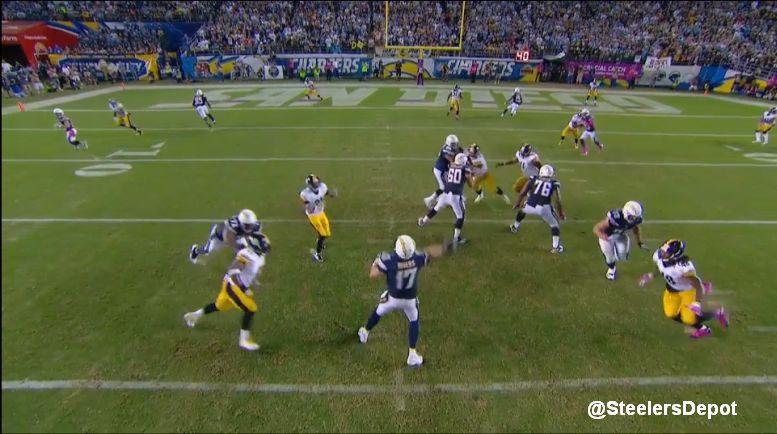 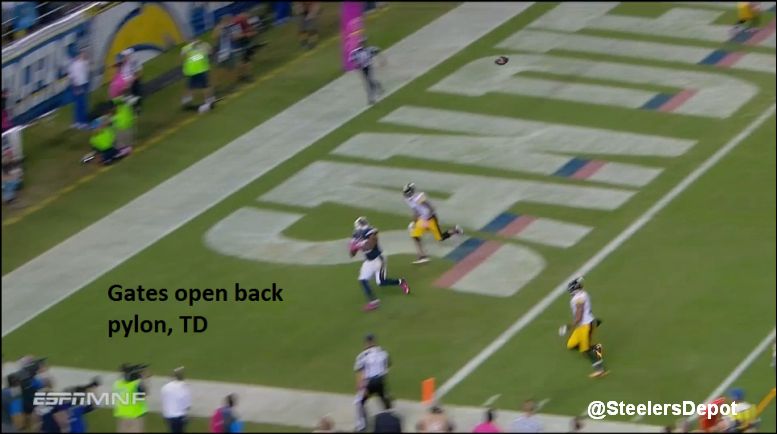 These aren’t easy plays to defend. Any safety who has to stop an out breaking route against still one of the top tight ends in the league is going to struggle. But to see the Steelers fall to the same concept twice is a little disheartening. There was a lot of good from Keith Butler’s defense, and we’ll show that throughout the week, but this wasn’t part of it.