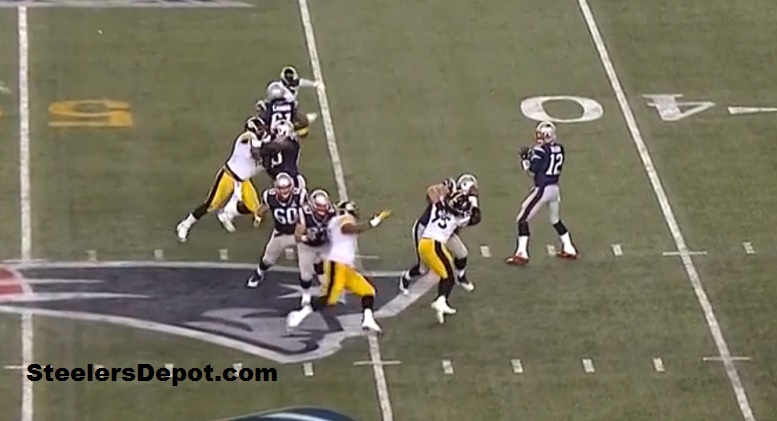 The New England Patriots have played three games since coming out victorious over the Pittsburgh Steelers in their home opener. Such games are often a slaughter for the defender Super Bowl champions, but, though the Steelers did get a last-second touchdown to draw within seven, the defense only surrendered 28 points.

It is more than a bit notable, then, that the Patriots have bettered that score, often substantially, in each subsequent game. New England put 40 on the Bills the following week, then piled on 51 points a week later.

Following a bye week, the defending Super Bowl champions topped the Cowboys by 24, giving up six points on defense, and still put up 30 on offense for good measure in a largely non-competitive.

In fact, the defense has been performing above expectations thus far this season in what is ultimately the most important statistic, which is points allowed. Coming into the week, the Steelers stand as the seventh-best defense in the league in terms of giving up points, surrendering 18.8 points per game.

And that was after starting off the season having given up 28, so the best offense in the league, as borne out by the next several weeks. I believe the subsequent weeks for both teams should recast that original narrative for the season opener, skewed in a more positive light for the Steelers’ defensive performance.

In subsequent games, the defense has given up 18, 6, and 23 points, with each result holding its own narrative, the latter actually coming in extra time.

The 18 points were surrendered to the 49ers in the Steelers’ home opener, but the offense was deadly in that game, building up a substantial lead. In fact, the two touchdowns that San Francisco scored in the game came in the fourth quarter, while the result was already practically out of hand.

The following week, the offense struggled, even prior to the exit of quarterback Ben Roethlisberger, to cross the end zone, and by the final whistle, had only mounted just 12 points themselves, so the defense was very much needed, demanding such a performance.

Of course, last week, the offense and special teams units did the defense no favors with a number of three-and-outs and insufficient punts that gave the Ravens strong starting field position.

The team simply asked the defense to step up one too many times. They did come up with a number of potentially momentum-swinging stops in the second half, but the offense kept responding in equally poor fashion.

The Steelers ultimately missed two field goals in the fourth quarter as the Ravens made two of their own to tie the game at 20, winning with a field goal in overtime after the offense twice failed to convert on fourth and short.

The defense will be tested going against Philip Rivers, Antonio Gates, and the San Diego Chargers on the west coast tonight, perhaps their biggest challenge since the opener, although their opponents are expected to be short-handed at wide receiver and along the offensive line. Coming into this year, with a tougher schedule, the defense was expected to struggle more than they have, so perhaps this will serve as a barometer of where they truly are.