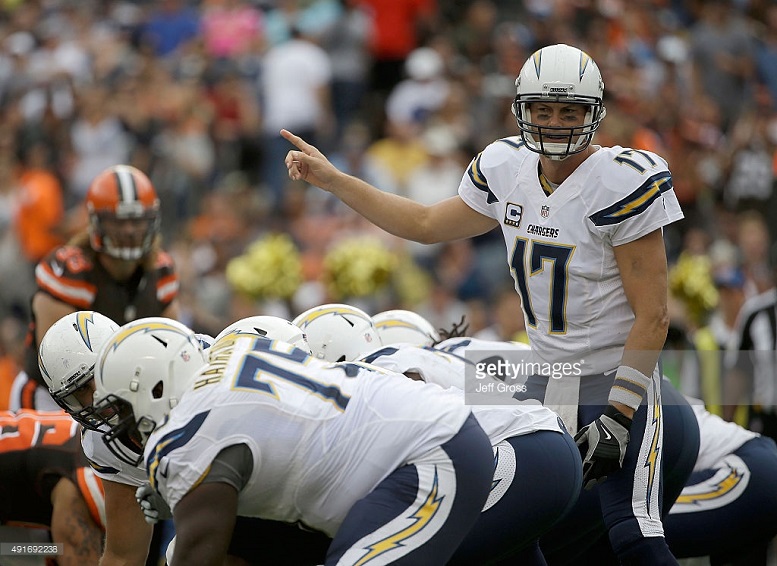 Chris Hairston, Kenny Wiggins, Trevor Robinson, D.J. Fluker and Joe Barksdale. Nope, that’s not the names of the members of the London rock band Mumford & Sons, it’s the names of the five players who started on the San Diego Chargers offensive line last Sunday against the Cleveland Browns.

In the Chargers first four games this season, they’ve been forced to start three different offensive line combinations due to injuries. Sound familiar? Judging by their injury report so far this week, a fourth different combination may have to be used Monday night against the Pittsburgh Steelers.

While they’ve yet to be ruled out this week, starters King Dunlap and Orlando Franklin haven’t practiced at all this week. Both players missed last week’s game. While starting center Chris Watt looks like he’ll be back in the Chargers lineup Monday night, he’s still dealing with a groin injury, while Fluker and Hairston are both nursing ankle injuries.

Judging by the Chargers tape so far this season, the Steelers defensive front should have a field day Monday night. However, I said the same thing back in 2012 when the Steelers hosted the Chargers and their makeshift offensive line in Week 14 and they only managed to sack quarterback Philip Rivers just once in that game on their way to losing it 34-24. That 2012 Steelers defensive front didn’t include Stephon Tuitt, Jarvis Jones, Bud Dupree or Arthur moats, however. Additionally, Cameron Heyward only played 27 defensive snaps in that game.

So far this season, Rivers has been sacked a total of 12 times. In addition to that, he’s thrown away the football 5 times already this season. And, when you add in the fact that he’s been hurried 43 times and hit another 7 so far this season, you can clearly see why the Steelers defensive front is expected to be able to get after Rivers Monday night.

With Mike Vick under center once again this week for the Steelers, the defense will certainly have to do their fair share of work Monday night, plus a lot more, if the team is to come away with their third win of the season.

With Charger left-side components Dunlap and Franklin both likely to sit out Monday night, Heyward should have a monster game. Even if one or both players suit up, Heyward should have his way with them. Additionally, Watt has had his problems in pass protection so far this season as well, so it will be disappointing if Rivers isn’t put flat in his back at least four times Monday night.