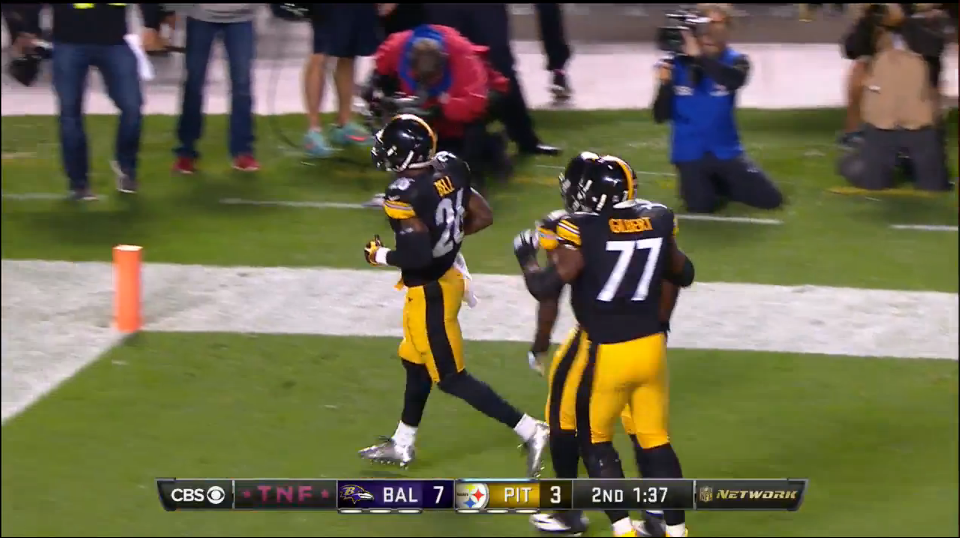 A weird game, as heartbreaking as it was, deserves weird stats. So let’s dive in.

– This is the latest into an NFL game the Pittsburgh Steelers have lost since 2005, when the Baltimore Ravens (of course) beat the Steelers with 4:09 remaining in overtime. Matt Stover kicked a 44 yard field goal to win it.

– Mike Vick threw for 124 yards on 26 pass attempts. That’s the fewest yards thrown for on at least that many attempts since Tommy Maddox in 2003. Also against Baltimore. Pittsburgh also lost by three. In overtime. This is a disturbing theme.

– We talk, and frankly, care too much about, Antonio Brown’s 5/50 streak. I’ll spin it a little differently. No Steeler had at least 50 yards receiving tonight, the first time that’s occurred since Week 17 of the 2012 season. Emmanuel Sanders was the leading receiver that day with a whopping 28 yards. AB led the team last night with 42.

– Stephon Tuitt now has at least a one sack in three straight games. He’s the first Steelers’ defensive lineman to achieve that since Keith Henry in 1997. Wow. And it speaks to Tuitt’s dominance.

– Le’Veon Bell had the fewest yards (21) for a Steeler that had at least 7 receptions in team history. Previous low was when John Henry Johnson hauled in seven passes for 29 yards in 1962.

League-wide, it’s the worst figure by a running back since Frank Gore in 2009, who caught seven passes for 14 yards. On the plus side, Jim Brown once had a seven reception, 17 yard day.

– Ross Cockrell is the first Steelers cornerback to intercept a pass and recover a fumble in the same game since Deshea Townsend in 2008 against the Washington Redskins. Bryant McFadden did it that year too, a few weeks earlier.

– The Steelers sacked Joe Flacco five times tonight, all solo sacks by five different players. It’s the first example of that since November 19th, 2006 against the Cleveland Browns. Travis Kirschke had a sack that day. How ‘bout that.

– Not including extra points, Josh Scobee has missed four kicks over the first four weeks. The last Steeler to do that was Gary Anderson in 1984. This includes missing three field goals in a Week Two win against the New York Jets, finishing the day 3/6.

– One last twist of the knife. The last time the Steelers lost an overtime game on a 50+ yard field goal? You’d have to hunt all the way back to 1994 when the Arizona Cardinals’ Greg Davis booted a 51 yarder to beat the Steelers 20-17.