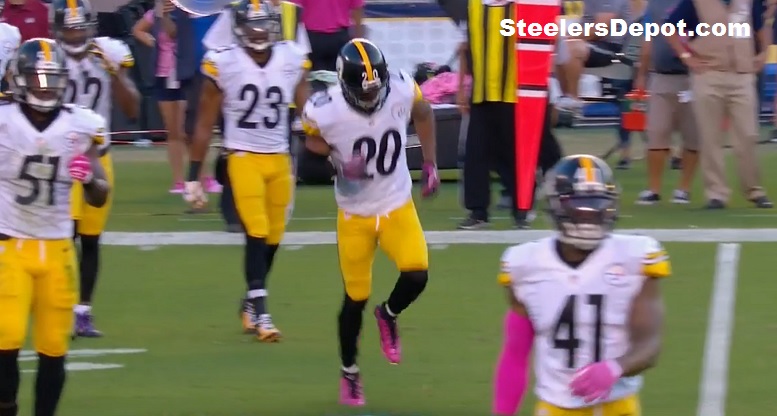 Veteran safety Will Allen (ankle) left in the first quarter of the game with a left ankle injury and never returned. At one point he was shown headed to the locker room with the team doctors not long after he suffered the injury and limped off the field.

“He turned his ankle, I don’t have a lot of information,” said head coach Mike Tomlin after the game. “We’ll of course provide that.”

Safety Ross Ventrone (hamstring) also left Monday night’s game in the second half with a hamstring and like Allen, he also failed to return. Tomlin was not asked about Ventrone’s status after the game.

Sitting out Monday night with injuries were quarterback Ben Roethlisberger (knee), linebacker Ryan Shazier (shoulder), cornerback Cortez Allen (knee), nose tackle Daniel McCullers (knee) and wide receiver Martavis Bryant (knee). Bryant, however, has yet to be activated back to the team’s 53 man roster so he was not listed on the Steelers pregame inactive list.

Tomlin will meet the media at noon on Tuesday for his weekly press conference and at that time he will likely provide a full injury recap.