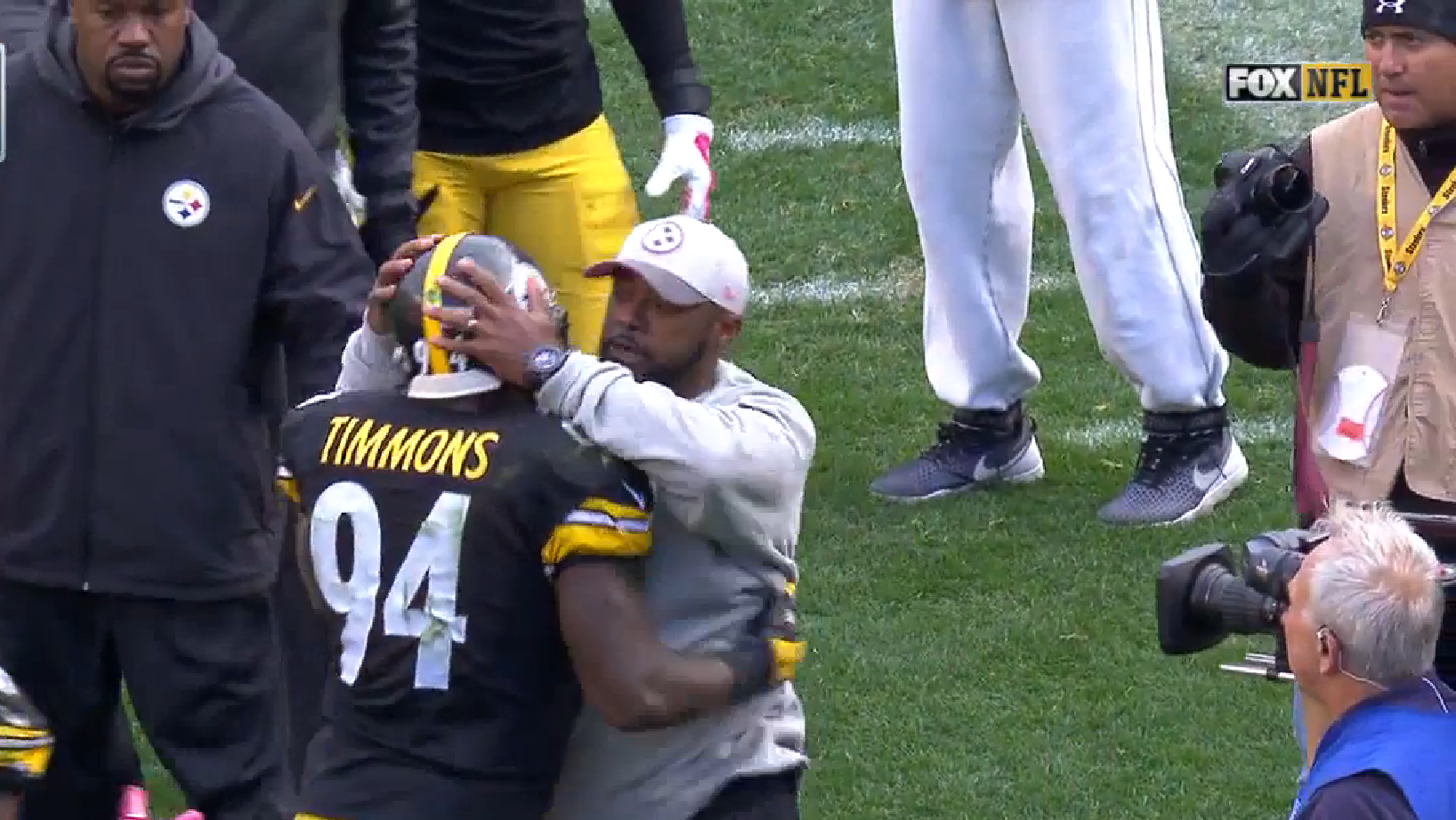 Well that was certainly something.

The Pittsburgh Steelers secured their fourth victory of the season yesterday afternoon in improbable fashion, holding the league’s highest-scoring team to just 13 points, netting just a single touchdown in the game, and just one touchdown in four trips inside the red zone after coming in as the most successful red zone team in the league.

But perhaps the most fascinating way that they went about securing the victory was the personnel that they did it with, a testament to head coach Mike Tomlin’s cliché but necessary aphorisms about standards being standards and men being next up.

In that spirit, here is your run down of the next men up who did their best to keep the standard the standard, starting with the quarterback position.

Landry Jones: We all know Jones’ background. The Steelers drafted him in the fourth round in 2013 in the hopes that he could someday become a viable number two quarterback. Was that day yesterday? It’s far too early to say.

But Jones deserves a lot of credit for stepping in and performing as well as he did in the first regular season appearance of his career, leading the team on four scoring drives, including two touchdowns. Jones was the team’s fourth option at quarterback, so there were a lot of men who had to get hurt before he became the next one up.

Alejandro Villanueva: The former Army Ranger is being put into a huge role now after the season-ending knee injury suffered by Kelvin Beachum. Villanueva will likely serve as the starting left tackle for the remainder of the season barring injury, and he was hardly noticed in his first game action at tackle of his career, which is always a positive for offensive linemen.

Like Jones, Villanueva technically came into the team as the fourth tackle, behind the starters as well as Mike Adams. But yesterday he was the next man up, and he manned up.

Robert Golden: Making his first career start in the sixth game of his fourth season, safety Robert Golden did not make himself overly conspicuous against a high-octane, vertical offense, and that is about as much as you could expect to ask out of a career special teams player. He finished the day with eight tackles and a pass defensed.

Chris Boswell: All Chris Boswell has done since signing with the Steelers is make long field goals. The first four field goals of his career came from 47, 47, 48, and then 51 yards out, and he made all four of them with distance to spare and a comfortably true trajectory. The latter three all came last afternoon in a blustery Heinz Field.

Sean Spence: With Ryan Shazier still missing, Spence remained the starter, notching four tackles, including a couple of nice plays, as he has improved over the course of the past four games overall. He has been what you would hope him to be, which is serviceable.

Vince Williams: Williams, the third-year linebacker, got his share of reps rotating with Spence, but he did Spence one better, matching his tackle total, but adding a pass breakup that led to a Lawrence Timmons interception.

All of these largely unheralded players, among others, made positive contributions to pulling out one of the more unlikely victories for the Steelers in recent memory, doing their part to fulfill the clichés and keep them relevant and on the tip of coaches’ tongues. That’s why the coaches use them after all, obviously.