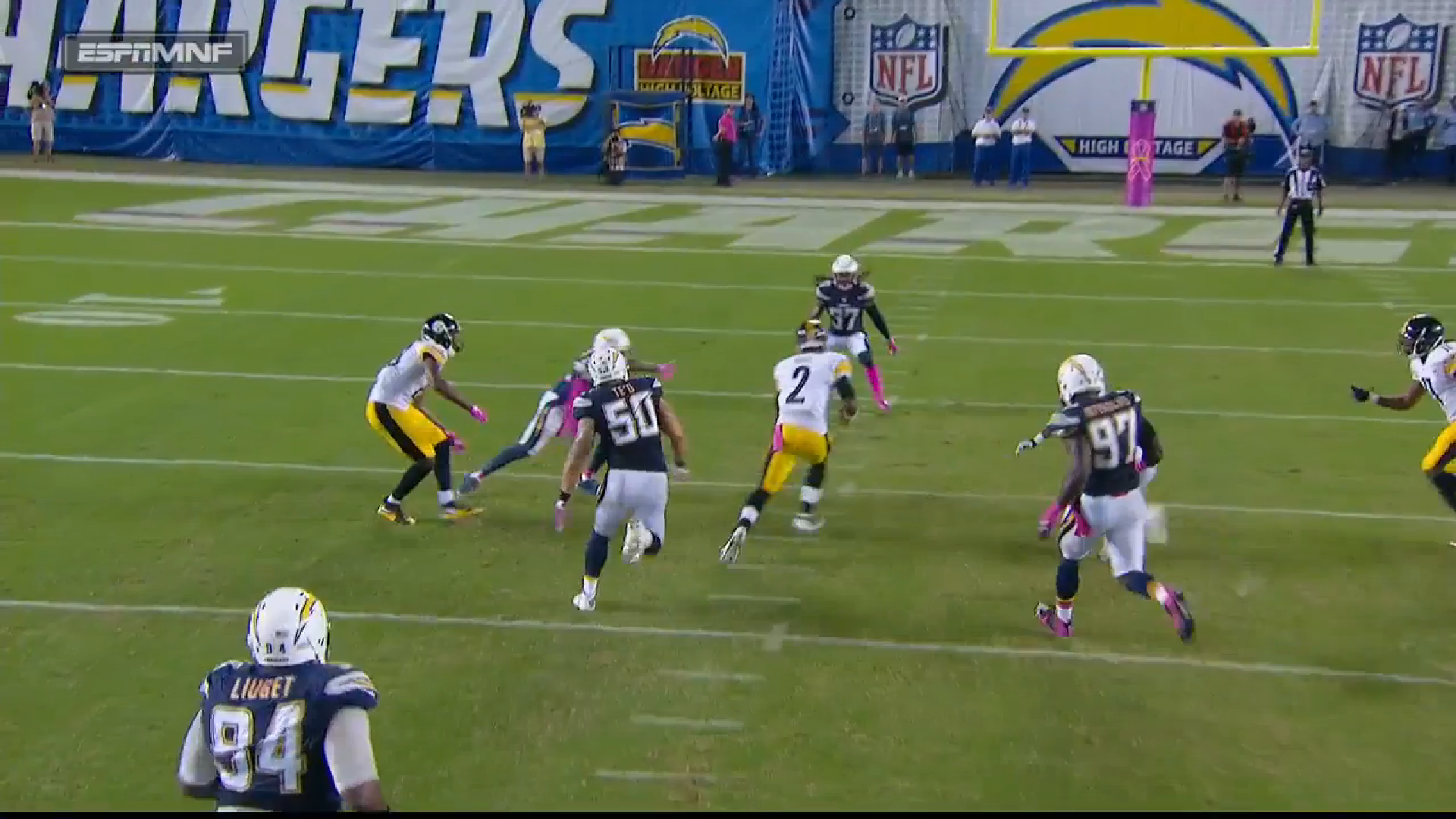 In many different ways, the Pittsburgh Steelers offense has been not far from awful without the services of quarterback Ben Roethlisberger under center, but perhaps the most dreadful display from the unit in his absence was its performance on third down—at least, that is, until it wasn’t.

Roethlisberger went down with an MCL injury late in the third quarter against the Rams three games ago. Up to that point, the Steelers with Roethlisberger had converted six of seven third-down opportunities.

From that point on, until the final drive against the Chargers on Monday night, the offense, led by backup quarterback Mike Vick, converted just four of 29 third-down opportunities, translating to an abysmal 13.8 percent success rate. They were also zero for two on fourth-down conversion attempts.

Against the Rams, Vick faced five third downs and failed to convert a single one, although to be fair, his first play in the game came on a third and 23 after Roethlisberger was injured while being sacked on the play before.

Throughout the entire length of the Ravens game, the Steelers offense had 13 opportunities to make a conversion on third down, and they did so successfully just twice throughout the expanse of that night.

It certainly didn’t seem as though things would be getting any better on Monday night, as, through the first 57 minutes of the game, Vick and the Steelers made good on two of just 11 attempts to move the chains on third down.

But all of that changed on the final drive of the game, as Vick led the offense on a 12-play, 80-yard, 2:38-minute-long game-winning drive, on which he converted three huge third-down plays en route to the half-foot line leading up to the walk-off touchdown run.

On second and 10 from the 31-yard line, Vick found Darrius Heyward-Bey, but for a nine-yard gain. He went back to Heyward-Bey on third and one, rolling out to his left, with the receiver elevating to snag a 15-yard pass that put the Steelers into Chargers territory.

It was just three plays later that Vick was staring down a third-and-six from the 41, when, for the first time in the entire game, he found both the opportunity and the spot to take off with the ball, racing up the middle of the field for a 24-yard scramble that brought the Steelers into field goal range at the 17, with 17 seconds on the clock by the time he was able to clock it.

After an incomplete pass on a shot into the end zone on second down—after the spike—Vick hit Heath Miller on a curl to the middle of the field to convert the third-and-10, the big tight end dropping down after an illegal hit just outside the goal line.

On a night—nay, a fortnight—of truly awful situational performances on third down, the much-maligned backup quarterback Vick martialed the team when they needed him most, converting three third downs, twice through the air and once with his feet, on the most critical drive yet of the 2015 season.