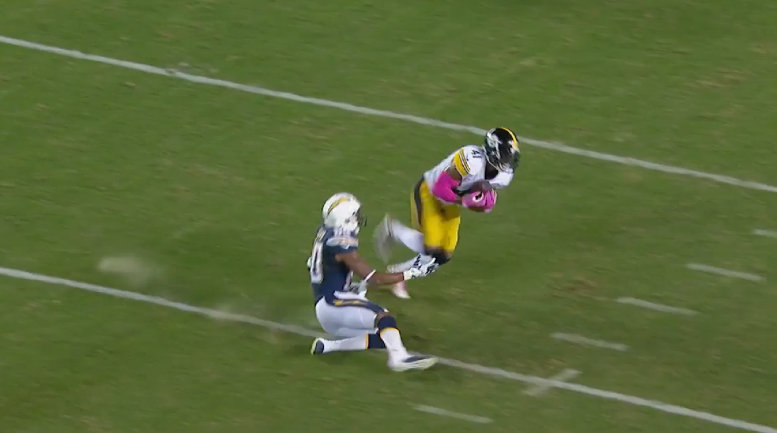 Should Pittsburgh Steelers starting cornerback William Gay be unable to play Sunday against the Cincinnati Bengals because of a shoulder injury that he suffered in the loss to the Kansas City Chiefs, reserve cornerback Brandon Boykin would then stand to be the team’s slot defender in nickel personnel groupings. During a recent interview on Steelers Nation Radio with Missi Matthews, Steelers defensive coordinator Keith Butler was asked about Boykin’s chances of playing Sunday against the Bengals should Gay be unable to play.

“Well, if his number’s going to be called, he needs to step up, but I think he’s ready for it,” said Butler of Boykin. “I know he wants the opportunity. He hasn’t played here before extensively, so he’s looking to prove himself, I think. And there’s nothing wrong with that. If I was him, I would want to do that, too, to make sure the coaches know that I’m dependable, that I’m a guy that they can lean on and stuff like that. So I’m sure that he wants the opportunity to play and he’ll do well if he does get a chance to play.”

You certainly can’t talk about Boykin without talking about fellow cornerback Antwon Blake, who despite not playing well in the Steelers first seven games of the 2015 season, remains entrenched as the team’s starter opposite Gay. Matthews asked Butler about Blake and the defensive coordinator certainly didn’t make it sound like he has plans on benching him anytime soon.

“Well, I like him because of his mentality more than anything else,” said Butler of Blake. “He’s got some athletic ability. He can run, he can jump, he can do all of that stuff. At that size, he’s a little bit smaller than a lot of the corners, but he’s tough. He’s tough as nails and when I talk about tough, I’m talking mentally and physically, not just mentally.

“But he doesn’t let things bother him. He forgets his last play and goes on to the next play and as a corner, you have to do that. You have to have a short memory and go on to the next play because if you don’t, you start grabbing, you start worrying about things, you start worrying about trying to hold a little bit and you really don’t need to hold. He’s good enough to play the defense without committing any fouls. So I think his confidence is the best thing he’s got going for himself.”

Blake has missed more than his share of tackles so far season in addition to giving up 37 catches for 489 yards and two touchdowns, according to Pro Football Focus. Because of that, I don’t find it surprising at all that Butler said that Blake’s confidence is his best attribute right now as it certainly isn’t his coverage skills.

Should Blake ultimately be benched, Ross Cockrell figures to be the Steelers player to replace him on the field. However, such a benching would then result in Boykin seeing the field as the team’s nickel slot defender.

Sunday against the Bengals, you can bet that Cincinnati quarterback Andy Dalton will go after Blake as he’s sure to be matched up against wide receiver A.J. Green more than once in that game. Green enters Sunday’s game against the Steelers having already registered 35 catches for 531 yards and three touchdowns.

Should Blake ultimately struggle early on in Sunday’s game against the Bengals, regardless of whether or not it’s Green who he’s having to cover, Butler and head coach Mike Tomlin absolutely need to shake things up in the secondary right away as a loss to Cincinnati at Heinz Field will undoubtedly result in the Steelers being left battling for one of two Wild Card spots instead of the AFC North crown with half a season remaining to play.