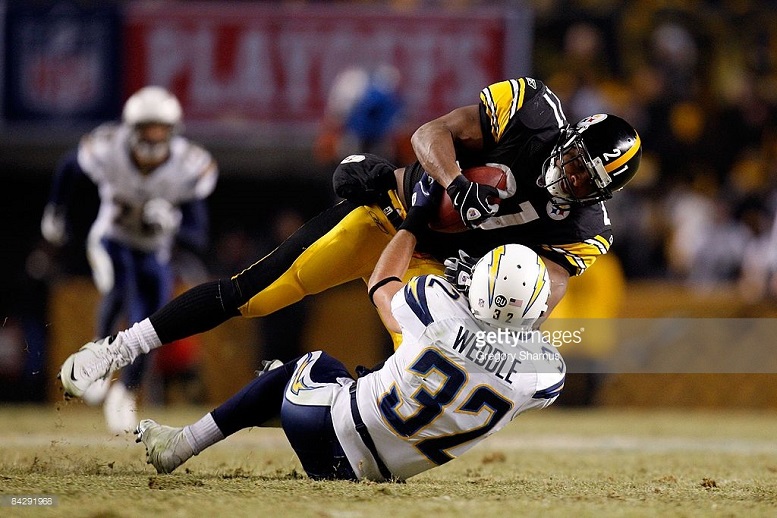 As he does every week during his press conferences, Pittsburgh Steelers head coach Mike Tomlin goes over his team’s upcoming opponent and he talks quite extensively about individual players in the process. On Tuesday, Tomlin offered up quite a bit of praise for San Diego Chargers veteran safety Eric Weddle.

“I love Eric Weddle, always have,” Tomlin said. “He’s so versatile. He’s a sub-package linebacker. He plays strong safety. He plays free safety. He plays half-field, middle of the field. They blitz him. He’s a do-everything type of a player, and a good one.”

Weddle, who is now in the final year of his contract with the Chargers, certainly sounds like Steelers kind of player, doesn’t he? Eric D. Williams, who covers the Chargers for ESPN.com, certainly thinks so and recently went as far as to suggest that Weddle could be a potential free agent target for Steelers next offseason.

“Perhaps Weddle, a free agent at the end of the 2015 season, would consider the Steelers a potential destination when he hits free agency during the offseason,” Williams wrote on Wednesday.

Currently, the Steelers don’t appear to view third-year safety Shamarko Thomas as a long-term solution as the former fourth-round draft pick has only played four defensive snaps so far this season. Thomas was given every opportunity to win the starting job this past offseason during training camp and the preseason but failed to beat out veteran Will Allen. To say that isn’t concerning now that Thomas is in his third year with the team would be foolish.

The Steelers recently addressed the safety position in free agency just a few years ago when they signed Mike Mitchell to a five-year, $25 million contract. Would they consider taking that same route next offseason with Weddle?

Since he was drafted by the Chargers out of Utah in 2007, Weddle has been an iron man. In fact, the last time that he missed a game was in 2009. Additionally, the 30-year-old is the only safety currently in the NFL named first-team or second-team All-Pro for five straight seasons.

Weddle’s contract extension negotiations with the Chargers this past offseason didn’t go very well. However, the team could decide to use the franchise tag on him after the 2015 season is over. He is currently earning $7.5 million this season as part of the five-year, $40 million deal that he signed in 2011.

Currently, Weddle is on course for another great season as he is on pace to record 152 total tackles, which would be a career-high for him. Because of his durability, he figures to be a hot, yet expensive, commodity during the 2016 free agency signing period should the Chargers choose not to franchise him.

Even though the Steelers will have to address the contracts of guard David DeCastro and running back Le’Veon Bell after the 2015 season has concluded, they might still have enough cap space to make Weddle a reasonable offer. However, it should be noted that the Steelers generally don’t go after free agent players on the wrong side of 30, so I wouldn’t get my hopes up that Weddle will be wearing a Steelers uniform in 2016, even though he would probably be a great fit.