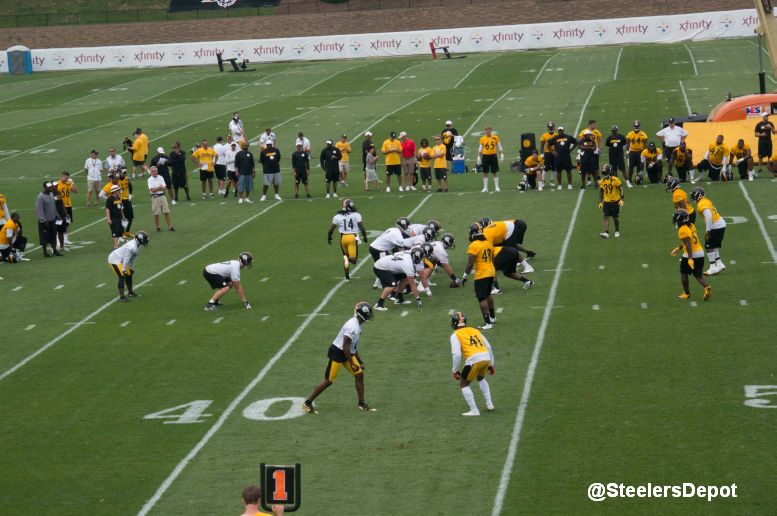 He was one of the fan favorites in training camp. And then he suffered a foot injury early in practice, carted off, and everyone was forced to move one.

Now, Eli Rogers is working back to getting healthy.

Yesterday, he posted a video on Instagram of him running on the Pittsburgh Steelers’ practice field for, according to the caption, the first time.

Feels great to be back running on land. Sprinting fifty percent.. I honestly can say My foot feels better than Its felt in years!… #Progression #bELIeve #GodBody

He also makes a reference to his foot feeling “better than its felt in years.” Based on past postings, he’s been hindered by a foot injury since high school.

Two weeks ago, he posted a video showing highlights from high school. In the caption, Rogers writes: “Haven’t been the same since I first hurt my foot in high school in this game…”

Haven't been the same since I first hurt my foot in high school this game… So it's been 5 years… I'll finally be 100 when I return. I can't wait for to see what Ima look like

Rogers wasn’t known to have missed any time at Louisville but was apparently plagued by it. Perhaps it was almost a blessing for him to get hurt now, get his foot finally fixed, and get back to 100%. He was initially placed in a boot and crutches but shed those several weeks ago.

Rogers was a UDFA this year, catching a team-high 45 catches in 2014 for the Cardinal. He drew excitement, first in OTAs, and then during the start of camp. Unfortunately, the injury occurred before he could play in his first NFL game.

He will spend the rest of the season on injured reserve and return to team next season. Based on his early play, he’s a name not worth forgetting and though the Steelers’ wide receiver group could still be crowded next year, will be one of camp’s sleepers.