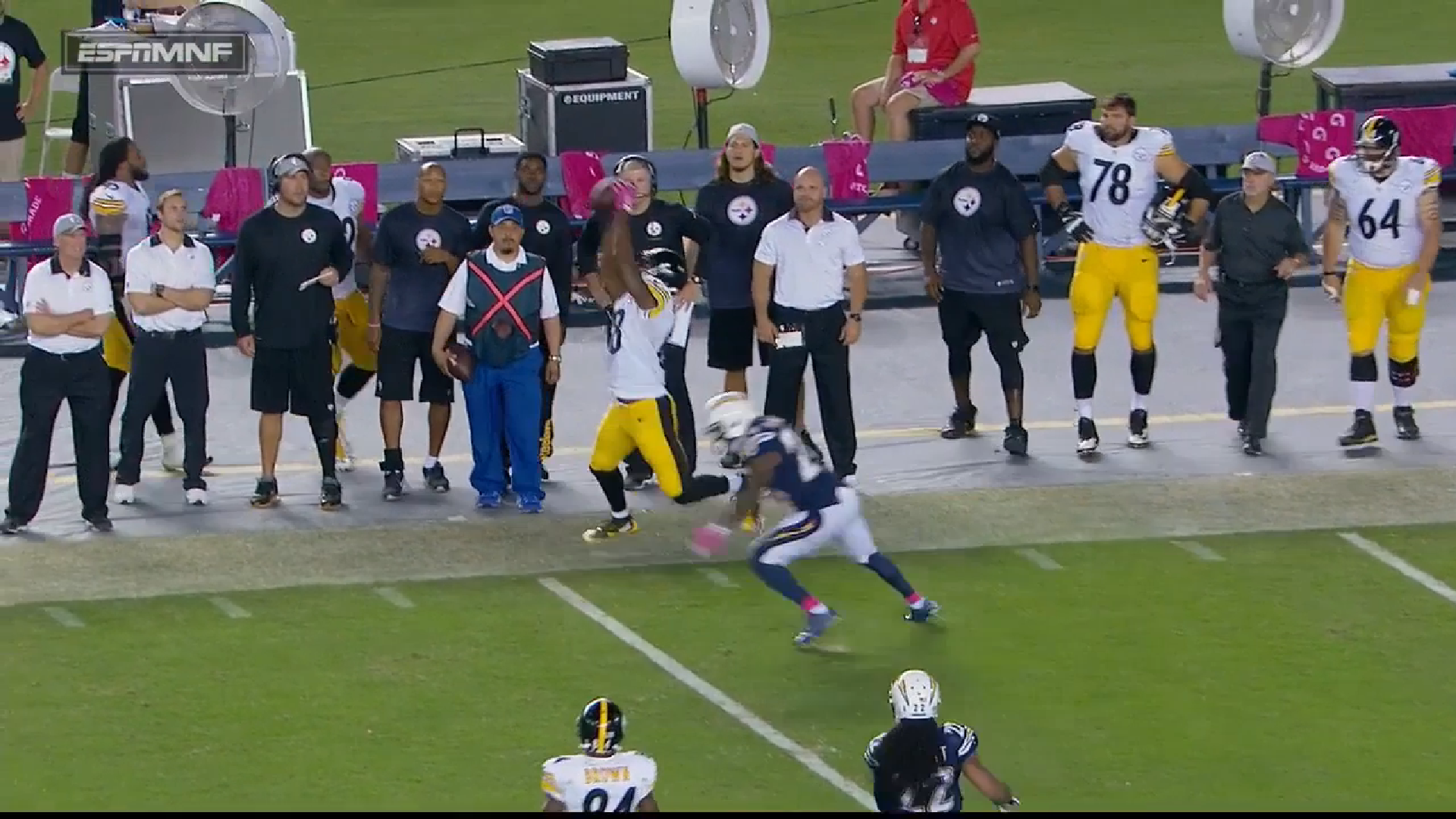 Pittsburgh Steelers veteran wide receiver Darrius Heyward-Bey has, over the course of the first five games of the 2015 season, been given some of the most extensive playing time that he has seen in the past couple of years, and the Steelers have been better for it.

For many, it may be hard to imagine that sentence being typed outside of a satirical byline, but it has been true. Outside of a right toe slightly out of bounds, the former first-round bust has stepped up for the team when they needed him to most.

While the Steelers’ offensive production through the air has been sharply curtailed while quarterback Ben Roethlisberger has been sidelined, Heyward-Bey has continued to contribute to help along Roethlisberger’s backup, Mike Vick, who has only been with the team for about two months heading into today’s game.

On the season, Heyward-Bey has produced 17 receptions for 209 received yards and a pair of touchdowns. Last season, he caught just three passes for 33 yards without a score—in fact, he fumbled his last reception away midway through the season and never saw the ball again.

But you can expect that production to begin to tick away with the return of second-year wide receiver Martavis Bryant, who will make his season debut this afternoon against the Cardinals after sitting out the first four games of the season due to a suspension, and then injuring his knee during practice upon return, forcing him to sit out the team’s most recent game.

Heyward-Bey has done a more than admirable job serving as the third wide receiver for the Steelers offense over this span, bridging the gap between the start of the season and Bryant’s return, in addition to finding ways to be productive for Vick in Roethlisberger’s absence.

In the two games that Vick has started, Heyward-Bey has six receptions for 55 yards and a touchdown, which may not sound like much, but it is if you consider the way the passing game has run for most of the past 140+ minutes of Steelers football has been played.

The veteran had a go-ahead third-down touchdown against the Ravens the game before last, and he caught a key third-down conversion with a 15-yard reception on a very difficult pass during the team’s game-winning drive last week.

Because of the way that he has contributed, you can expect that the Steelers will not rush Bryant to play 50 snaps a game, rather integrating him back into the system gradually so that his transition back into football is as smooth as possible for both himself and for the offense.

Additionally, Heyward-Bey will have kept his play fresh in the memories of his coaches, perhaps enough that they will continue to give him some reps down the road as the top three of the depth chart reassert themselves. In Pittsburgh, he seems to have found a role, and a level of responsibility, that works as well for himself as it does for his team.