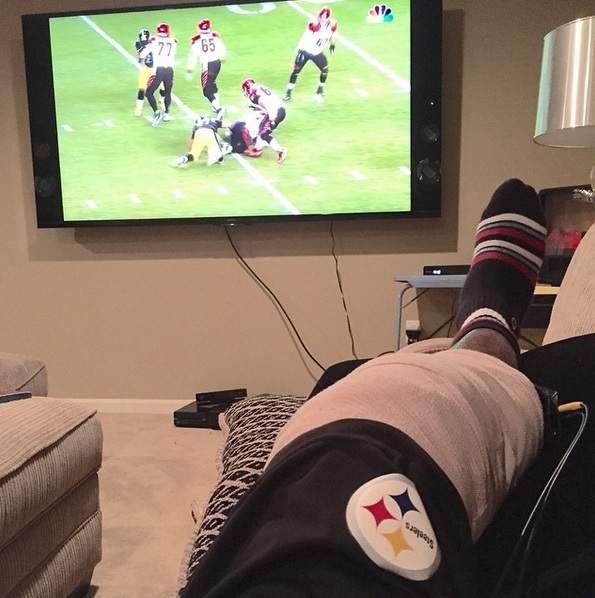 The Pittsburgh Steelers ended the season of cornerback Cortez Allen for the second straight year two days ago as the team placed in him the injured reserve list, this time for what appears to be a chronic knee injury that he has dealt with to some extent for seemingly every season in his professional career.

One can’t help but wonder to what degree this injury could jeopardize his future, not just as a member of the Steelers in contract-related matters, but as a professional football player, particularly with respect to long-term viability.

Allen’s knee issues really began to come to a head as he headed into his third season, during which he was projected to enter the starting lineup after making a few starts at the end of the previous season due to injury.

Allen sat out most of the preseason that year, beginning toward the end of July, with a knee injury. He remained on the sidelines watching practice for several days before the team ultimately announced that he had undergone knee surgery.

While it was a minor injury, it essentially wiped out his preseason and stunted his transition from role player to starter. No doubt it also contributed to his suffering an ankle injury in the season opener that kept him out two games as well as a result of favoring the knee.

Last year, Allen once again dealt with his knee acting up during the preseason, and he told reporters that he had been grappling with the knee throughout the year, particularly early on. Of course, he was demoted and then ultimately benched due to his play, ultimately ending up on injured reserve because of a thumb injury, as well as his knee.

Allen may have undergone another minor knee operation during this past offseason, and he once again monitored the situation during training camp and the preseason. While he played in the season opener, he did so as a situational player, and one theory is that they made this move to limit his snaps due to his knee.

Of course, Allen never played another snap after the first week of the season, spending almost every practice day since then on the injury report, often as “limited” in participation. While a recent interview seemed to intimate that he was seemingly close to playing from a health perspective, there is no way to verify that.

Because of that, we have to assume that his knee injury was indeed significant enough to end his season, and that suggests a potentially chronic issue that could affect the rest of his career. The former fourth-round pick has missed a number of games due to his knee, and has played as a limited player through it as well.

Allen’s injury history extends beyond just his knee. He has missed time on multiple occasions due to knee injuries. In addition to the thumb injury last year, he also dealt with a hip flexor injury in 2012 and a shoulder injury in 2011, his rookie season.

In spite of the fact that they have a hefty amount of money invested in him, his situation is certainly becoming reminiscent of LaMarr Woodley, who was simply never healthy enough to be a meaningful contributor. The Steelers made the right decision in releasing him, and his injury issues have only continued since then. It seems likely that Allen’s will follow him as well regardless of where he might be in the future.