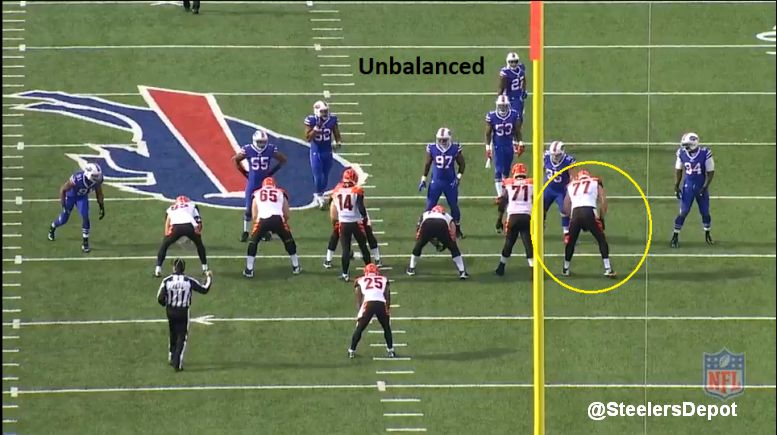 Mike Tomlin does like to make every team he previews in his weekly Tuesday press conference sound like the 1927 New York Yankees. But something he said when talking about the Cincinnati Bengals caught my ear.

“They do a great job schematically of presenting some packages of the week to make sure you’re sound against a variety of specialty-like football. Whether they spread you out, whether they do Wildcat, or empty, or no huddle. They got a wide variety of specialty football that we have to be prepared to defend,” he told reporter Tuesday.

If you read our Bengals’ offensive scouting report, you know this already. But I’ll admit there was an exhaustive amount of info included, that’s just our style here, and it’s easy to miss.

Part of what makes the Bengals so tough are the several unique looks they’ll give defenses.

You have to defend the Bengals’ base, core plays. With the talent they have, that’s no small task in itself. A.J. Green, Tyler Eifert, Gio Bernard, Marvin Jones, Mohammad Sanu. After that, as Tomlin would allude to in his presser, you have to fit in the time to prepare for all of that specialty football.

What compounds the problem is the fact the Bengals are coming off a bye week. Extra time to study their opponent, find their weaknesses. Extra time to rep – and maybe even add – new wrinkles to their gameplan.

More time for them. Less time for us. That’s a dubious combination.

A long catch and run by offensive tackle Jake Fisher or touchdown throw by Sanu could beat the Steelers just as easily as a jump ball from Green or splash run by Bernard.

Football is a chess match.

And through six games, the Bengals’ offense is saying checkmate to everyone.