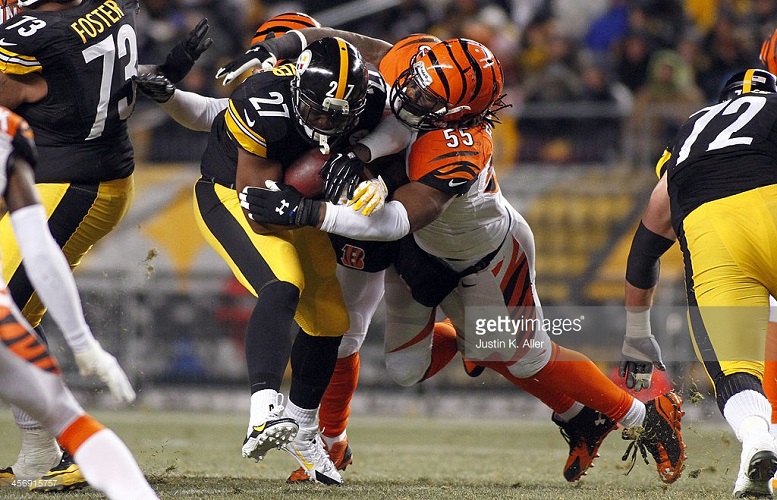 The Pittsburgh Steelers will host the undefeated Cincinnati Bengals this Sunday at Heinz Field and by the sound of things, Bengals linebacker Vontaze Burfict still won’t be healthy enough to play in that game.

According to Paul Dehner Jr. of Cincinnati.com, Burfict, who has been on the Bengals Reserve/PUP list since the start of the season, did not practice on Monday and is thus not expected to be ready for Sunday’s game as a result.

“We won’t gauge him until we put him back to practice. We gauge he’s done a good job and continues to be in the rehab until he’s not,” Lewis said on Monday, according to Dehner. “That’s just where we are. There’s not a big thing. You guys are making more of it than there really is. When he’s ready then he’s ready. He’ll come back to practice and we’ll go from there. Other than that we are wasting time talking about somebody that is not on the team.”

With Burfict unlikely to play against the Steelers, the Bengals are likely to continue to use a rotation at inside linebacker that consists of Vincent Rey, Rey Maualuga, A.J. Hawk, Emmanuel Lamur and Paul Dawson. So far this season, the Bengals defense has allowed has allowed an average rush of 4.85 yards, which is fifth-worst in the league heading into Week 8 of the season.

Being as the Steelers offense is averaging 4.7 yards per carry heading into Week 8, you can probably expect to see running back Le’Veon Bell get quite a bit of work on Sunday. Last season against the Bengals, Bell rushed for 205 yards on 34 carries before leaving the second game against them with a hyperextended knee.