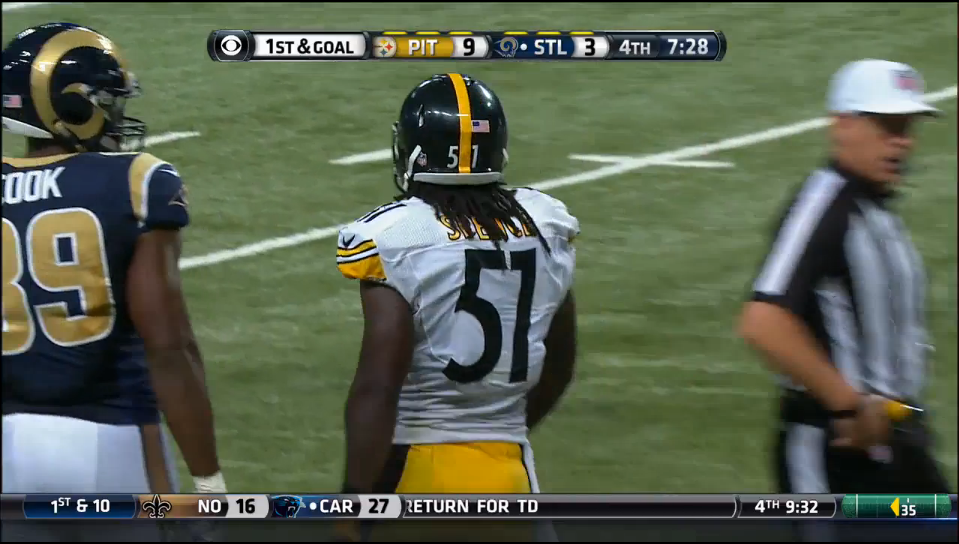 “We’re going to continue utilize both of those guys in replacing Ryan. Both have played for us in the past. Both are capable of playing good, above the line ball. Both guys are high energy guys, good communicators, we’re comfortable with our depth at our position,” he told the media during today’s press conference.

Based on my snap count, Spence out-snapped Williams 41-11 in Sunday’s win over the St. Louis Rams. Williams played only two series with Spence picking up the rest. Unlike last year, the team did not play Spence in just base and Williams in nickel.

As Tomlin alluded to, the Steelers’ greatest depth might be at inside linebacker and it would be foolish not to rotate that kind of talent in. But based on what happened yesterday, it seems clear that Spence is much more “the guy” than Williams.