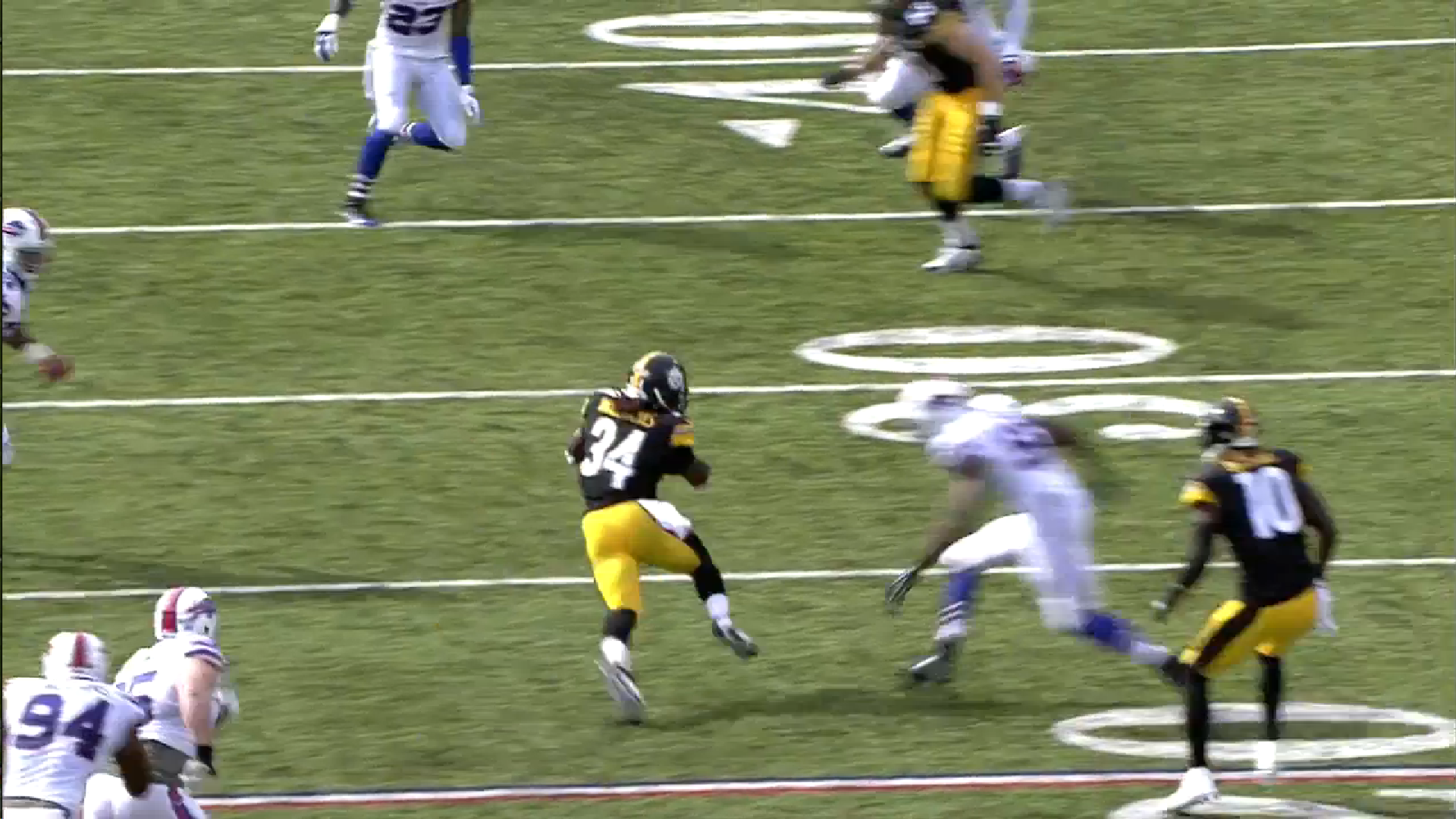 I wrote about DeAngelo Williams yesterday and how he already looks prepared for the start of the regular season, during the first two games of which he will be called upon to be the starting running back of the Pittsburgh Steelers. It was the reason he was signed in the offseason after learning about Le’Veon Bell’s suspension.

It should not be a surprise, after all, as he has been a starter for the majority of his lengthy career. He has the capacity to be an all-around back, and he showed that in spades in short work against the Bills in rushing, receiving, and pass protection.

Pass protection is a substantially undervalued facet of the running back position, and by the looks of it this preseason, Williams may be the only halfback on the roster outside of Bell that is actually able to do it. He showed as much early on by picking up Jerry Hughes around the left edge, assisting the tight end in his block, though the play resulted in a sack anyway.

Williams got the Steelers’ second drive off on the right foot, and was largely the primary catalyst on the length of the drive, accounting for 25 yards and eight points. It started out through the air, opening the series with a 10-yard reception on which he spun off the contact of two defenders.

It’s worth taking a closer look, however, at the throw, and the catch. The throw was actually delivered behind Williams, aimed where he was rather than where he was going. The veteran running back did an impressive job of reaching back for the ball in stride and hauling it in effortlessly. 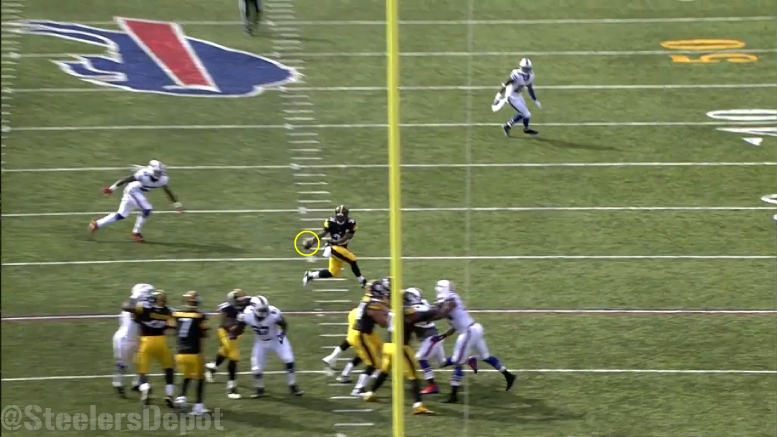 Williams followed that up with a 14-yard run up the right sideline, through a hole afforded him with some quality blocking by the right side of the offensive line, as well as the perimeter. It was a fairly easy run, but for his part, he showed good burst at his new playing weight of 215 pounds.

The veteran capped off the drive with a one-yard touchdown run that he made look easy. Williams made sure to hug the line before kicking the run out wide and outracing the defensive backs handily to the perimeter.

It was the Steelers’ first rushing touchdown of the preseason, coming out of a rare 23 set, with no receivers on the field. There was no deception here that it would be a run. Pittsburgh, and Williams, simply out-executed on the play.

For an encore, Williams and the Steelers scored on the ground again for the two-point conversion, with Williams actually slipping and losing his footing as he tried to cut the run back. He was quick to get back on his feet and finish the play, however, getting into the end zone untouched.

For those who may have doubted whether or not the offense would be in good hands in the backfield in the absence of Bell—a doubt well-founded in prior evidence—Williams provided the necessary answers against the Bills, checking all the boxes in each phase of his game.