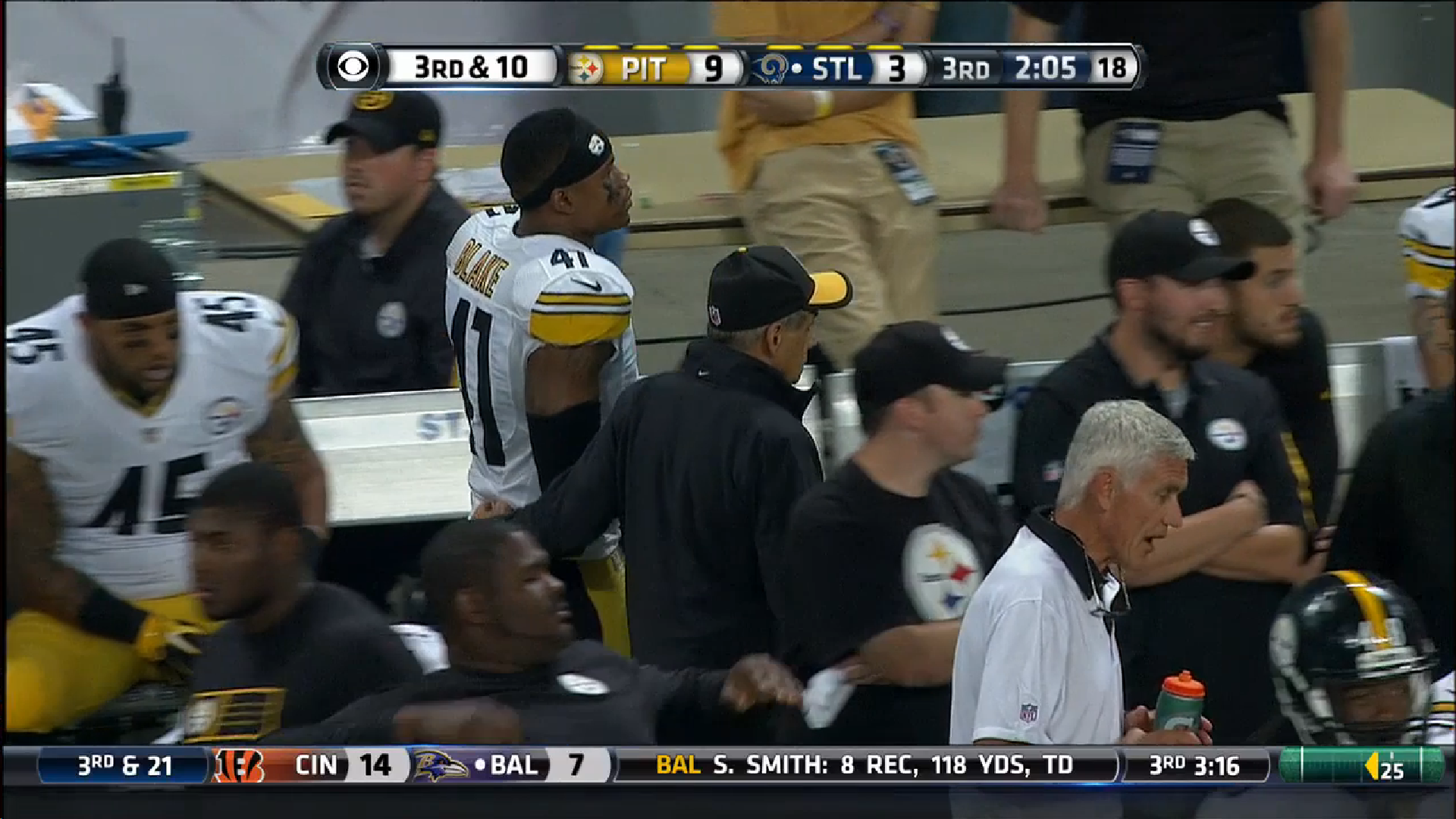 There were a couple of firsts for the Pittsburgh Steelers, and for the league, on Sunday afternoon in St. Louis.

For starters, the game was delayed nearly a half hour due to the fact that the pre-game pyrotechnics sent off during player introductions caught fire on the turf and burned for several seconds, causing the stadium crew to spent quite a while repairing the damage.

More newsworthy, however, was the first occurrence of the league’s new concussion protocol taking effect in the middle of the game.

During the offseason, the league’s competition committee passed a rule that calls for an independent medical observer who views the game from the booth and has the authority to call a medical timeout to stop play if he deems it necessary to remove a player from the field that may have suffered a concussion.

That is what happened for the Steelers in the second half, when cornerback Antwon Blake took a knee to the helmet. Before the next play was run, the officials ran out to the middle of the field to issue the medical timeout as Blake was escorted to the sideline, and ultimately to the locker room, to undergo the concussion protocol.

Blake was ultimately cleared to return, with the attendant satisfied that he was symptom-free of any concussive effects, but the fact that it occurred is a very welcome sight for me personally, even if it meant taking a starter off the field for a few plays for the Steelers.

It is a significant step forward in the player safety initiative, and a very valuable one, in my opinion, if comments made by current and former Steelers about having played through multiple concussions is anything to go by.

A concussion is not, and never will be, an injury that you can shake off. Players must be protected not only from themselves, but from their coaching staff, their teammates, and anybody else that demands to see him stay on the field at the potential expense of his short-term and long-term health.

Former Steelers wide receiver Hines Ward once infamously took a shot at quarterback Ben Roethlisberger in public comments in advance of a key divisional matchup with the Ravens, which the veteran quarterback sat out with concussion-like symptoms. That is the type of locker room culture that the league is working to eradicate.

Introducing the independent observer who watches the game in real time and has the opportunity to review plays and stop play for the sake of a player’s health is a bold and surprising, but necessary move forward in the right direction, an affirmation that player health is paramount over other external factors.

Nobody should have the mentality that they can play through a concussion, and that requires education about what it actually is, starting with the elimination of misguided euphemisms such as having your “bell rung” or “seeing stars”. Blake was the guinea pig to see how this new system will work in a real game-like situation, and I think that it was handled well.