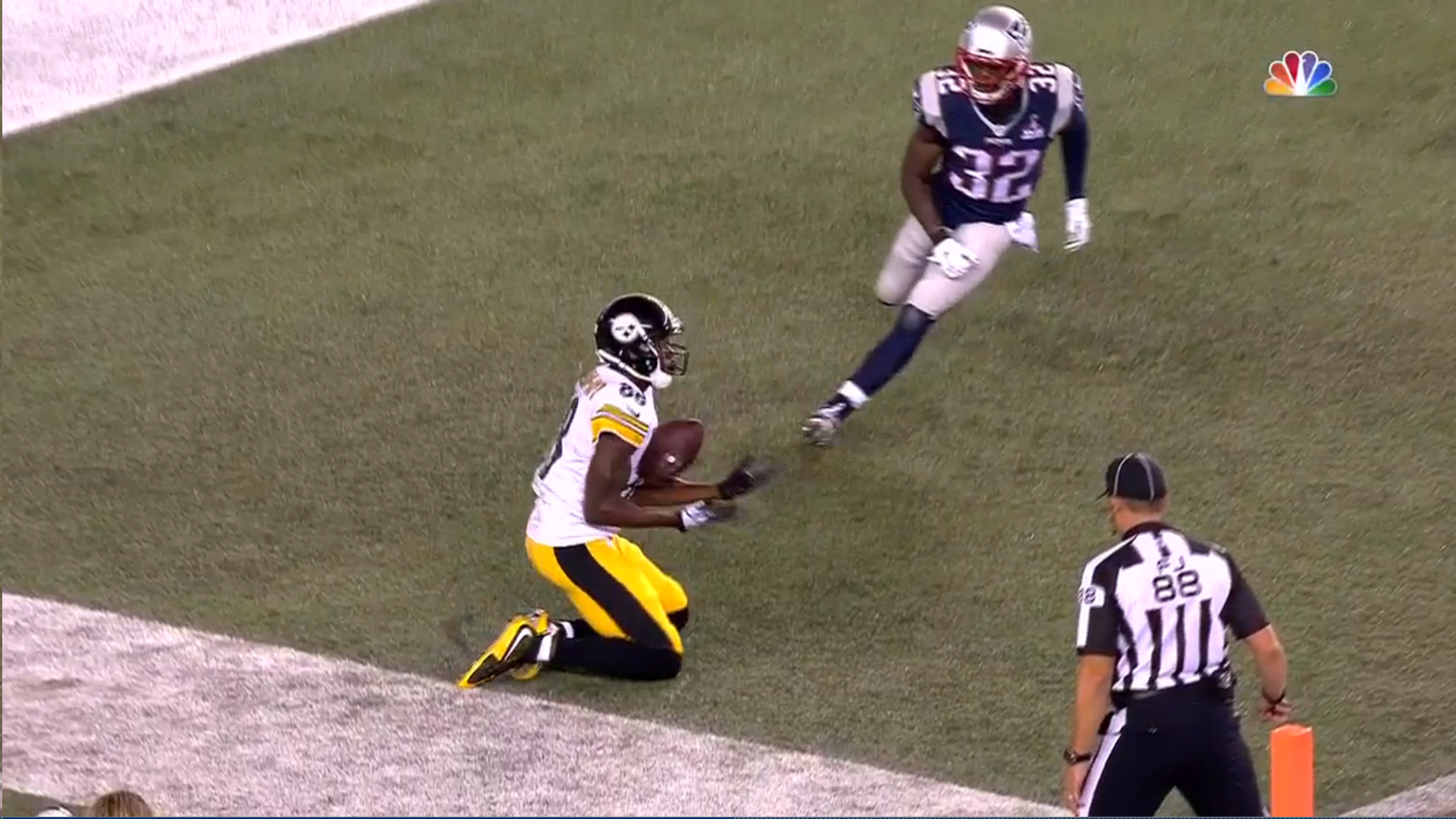 It should go without saying by now for every game that he plays, but Pittsburgh Steelers All-Pro wide receiver Antonio Brown impressed during the team’s season opener last Thursday, finishing the game with 133 yards on nine receptions and a touchdown, a performance that extended a number of obscure consistency streaks that the sixth-year receiver holds.

And quarterback Ben Roethlisberger also had a fine game, in spite of his 1:1 ratio of touchdowns to interceptions, throwing for 351 yards at over nine yards per pass, completing close to 70 percent of his throws.

But the Steelers need to see better and more consistent production from the rest of their wide receiver corps, especially now while they try to bridge the gap between now and the return of Martavis Bryant after the next three games.

With Markus Wheaton starting opposite Brown and Darrius Heyward-Bey playing in three-receiver sets, the two combined for seven receptions and 113 yards, 22 of which came on the final drive on three receptions. Tyler Murphy also added a 16-yard reception on that final drive during garbage time, with the Steelers down 14 points.

Wheaton caught three passes on seven targets for 55 yards and one drop, though he did have one spectacular catch, and nearly another that he was unable to hold onto through hard contact with the ground on a deep ball. He also was the recipient of Roethlisberger’s successful two-point conversion pass that is not factored into the above statistics.

Heyward-Bey was targeted seven times as well, coming up with four receptions for 58 yards, 43 of which came on one deep ball. While he did not have a dropped pass, he could have in essence, as he recorded a 26-yard reception in the end zone with his right foot out of bounds, negating the catch. He was also the intended target on Roethlisberger’s interception, though he deserves little blame for what was a poor decision and throw.

While Roethlisberger’s aerial statistical output, recited above, was impressive, it would be nice to see more of it come from the Steelers’ other receivers, particularly against a couple of the transitional secondaries that they are seeing in the first two weeks of this season. Like the Patriots, the 49ers have also turned over their cornerbacks, so they should be able to be productive.

Of course, a play goes a bit differently here and there and we’re talking about something else, but such is the nature of a sport that so often hinges on one or two things breaking the right way out of, say, 120 to 150 plays per game.

The Steelers did get Heath Miller involved in the passing game going for 84 yards on eight receptions, but the running back group as a whole had just one reception for five yards.

That position has become prime real estate in the passing game recently with the Steelers thanks to Le’Veon Bell, who will be returning from his suspension after this game. Until then, Wheaton and Heyward-Bey could stand to pick up a bit more slack.