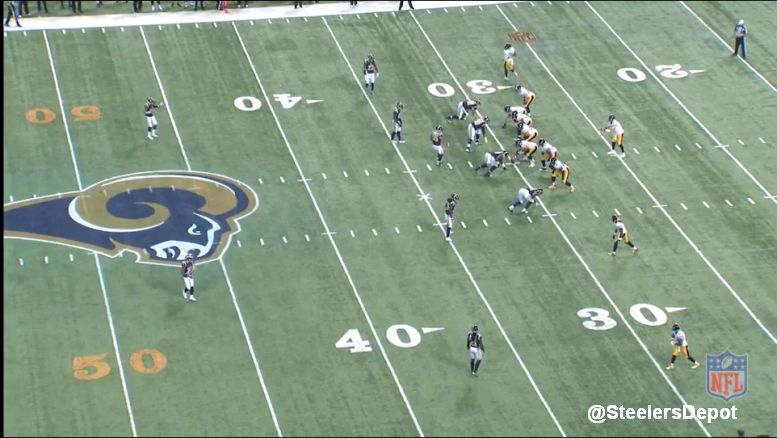 Todd Haley surprised most of us by opening up the offense on the Pittsburgh Steelers first drive Sunday. Empty set and mixing in Le’Veon Bell and DeAngelo Williams at the same time. It was extremely successful start with five of the team’s first six plays picking up at least seven yards.

Empty is a powerful scheme that allows you to do several things.

All three were on display on the Steelers first drive.

Here’s their first play of the game. 21 personnel but an empty set, spreading the St. Louis Rams out from sideline to sideline. You can see the cushion the Rams’ corners have pre-snap. 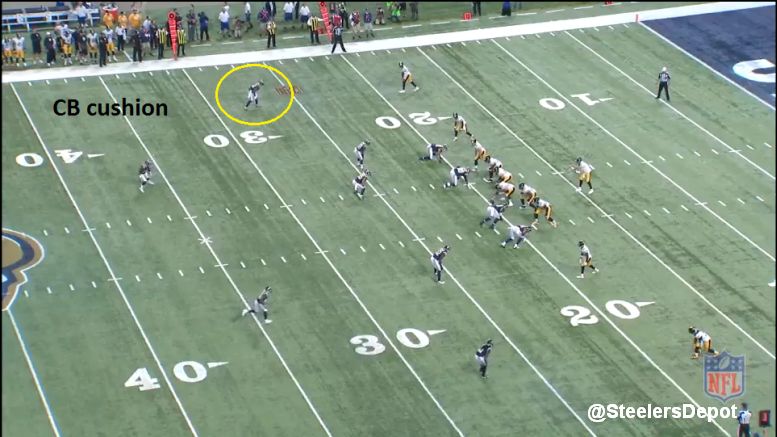 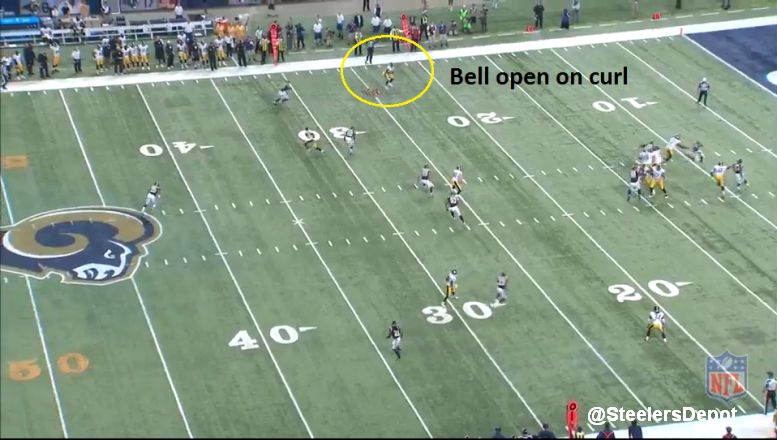 12 personnel the next but the Steelers motion to empty with twins receivers to the bottom.

Markus Wheaton, the slot receiver, stems inside to hold the nickel back. With the corner to the bottom opening his hips in a bail technique, Antonio Brown easily separates on his hitch. Pitch and catch for a seven yard gain. 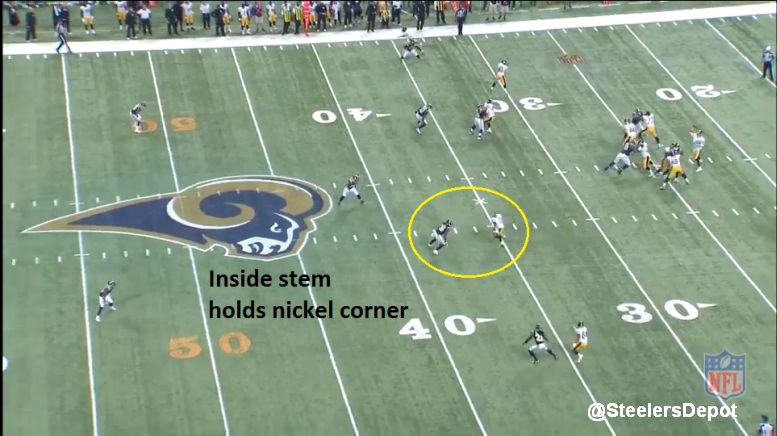 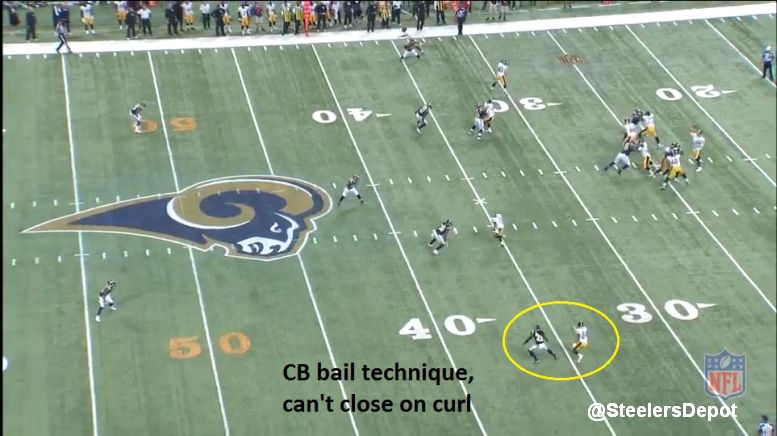 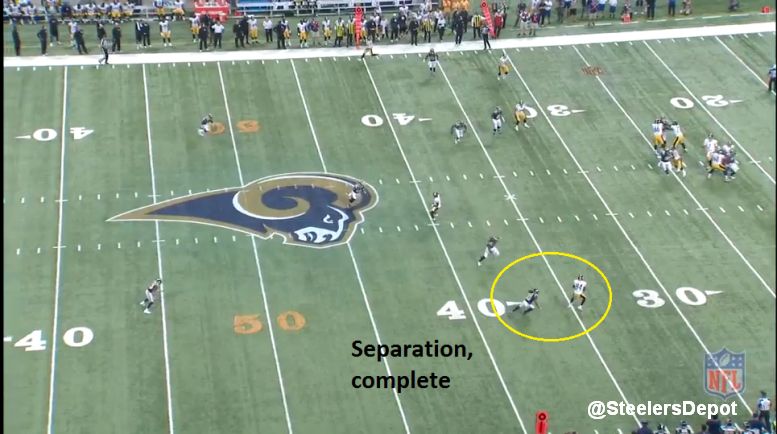 Jump to the next play. Empty again with four receivers on the field, including rookie Sammie Coates. Rams put themselves at a disadvantage pre-snap, matching two defenders to the three receiver side. 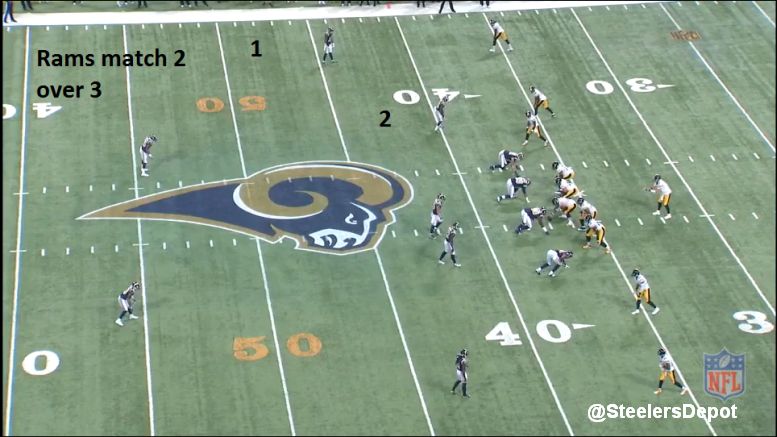 They’re trying to disguise their coverage by having the safety roll down on #3 but he’s in no position to adequately defend the slant. Wheaton catches the ball on the move, offenses always prefer hitting a moving target to a stationary one, and it’s a 12 yard pickup. 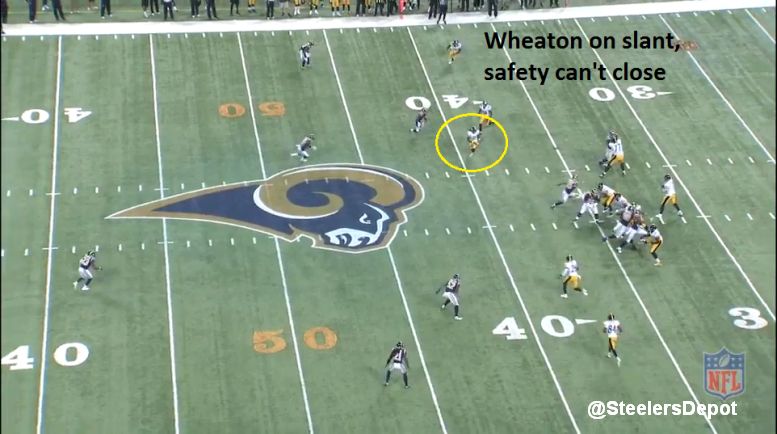 St. Louis also blitzes James Laurinaitis. He’s unblocked but with the ball coming out so quick, has no chance of getting home. You’re telling the defense they’re going to have to sit back in coverage or open up windows for the offense to exploit. A good idea against an aggressive defensive coordinator like Gregg Williams.

And finally, the last play we’ll examine. The Steelers motion to empty, splitting Bell out wide. This forces the Rams to declare how they’re going to cover him. Alec Ogletree follows him. In response, Laurinatis takes Ogletree’s spot over Heath Miller, leaving the middle of the field open. 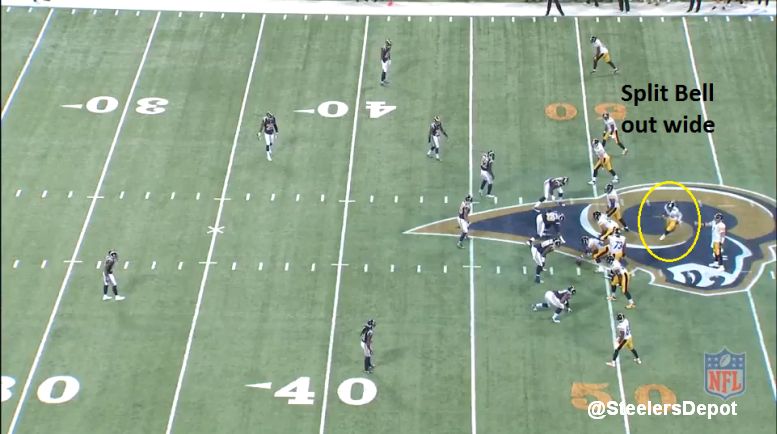 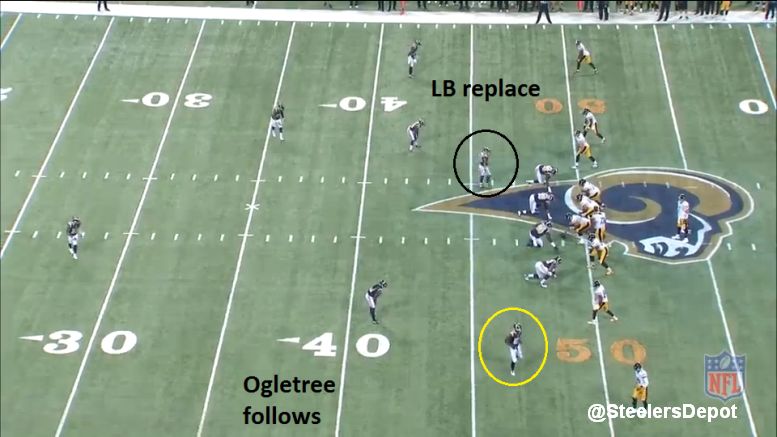 This motion and the response from the defense leaves Brown isolated on the corner. He wins on the slant, any receiver will win with that sort of off-coverage, and Ben Roethlisberger immediately hits him for a six yard gain.

It’s another blitz, again by Laurinaitis, but like before, has no chance of working. Catch and release from Roethlisberger to Brown. Even if Laurinaitis drops in coverage, he’s not defending that pass from the hash. 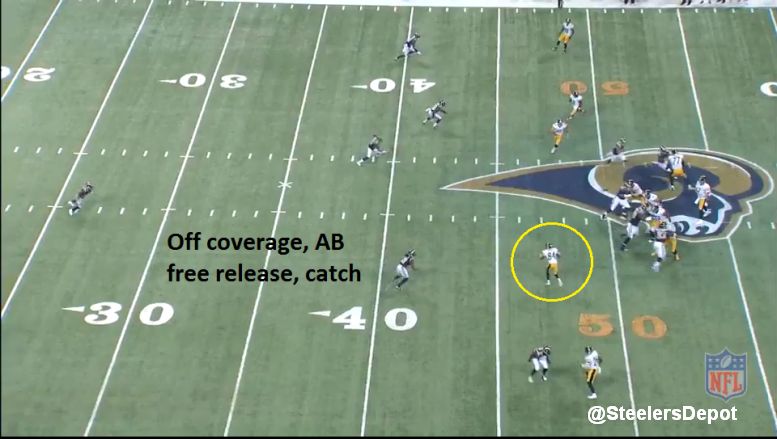 It was a little discouraging to see Haley get away from that for practically the rest of the game, though it isn’t feasible to run it all game long.  But empty is an incredibly tough formation for even NFL defenses to defend. It creates efficiency. For an erratic player in Michael Vick, it’s a tool to make low-stress throws and get the ball into the hands of his playmakers.