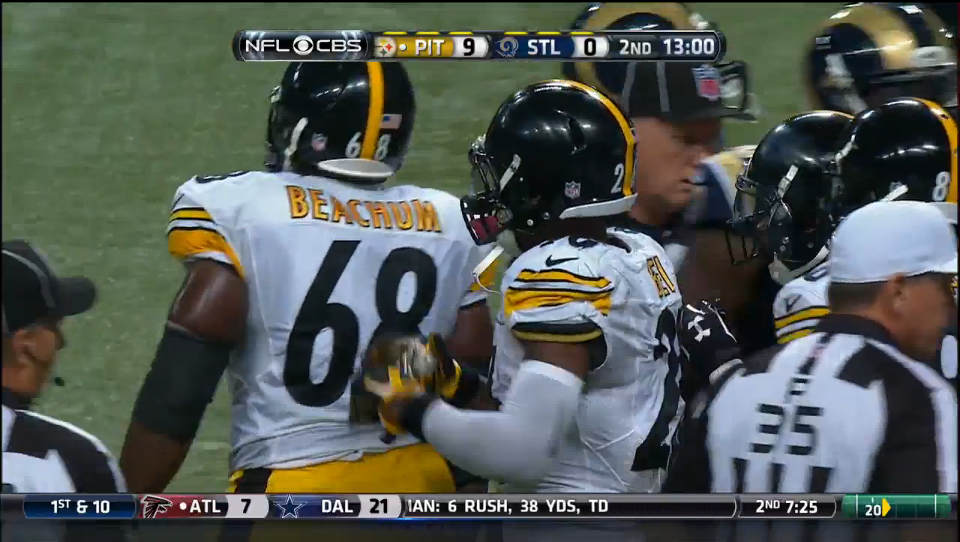 Your weekly stats of the weird. Injuries aside, not a lot to offer in a sluggish game.

– We’ll start with the score, the most eye-popping weird stat in the box score. The Pittsburgh Steelers’ won 12-6, the first game of that score they’ve ever been involved in, win or lose. It’s only the third 12-6 game in the NFL since the turn of the century, though there was such a game last season. That one also involved the St. Louis Rams, losing by the same score to the Arizona Cardinals.

– The 18 total points is the first game the Steelers have been involved in with a combined total under 20 since a 14-3 win against the Browns in 2011.

– It’s the first time the team has scored 12 points since 2009. That’s the second time under Mike Tomlin. Bill Cowher only did it once in his tenure. A 1994 12-9 OT win over the Houston Oilers. It was the only previous time the Steelers scored 12 points and won. They lost the other eight occurrences.

– This is obviously only because of his injury but Ben Roethlisberger threw for fewer than 200 yards and zero touchdowns for the first time since October 31st, 2010 against the New Orleans Saints.

– The Steelers were sacked five times today. That’s the most since Week 11 of last year and surpasses the two allowed in the first two weeks of 2015.

– Antonio Brown has opened the season with three consecutive games with at least 9 catches. That’s his third separate streak since 2013. No other receiver in the league has done it once.

– Stephon Tuitt already has 3.5 sacks through his first two seasons. That ties him for 9th place in franchise history for a DL over that span. And he’s sure to move up the list, only needing another two to move into fourth place. The record is 15 sacks by Keith Willis, who picked up 14 of those in his second season with the Steelers.

– Just to reiterate because it’s my favorite stat I’ve been preaching but Will Allen’s interception is the first by a Steelers’ safety since Week 14 of 2013 when Troy Polamalu picked-sixed Ryan Tannehill. It was a span of 782 attempts.