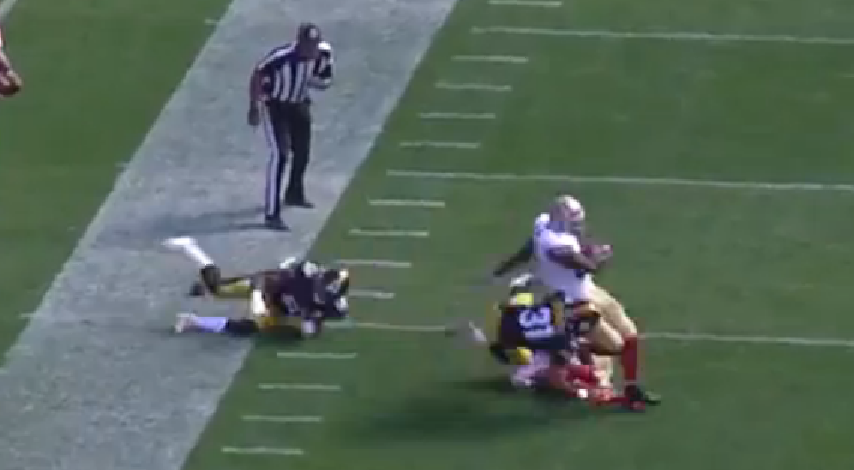 While the Pittsburgh Steelers retained their two starting cornerbacks from the season opener, their nickel corner, Cortez Allen, sat out with a knee injury. It was expected that Brandon Boykin, acquired via trade during training camp, would serve as the nickel back in this game, but a groin injury sidetracked that plan.

With the fourth-year cornerback missing practice time—one full practice and limited participation on another day—there opened a window of opportunity for Ross Cockrell to get reps in practice, and that translated into time logged on the field on Sunday.

Both Cockrell and Boykin did play in the game—more on Boykin’s playing time later in the week—but it was Cockrell who served in the capacity as the nickel cornerback. And due to the blowout nature of the game, the second-year cornerback saw a lot of playing time, which a significant proportion of it coming in the fourth quarter.

Cockrell, of course, was the cornerback, cut from the Bills, whom the Steelers signed on final cut down day as their sixth cornerback, becoming the fifth cornerback after they waived rookie Doran Grant—like Cockrell, a fourth-round pick—a day later before later re-signing him to the practice squad.

Because both Boykin and Cockrell are fairly new to the defense, they are getting the rookie treatment, meaning if they don’t practice, they don’t play, or are at least limited. I would imagine that, had Boykin not been dealing with a groin injury, he would have taken most, if not all of Cockrell’s snaps.

But perhaps things worked out for the best in this case, as Cockrell was able to confirm what the Steelers believed when they signed him, which is that he has some cornerback skills, and obviously enough that they believe they can trust him on the field, logging 40 snaps in the game.

A full 15 of those 40 snaps were logged on the 49ers’ final drive of the game. He only played on select snaps in the first half of the game while it was still competitive, entering on third downs and long-distance situations, often a snap at a time.

Cockrell played exclusively as the left outside cornerback during the game, perhaps in part in order to limit the amount of thinking required for the player that has only been on the roster for a couple of weeks, but he played well in his playing time.

He was targeted four times throughout the game, including three on the final drive, and though he gave up receptions on all four of them for a total of 34 yards, none were egregious errors. The 14-yard reception that he gave up late came in zone coverage off of a scramble about six seconds after the snap, for example.

In my layman’s take, Cockrell showed fluidity in his movement, staying with receivers down the field and not getting beat deep, even if the quarterback rarely looked his way. The majority of his receptions were given up on hitches for six or eight yards per.

He also tackled well. Based on his play on Sunday, in my estimation, he gives the Steelers a better chance to play winning football right now than would Grant, thanks in large part due to the Duke graduate’s ability to be a quick study.