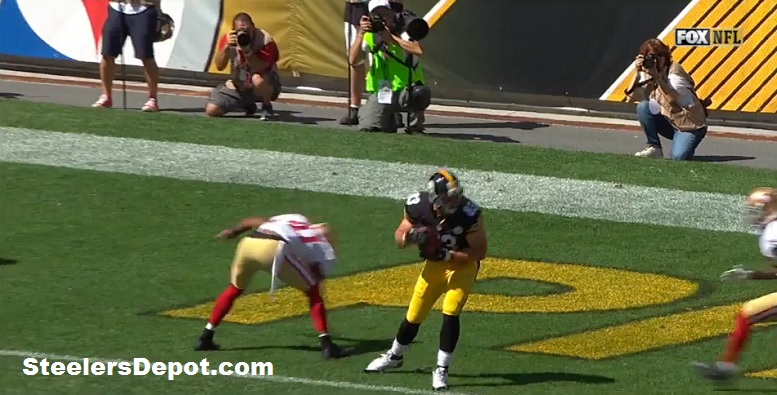 The Pittsburgh Steelers worked all offseason on their two-point conversion offense and through the first two weeks of the 2015 season, it certainly has shown.

So far, the offense is 3-for-3 on two-point tries and according to quarterback Ben Roethlisberger on Wednesday, you can probably expect them to continue to go for two after every first touchdown that they score in a game.

“Oh, we’re going to keep doing it,” Roethlisberger said. “We don’t practice it this much to not do it. We practice it every single day. … I tried to tell you guys early on that we would do it, and I think you guys kind of didn’t quite believe it. But it’s something we feel comfortable with.”

Roethlisberger says he and the coaching staff prepares seven or more two-point plays a week that they like and then rank them as favorites from there. He knows that scoring early in a game and going for two also can put pressure on the opposition.

“If you’re up 8-0 and they go score, they have a decision to make,” said Roethlisberger of opponents. “We feel like we’re a team that’s going to do it enough that it’s going to be hard to get a beat on us.”

As potent as the Steelers offense appears to be this season, it certainly makes sense to go for two more times than not. Scoring two touchdowns and two extra points at the start of a game could potentially put their opponents on their heels early and perhaps even force them out of their original game plan if they were to panic.

Regardless of how often the Steelers offense goes for two moving forward, at least we know the level of preparedness that they have should they run into a game situation in which they really need those two points. That’s bound to happen at some point during the season.

Besides, the way kicker Josh Scobee started the season, they might as well go for two more times than not.