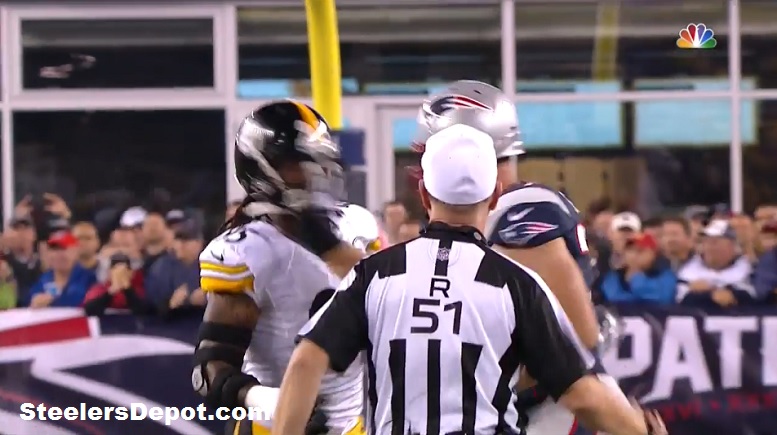 Just prior to Week 1 game against the Pittsburgh Steelers, New England Patriots left tackle Nate Solder signed a two-year contract extension worth $20.062 million. Solder, however, will now forfeit a little bit of that money due to him being fined.

According to Ben Volin of the Boston Globe, Solder was fined $8,681 this week for his unnecessary roughness penalty against the Steelers in Week 1.

#Patriots LT Nate Solder was fined $8,681 for unnecessary roughness against the #Steelers

At the conclusion of the Patriots first offensive play of the 2015 regular season, Solder got into it with Steelers outside linebacker Jarvis Jones. The left tackle then proceeded to slap Jones in his facemask with an open hand and a flag quickly followed.

While the Patriots did wind up winning the game, Solder didn’t have his best showing as he allowed one quarterback hurry in addition to him not run-blocking well at times against Jones.

It is not known if Solder will appeal the fine, but based on the luck the Patriots have had as of late with the process, perhaps he should.

In case you missed it, make sure to check out our recent Steelers Film Room post on Jones.