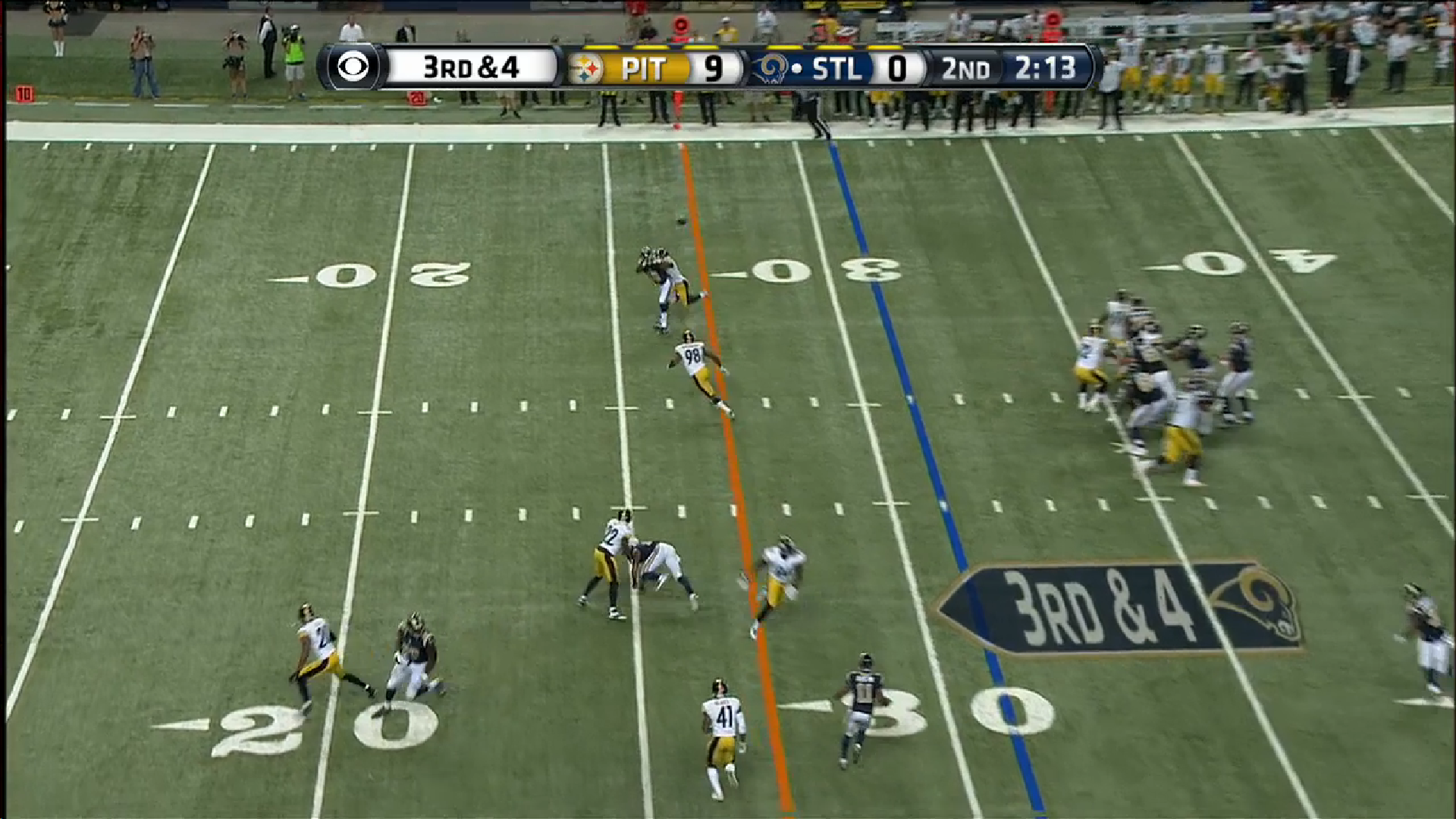 For most, the Pittsburgh Steelers’ signing of cornerback Ross Cockrell would have seemingly been little more than an afterthought had the team not subsequently released Doran Grant, their rookie fourth-round cornerback, the following day, fearing that it would mean the team would lose him.

Though Grant cleared waivers and was re-signed to the team’s practice squad, I can’t help but wonder if there is a bit of resentment toward Cockrell from some segment of the fan base because of what his signing ultimately means, and has meant, but through two games’ worth of play, I have difficulty coming up with much to criticize about his performance.

The fact that there is even a performance to comment upon is both interesting and surprising, because the Steelers rarely ever rely upon either young players or new players, and Cockrell checks off both boxes. As a former fourth-round draft pick from the 2014 NFL Draft who was signed on the final cut down day a week before the season opener, it was thought that he was set to enter a glorified redshirt season.

That is, after all, the same path that was taken by Antwon Blake in 2013, and B.W. Webb in 2014. Both were, at the time, second-year cornerbacks who were released after one season and signed by the Steelers just prior to the start of the regular season.

In the cases of both, their contributions remained nearly entirely on special teams, with only a small handful of snaps on defense that did not even approach double digits. The thinking was that they did not have a strong enough grasp of the defense in such a short amount of time to be able to be accountable on the field so early.

In spite of the fact that Cockrell joined the team under identical circumstances, he has already logged well over 50 snaps in the two games in which he has been active, and by the looks of it, he figures to have a helmet on game day for as long as he gives the team no reason to take it away from him.

In the first extensive playing time of his career against the 49ers, Cockrell saw nearly 40 snaps on defense as the left outside cornerback when the Steelers moved to their nickel package, which they did often as a result of San Francisco trailing heavily most of the game and commanding extended drives.

This past week, the defense did not log anywhere near the number of snaps that they faced a week earlier, but Cockrell still saw the field for nearly half of them to the tune of a couple dozen. He was pit against Kenny Britt, who was targeted three times in his coverage.

Britt completed just one reception against Cockrell for five yards, actually producing negative yards after contact. His first target resulted in a pass defensed, which was popped up into the air and nearly intercepted on a third down. He is playing and performing ahead of schedule, giving us nothing to complain about.