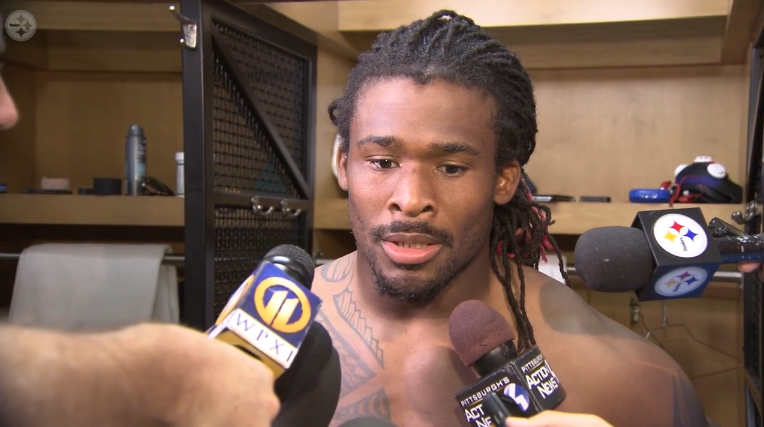 There are a lot pleasant surprises from the Pittsburgh Steelers already. Bud Dupree is playing more and at a higher level than almost anyone anticipated. Darrius Heyward-Bey is making splash plays. Twitter is still standing after the Brandon Boykin saga of Week One.

But none may be bigger and show a starker contrast than the upgrade from LeGarrette Blount to DeAngelo Williams.

After Blount’s Week Three performance against the Carolina Panthers, which was an objectively strong game, he played with the enthusiasm as someone who smoked his surname. Over his next, and final, 48 carries, Blount had only one run of more than nine yards. His 2.8 yards per carry average was about as abysmal as it got. He fumbled, wasn’t a threat out of the backfield, and struggled in pass protection. His role shriveled up until he was deemed expendable.

Listen, I don’t know exactly what kind of person he is. Blount had friends on the team. He wasn’t the uncool kid in school (read: me). But the Steelers clearly considered him an issue in the locker room – a distraction at best, a cancer at worst. And I’ll always remain convinced he pushed Todd Haley, the final straw – along with him leaving the Tennessee Titans game early – that led to his release.

The Steelers were left without a backup running back the remainder of the season and it showed when Le’Veon Bell went down in Week 17. Ben Tate starting that playoff game will one day serve as a trivia question. And we’ll probably all get it wrong.

Enter Williams. His personality can sometimes be bristling, he’s not afraid to get a little defensive if people question his ability, but that’s natural for a player probably annoyed by all the sudden doubt that surrounded him.

After finding paydirt three times against the San Francisco 49ers, and overall providing stellar and stabilizing performances, his comments on what he felt good about showed his true character.

“You know what I feel good about? Help is on the way. Le’Veon Bell, the young bull, is coming back. There is no one more excited than I am because I know how special he is and the talent he brings to the table. How defenses have to strategize not only against our pass game and our run game, but they gotta account for Le’Veon Bell as well. Giving him a breather whenever he needs it. I can’t wait until he gets back,” he said to reporters.

An offensive player not wearing a lineman’s number being…unselfish? Now I’ve seen it all.

It was a refreshing moment and key perspective for a player riding the high of a win. But Williams was subdued, cracking a smile and appeared genuinely happy to secede the starting role to #26.

And on the field? There’s no comparison. Williams rushed for over 100 yards in Week One. Three touchdowns in Week Two. He was solid in pass protection, chipping and helping to keep Aaron Lynch in check on Sunday. He’s shown a burst, some power, and helped keep the offense’s beat.

Like Rush, Williams and the Steelers’ offense are making beautiful music.