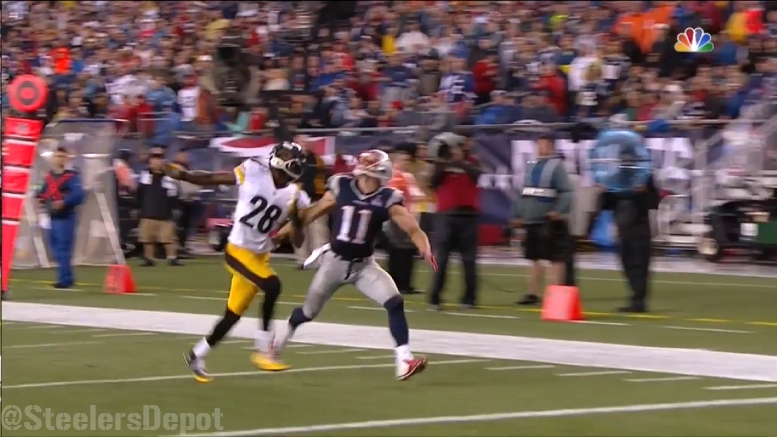 Listed as a limited participant in the Tuesday injury report is fifth-year veteran cornerback Cortez Allen, who has missed the past two games with a knee injury. The Pittsburgh Steelers have had to make do with replacements far less well-versed in the defense than Allen, but the coaching staff may be in no rush to get him back out on the field.

In fact, it is beginning to seem increasingly as though his days in Pittsburgh are numbered, in spite of the long-term contract that he signed just prior to the start of the 2014 regular season, which many regard as the worst deal made in recent years.

It’s hard to argue with that point of view based on the results. The Steelers had hoped that he would be able to take over a starting role in his third season after starting several games down the stretch of his second year in place of the injured Ike Taylor. He managed to string together a flurry of turnovers late in that year, with the front office falsely presumed would become a habit.

The following season, Allen dealt with injuries in training camp, and then early in the season, forcing him to miss time. When he returned to the lineup, he found himself demoted after a couple of games due to poor performance, and it took him most of the season to be entrusted in the base defense again.

He resumed his spot in the starting lineup again to begin the 2014 season, but after the first six weeks, he was demoted to the nickel once again, and then two games later, benched for good. He later was hurt and finished the year on injured reserve.

This year, he was expected to enter the starting lineup once again, but he was swapped out for Antwon Blake in the week of practice leading up to the season opener, evidently after the coaching staff was left unsatisfied with his work in the preseason.

Allen struggled in the season opener, missing a couple of tackles, and he has not been back on the field since, and the Steelers were forced to turn to Ross Cockrell, a second-year player who had only been signed to the team a week before the start of the regular season.

But Cockrell has logged sufficient snaps over the course of the past two games and has shown well for himself. meanwhile, the Steelers are unable to even get Brandon Boykin onto the field, which they made a trade for during training camp.

Even when Allen does return, right now it’s hard to imagine him receiving playing time on defense, given how things have gone in the secondary thus far this year.

I don’t believe that he has earned any veteran’s benefit of the doubt. He has proven unable to stay healthy, and unable to perform on the field consistently. He may well be regarded as the fifth and final cornerback on the depth chart when he does return and find himself inactive on game days unless something changes.