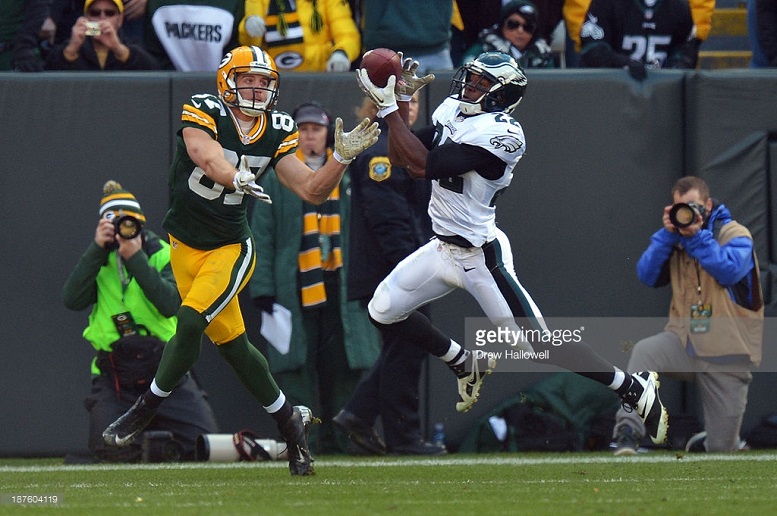 Pittsburgh Steelers cornerback Brandon Boykin confirmed to media sources yesterday that he worked with the first-team defense in sub-packages during practice on Monday, after he failed to log a single snap during the team’s opening day loss. Boykin, whom the Steelers acquired during training camp via a trade, expressed his confusion over his lack of playing time that game.

But there’s a fair chance that Boykin doesn’t see a lot of time next week either, though that has a lot to do with their opponent, the San Francisco 49ers, who heavily exploit heavy run packages with two or more tight ends.

They opened their Monday night victory in a three-tight end set, in fact, and their second tight end, Garrett Celek, logged close to the same number of snaps, 52, as the 49ers’ top receiver, Anquan Boldin, who played 59 of 73 snaps.

Celek did play more snaps than Torrey Smith, who logged 44 snaps, while third tight end Vance McDonald accumulated 36 snaps. The other two wide receivers that played in the game logged a total of 17 snaps combined.

It’s fair to point out that the 49ers led for much of the game, which would lend itself to more run-heavy formations, but San Francisco is clearly on the more tight end-oriented side of the spectrum league-wide.

And the Steelers are one of the few teams who still try to play predominantly in their base package anyway, one of only a couple of teams to play more in base than with at least five defensive backs on the field last season.

The 49ers are going to attack the Steelers defense predominantly on the ground, if they can help it, running 39 times in comparison to 26 pass attempts. And if we’re being honest, Carlos Hyde certainly has the skill set to do what Dion Lewis did to the defense last week.

It’s quite possible that Boykin has finally ascended the depth chart, climbing up to serve as the first cornerback off the bench, as of practice this week, but the next game doesn’t figure to be his coming out party simply because it won’t make much sense for the nickel back to be on the field much against two and three tight ends who primarily run block.

In case you were wondering, the 49ers opponents on Monday night used five defensive backs on just 10 plays, out of 73, to give you an indication of how San Francisco carries out its game plan. They are not a team that will move outside of its identity simply because the defense provides a more favorable look. They are confident that they will beat you by doing what they do best.

The fact is that the Steelers will want to get them to throw, as they always do, making opposing offenses one-dimensional, thereby increasing the risk of creating mistakes that can be capitalized upon. Limiting the run and attaining an early lead will not only get Boykin on the field more, it will put the defense in the situations it prefers.